After the last two weeks, we suspect that a lot of investors are looking for a silver lining in the stock market. If that's you, we may have something for you, because the new year got off to a strong start for dividend paying stocks in January 2018. 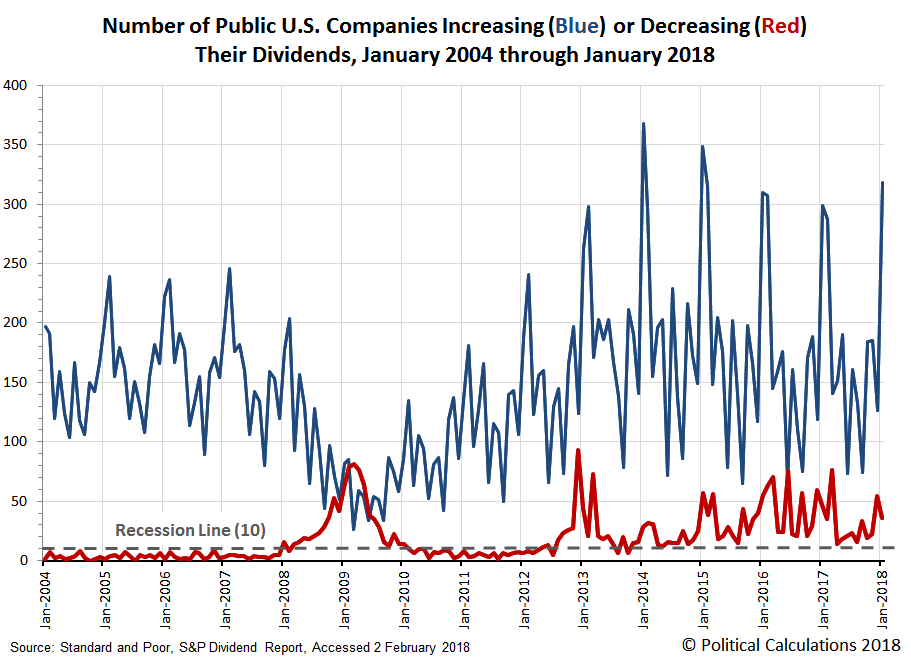 That strong start follows the rebound for the number of dividend paying stocks that began in 2017. Better still, the passage of the Tax Cuts and Jobs Act in December 2017 has the potential to continue that momentum well into 2018, even with the market's dramatic correction after a long sustained rally.

Let's go through the dividend numbers for January 2018:

We should caution that one of the main contributors to the dramatic correction in 2018, the recent sharp rise in interest rates, will contribute to a challenging environment for companies whose profits are especially sensitive to rising rates, such as Real Estate Investment Trusts (REITs), and particularly mortgage REITs, and also the stock prices of companies with high dividend yields, such as utilities and telecoms, that will have to increasingly compete with Treasuries paying higher yields for investor attention.