When it comes to the number of dividend increases declared during a single month, the U.S. stock market just recorded its best February ever. 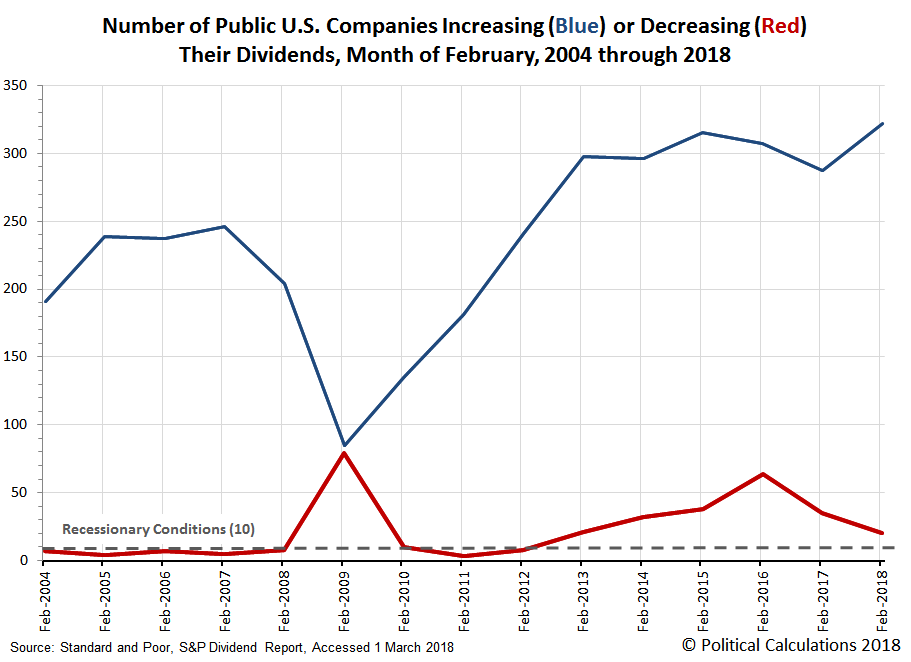 As an important caveat, "best February ever" refers to a data series that only extends back to January 2004, where there are only 15 Februaries to consider.

Still, what makes the month more remarkable is that it also posted the third highest monthly total of declared dividend raises that have been recorded in the 170 months for which we do have this kind of data! 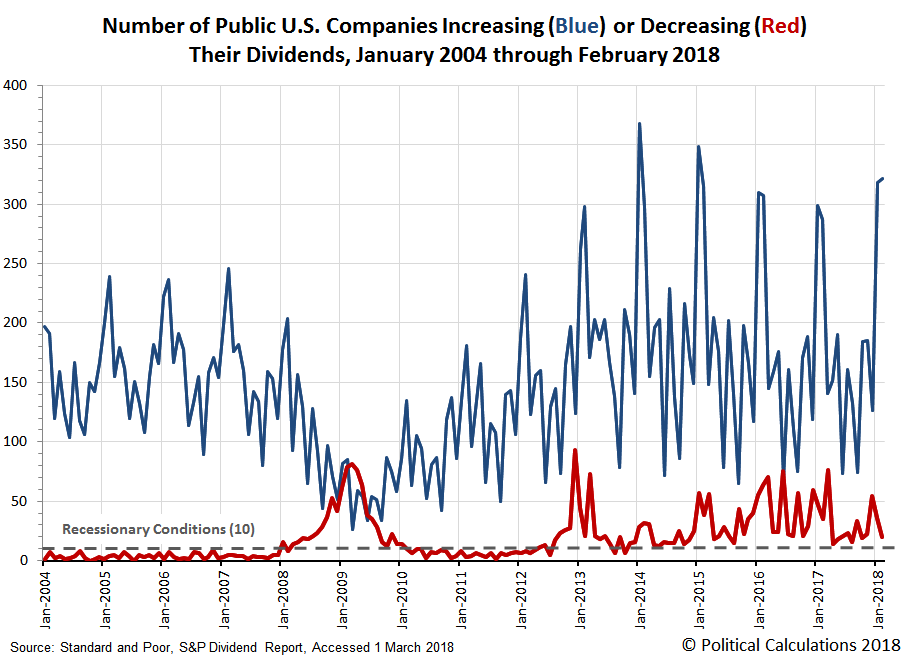 Let's get to the dividend numbers for February 2018:

The increase in companies omitting their dividends is interesting, so we tapped the limited sample of dividend declarations recorded by Seeking Alpha and the Wall Street Journal for February to try to get more insight into what kinds of firms are passing on paying dividends to shareholders. We found just one report in the sample, for Frontier Communications (NASDAQ: FTR), who reported after the end of trading on Tuesday, 27 February 2018 that they would suspend paying their dividend to use the $250 million they would otherwise have paid out to reduce their corporate debt.

Just for fun, here's what happened to the company's stock price the next day.... 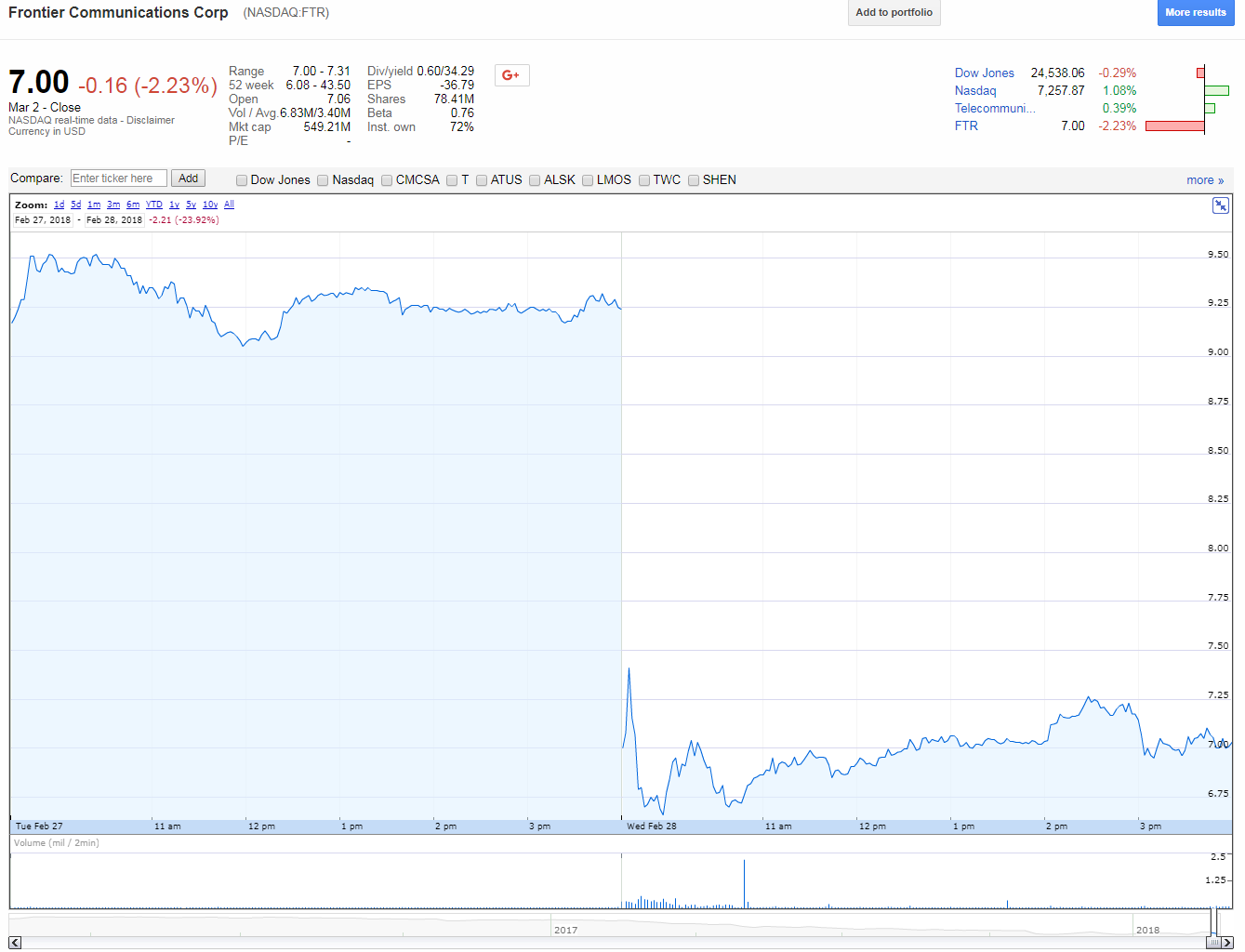 It's not often you get to see a company whack 24% off its market capitalization with a single action. It's a painful thing, which is, of course, why company CEOs and boards of directors avoid taking that step unless the business is experiencing a significant level of distress. Back in December 2017, both Pacific Gas & Electric (NYSE: PCG) and Edison International (NYSE: EIX) suspended their dividends because both utilities expect to have to pay large legal settlements related to damage caused by California's wildfires last fall. Both companies saw their stock prices plunge by similar percentages as Frontier Communications in their respective aftermaths.

Even in an otherwise strong market, there are often stories like these to help keep investors grounded. If they pay attention.