Back in 2011, the USPTO marked the occasion of issuing its 8 millionth patent with a special press release featuring each of the U.S. patents it has issued at multiples of one million, which is the last time they remarked on having granted so many.

The Inventions in Everything team has taken this opportunity to update the USPTO's original press release so that when U.S. Patent Number 10,000,000 is granted later this year, we'll be ready to celebrate the event without having to go back and figure out what happened to U.S. Patent 9,000,000!

The United States issues patents by the millions. Our patent system was created to support intellectual property, which is recognized in our Constitution: "To promote the Progress of Science and useful Arts, by securing for limited Times to Authors and Inventors the exclusive Right to their respective Writings and Discoveries."

Patent number 1,000,000 was issued to Francis H. Holton of Akron, Ohio for his improvement in vehicle tires to make them more durable and puncture resistant. 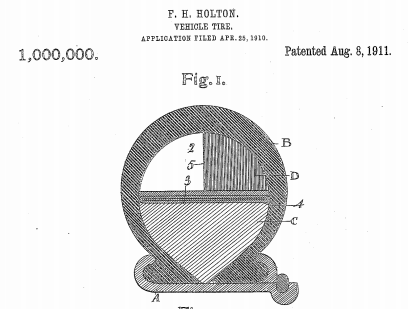 On August 20, 1911, the New York Times noted the arrival of patent 1,000,000 and printed this fascinating story about Holton's "up-to-the-minute contraption" that was "one of the crying necessities of this modern world."

Like patent number 1,000,000, patent number 2,000,000 was related to tires and it was granted to Joseph Ledwinka of Philadelphia for the Edward G. Budd Manufacturing Company. The focus for Ledwinka's patent was for rail cars and consisted of a pneumatic tire, used in combination with a rail wheel provided with a retaining flange. Light in weight, Ledwinka claimed that a rail car provided with wheels and tires of this type could attain exceptional high rates of speed, be braked as severely as desired, and do so safely.

What did the media have to say about the milestone? The Ellensburgh (WA) Capital Newspaper published a photo of Patents Commissioner Conway P. Coe presenting Ledwinka with his patent. Meanwhile, the Tuscaloosa (AL) News also looked at patent number 1,999,999. What a difference a digit makes!

Patent number 3,000,000 reflected an entry into the Information Age. Kenneth Eldredge's Automatic Reading System allowed conversion of human language into machine language. The invention, which was assigned to General Electric, was a means to improve the efficiency and use of automatic data-processing machines.

As patent numbers 1,000,000 and 2,000,000 revolved around wheels, patent number 4,000,000 is where wheels met the road. Robert Mendenhall's Process for Recycling Asphalt-Aggregate Compositions mixed used roadway surfaces with chemicals bringing us, literally, a road to recycle. 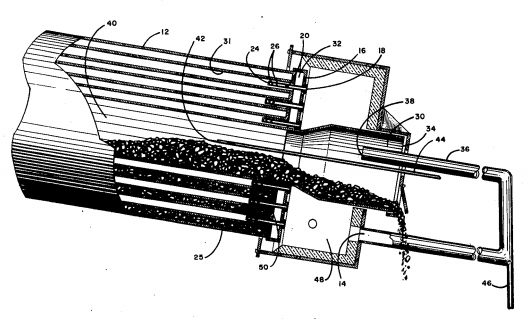 The roots of patent number 5,000,000 could be found in biochemistry. A trio of scientists, Lonnie O. Ingram, Tyrrell Conway, and Flavio Alterthum, created a means of using E. coli bacteria to produce ethanol. The patent was assigned to the University of Florida.

If you use a smart phone or many other types of handheld computer equipment, it should be relatively easy to spot elements of patent number 6,000,000. Inventors Jeffrey C. Hawkins and Michael Albanese developed a means that with the press of a single button, a person could synchronize files found on one computer with those found on another. The patent was assigned to 3Com.

The USPTO issued patent number 8,000,000 to Second Sight Medical Products, Inc., for a visual prosthesis apparatus that enhances visual perception for people who have gone blind due to outer retinal degeneration. The invention uses electrical stimulation of the retina to produce the visual perception of patterns of light. 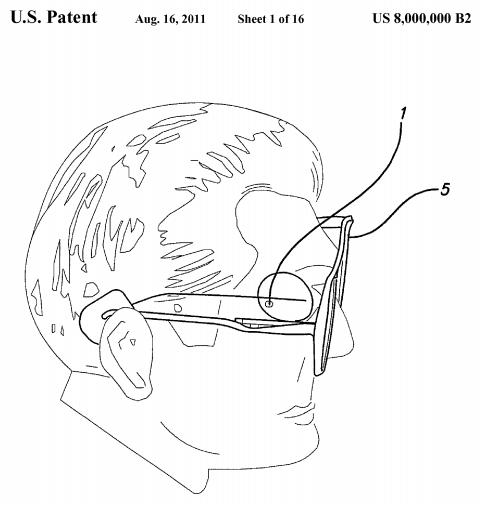 Less than four years after issuing its 8-millionth patent, the USPTO issued patent number 9,000,000 to WiperFill Holdings, LLC of Jupiter, Florida for inventor Matthew Carroll's invention of a Windshield Washer Conditioner, which describes a means for collecting and conditioning rainwater from the windshield of a vehicle to replenish the fluids in the vehicle's windshield washer reservoir. Here's the patent's front page figure illustrating the invention: 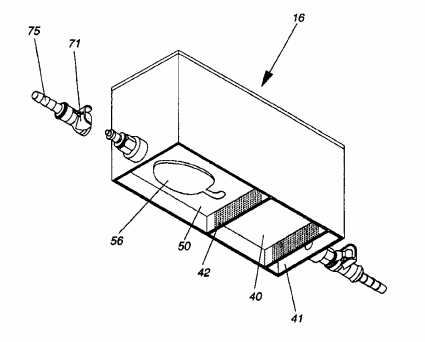 What stands out is the shortening period of time between each of the million milestone patents, a pattern that will continue to prove true if U.S. Patent 10,000,000 is issued in 2018.

Beyond that, it's also remarkable that four of the so-far nine million-milestone patents are related to transportation-related inventions. When you consider that U.S. Patent Number 1 was issued to John Ruggles of Thomaston, Maine for his invention of a Locomotive Steam-Engine for Rail and Other Roads, it's quite a recurring theme for the nine-million-plus inventions that have been patented in the United States.