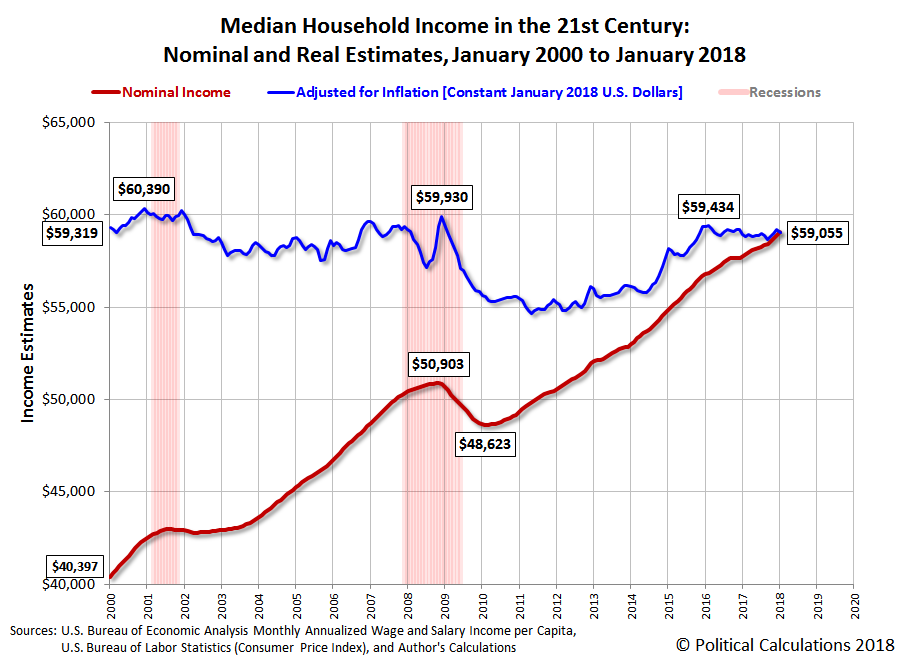 In nominal terms, which provide perhaps the best indication of the relative health of the U.S. economy as seen by typical American households, we find that the pace of growth of median household income is continuing the upturn that began in September 2017, following what had been a decelerating trend that had begun back in mid-2014.

After adjusting the monthly nominal household income estimates for inflation, so that they are expressed in terms of constant January 2018 U.S. dollars, we also find "real" median household income in recent months has also continued its upward trend.

These recent trends are easier to see in the following chart, where we have presented the year over year growth rate of median household income in the U.S. in the period from January 2001 through January 2018. 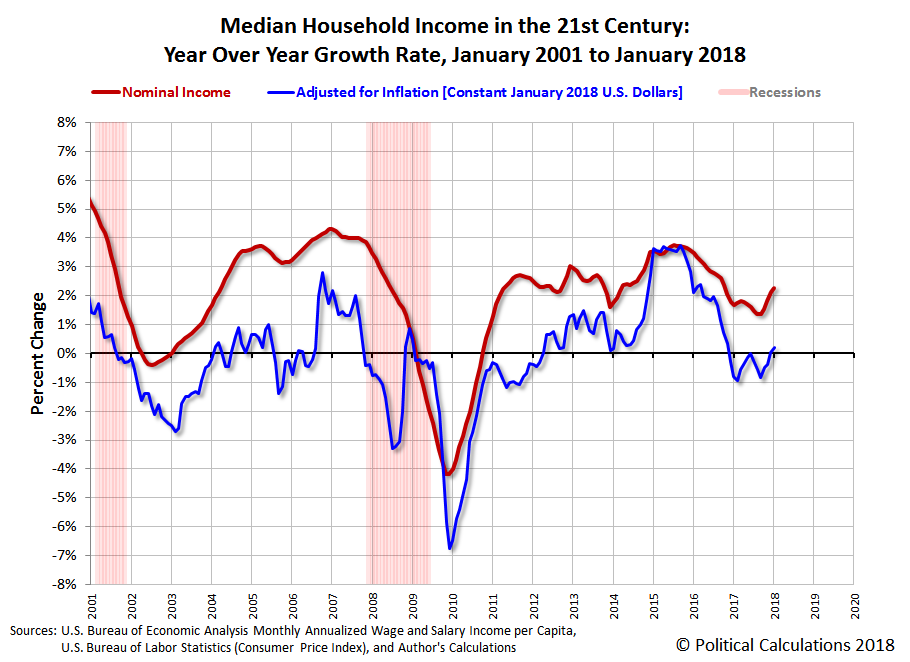 Unlike last month, we didn't see any extensive revisions of the population data we use to generate our estimates of median household income. The personal income data however did have pretty minor revisions, which only affected the previous six months of data from July 2017 through December 2017 and didn't meaningfully affect the median household income estimates.