The trailing twelve month average of median new home sale prices in the United States reached a new high in March 2018, where preliminary data puts that figure at $326,217. 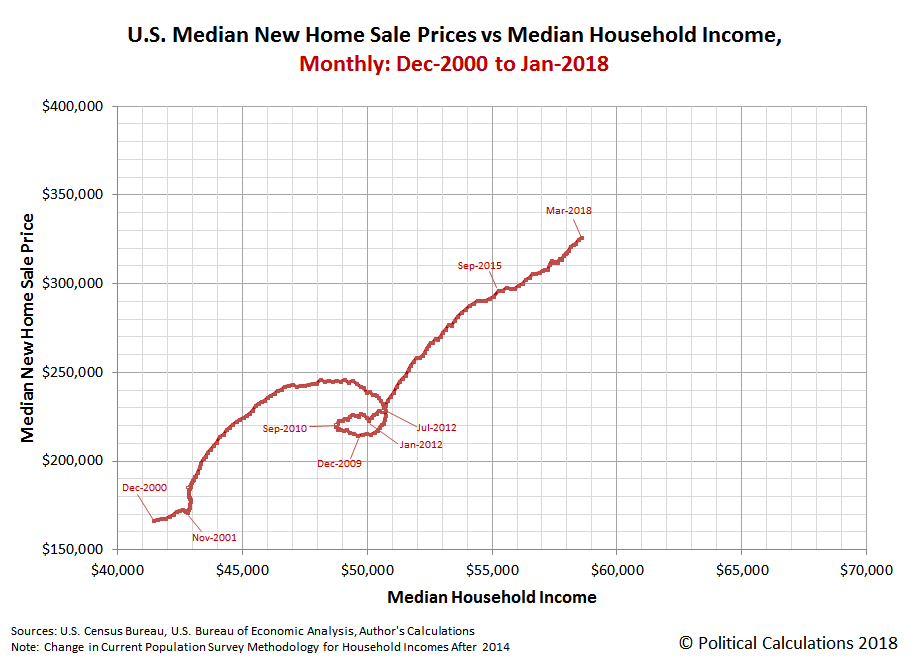 At the same time, the value of the typical new home sale price in the U.S. is 5.57 times as much as the typical household income, which also represents a new record. 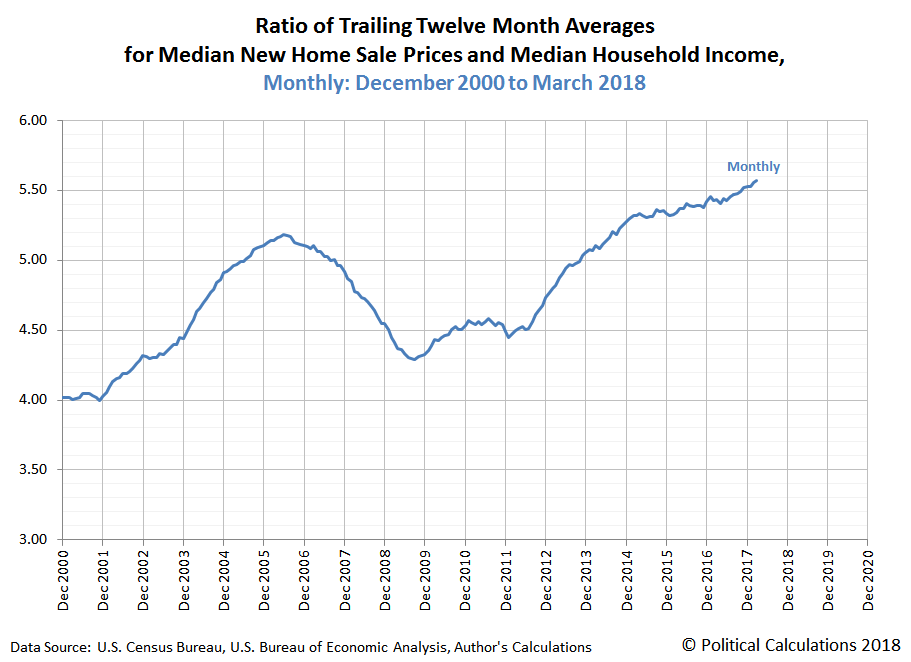 One way to think of that latter figure is that new homes in the U.S. have never been less affordable for the typical American family at any time during the 21st Century than they are right now.

Sentier Research. Household Income Trends: November 2016. [PDF Document]. . [Note: We have converted all the older inflation-adjusted values presented in this source to be in terms of their original, nominal values (a.k.a. "current U.S. dollars") for use in our charts, which means that we have a true apples-to-apples basis for pairing this data with the median new home sale price data reported by the U.S. Census Bureau.]