The growth of median new home sale prices in the United States has decelerated somewhat in the first months of 2018, repeating a pattern that we last back in early 2017. 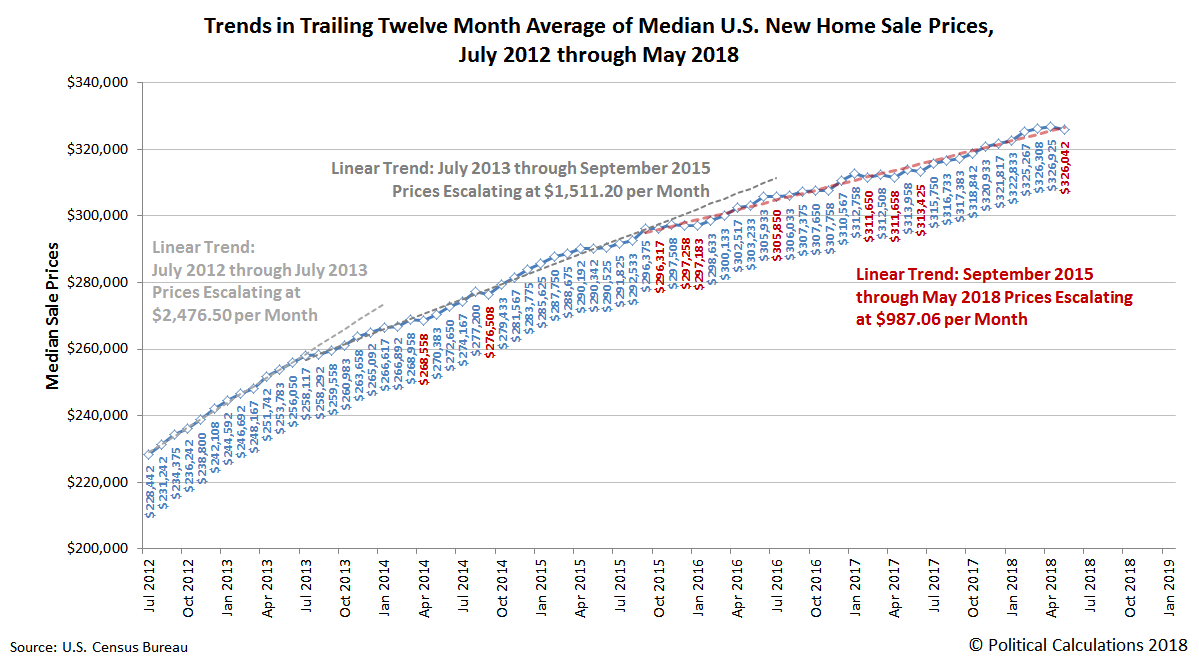 Overall, the most recent trend for the trailing twelve month average of median new home sale prices, which has been in place since September 2015, is continuing to grow at an average rate of $987 per month. Forecasts indicate that U.S. house prices will continue to grow at twice the combined rate of household income and inflation, which is attributable to continuing shortage conditions in the U.S. housing market. 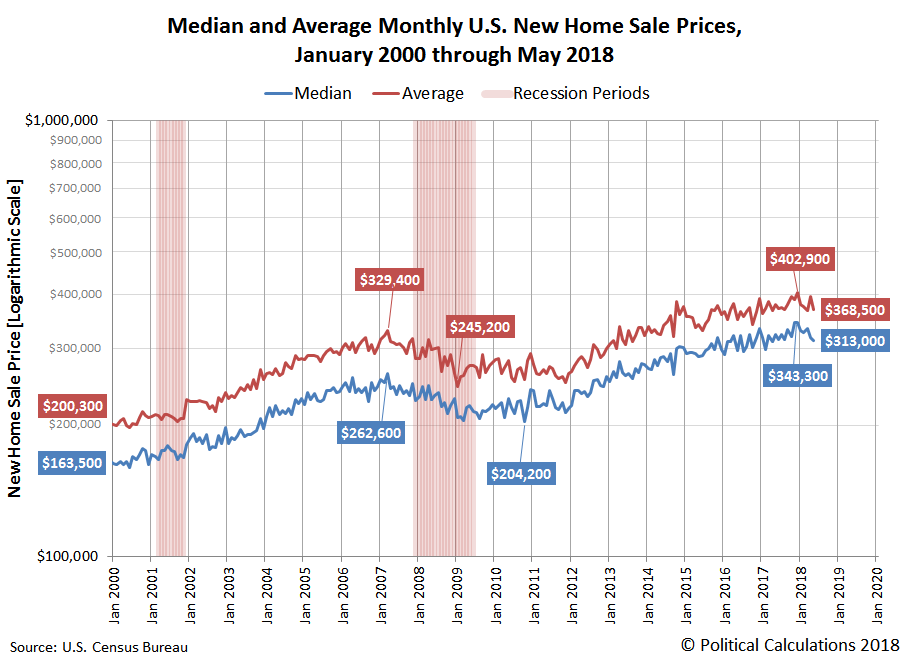 The U.S. Census Bureau revises each month's data three times after first reporting it, so the data for May 2018 won't be finalized until September 2018. The initial data will most likely be revised upward, owing to the later reporting of more expensive new homes.

Finally, for the sake of completeness, here is all the raw new home sale price data going back to January 1963, which we're showing on a logarithmic scale. 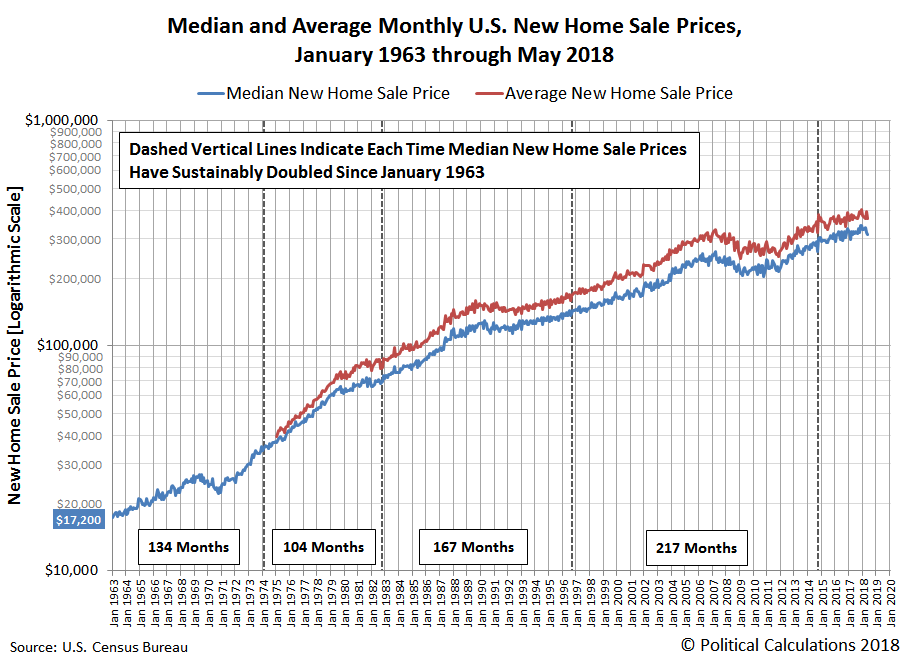 In this chart, we've indicated the periods that it has taken for median new home sale prices to sustainably double in value over time, where "sustainably" means having doubled in value without subsequently falling back below that higher price level.