Both the month of June 2018 and the second quarter of 2018 have come and gone, and for dividend paying stocks, it would appear to have been a very good month that hid one big negative surprise: an unexpectedly large number of dividend cuts.

We say unexpectedly because our two near-real time sources of dividend cut declarations signaled a total of nine U.S. firms that made dividend cut announcements during June 2018, where Standard and Poor's Divstat report (Excel spreadsheet) counted 46.

At the same time, we can describe the month as otherwise being very good, because with 92 firms increasing their dividends, it was the best June in the last four years. 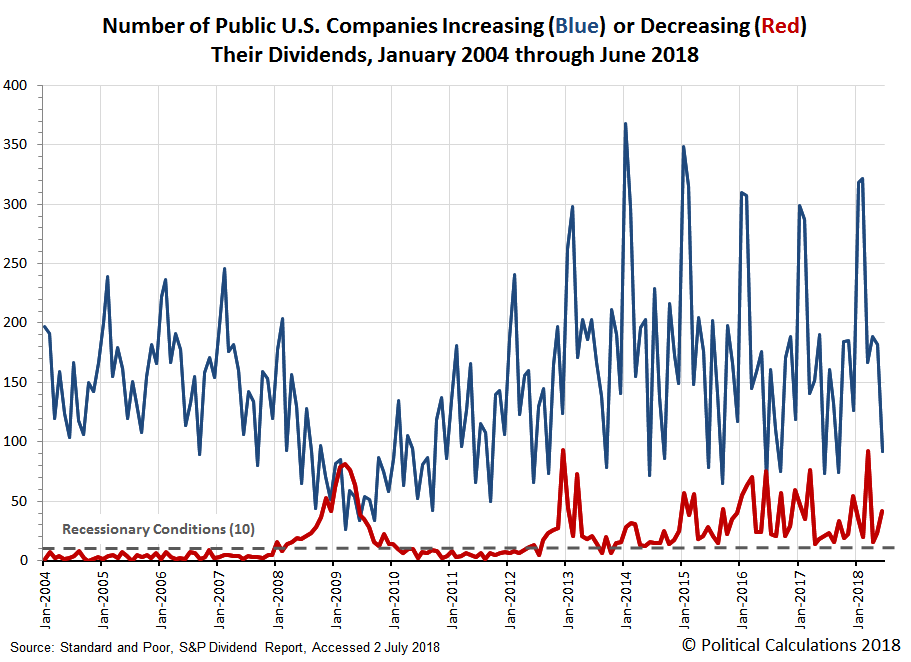 We suspect that the difference between our two sources for dividend declarations and S&P's total U.S. stock market report may be potentially attributable to a number of Exchange Traded Funds (ETFs) and Preferred Stocks, and possibly also the stocks of foreign-based firms that are traded on U.S. stock exchanges, that we purposefully exclude from our monthly count of dividend cuts, but we're afraid that we just don't have the visibility into Standard & Poor's total stock market dividend report to confirm if that is indeed the case. Since this is the biggest discrepancy that we've seen between our real-time sampling and the total figure reported by S&P, we'll be investigating further and will report what we find out.

And that was the month that was!