Baseball's All Star Game (also known as the "Midsummer Classic", although nobody outside of the evil influence of Major League Baseball's marketing staff calls it that) is upon us once again, and once again, thanks to many more years of uninteresting execution, we have to recognize that it's kind of a disaster.

We have an idea for how to fix baseball's All Star Game that was ahead of its time back in 2009 when we first proposed it, but may now be more relevant given the recent experience of major league baseball players. Let's recap....

Once upon a time, baseball's All Star Game was a competitive event. Joe Sheehan describes the "good old days":

Baseball’s All-Star Game was once a cutthroat battle between two distinct and competitive entities, one of just two times all season that the leagues interacted. The game was played largely by the very best players in baseball, and those players often went the distance. If you wanted to see Babe Ruth face Carl Hubbell, or Bob Feller take on Stan Musial, or Warren Spahn pitch to Ted Williams, the All-Star Game was just about your only hope.

In the modern era, the All-Star Game has been reduced to the final act of a three-day festival, in recent seasons often overshadowed by the previous night’s Home Run Derby. Rather than a grudge match between rivals, it’s an interconference game like the NFL, NBA, and NHL events. The individual matchups, once unique, have been diluted by interleague play.

But that's not the worse part. Sheehan goes on to describe how players and managers used to approach the game, comparing the past to how things are done today:

In the first All-Star Game back in 1933, the starting lineups went the distance. The AL made just one position-player substitition, getting legs in for Babe Ruth late in the game. In the NL, the top six hitters in the lineup took all their at-bats. Each team used three pitchers. A quarter-century later, this was still the general idea: seven of the eight NL position-player starters in the 1958 game went the distance, five AL hitters did, and the teams used just four pitchers each. The best players in baseball showed up trying to win to prove their league’s superiority.

Then it all went awry. Before interleague play or 32-man rosters or All-Star Monday, there were the years of two All-Star Games. From 1959 through 1962, the AL and NL met twice each summer as a means of raising revenues for the players’ fledgling pension fund. In '58, 32 players played in the All-Star Game, 12 of them staying for the entire game. In 1963, the first year after the experiment, 41 players played and just five went the distance. The 1979 game, one of the all-time best contests, saw 49 players used and had just three starters who were around at the end. Fast-forward to 2007—the last nine-inning All-Star Game—and you find 55 players in, 17 pitchers used to get 54 outs, and not a single starter left in the game at its conclusion.

The All-Star Game has lost its luster because the game isn’t taken seriously by the people in uniform. Don’t read what they say—watch what they do. That’s the damning evidence that the participants care less about winning than they do about showing up. 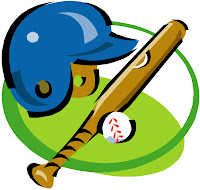 So what to do? In recent years, Major League Baseball has tried to incentivize the players and managers of the teams representing the National League and American League by awarding home field advantage in the World Series to the team from the winning league in the All Star Game. But is that really working?

Given that the managers of each league's all-stars are the managers of the teams that went to the previous year's World Series, who most often by the All-Star Game know that their own teams are unlikely to repeat, what's the point? If they're not in the running by that point of the season, why manage their All-Star team to win for an advantage they themselves won't realize? The same fact holds especially true for the players, with maybe as many as a half-dozen on each side playing for teams with a realistic shot at making it to the World Series in the fall.

Bob Ryan describes how history has played out since league home-field advantage has been made the purpose of the All-Star Game:

Sadly, Bud Selig and his marketing minions don’t get it.

Bud is haunted by the tie game in his own hometown seven years ago. It was second only to the cancellation of the 1994 World Series as the worst event of his tenure as baseball commissioner, and he is determined it will not happen again. He thinks the solution is to expand the rosters for Tuesday night’s game into the absurdly bloated 33 players apiece, 13 of whom will be pitchers. As is almost invariably the case in these matters, more is less.

In order to restore so-called “meaning’’ into the game, Bud declared that, beginning with the 2003 game, the teams would be playing for home-field advantage in the World Series. That hasn’t prevented the American League from winning the first six games played under this policy, nor has it prevented the National League from winning the World Series despite lack of said home-field advantage in 2006 and 2008.

But neither of those are the point. The truth is that Bud wants it both ways. He wants the game to be played for a proper prize, and yet he has allowed the game to evolve into something far less than a real baseball contest.

Ryan argues that the way to make the All-Star Game more meaningful would be to shrink each team's roster back to 25 players and tell the managers to focus on winning, but still, they're having to go out of their way to play a game that offers nothing of real value to either the players or the managers.

If you're a player, why risk injury by playing your heart out? If you're a manager, why not coach by the same rules that apply to T-ball, where everybody getting a turn is more important than winning the game?

Here's our idea: put a real world championship at stake in the All-Star Game. Create two potential teams to represent the United States in the World Baseball Classic, Olympics or other international competition that might apply, one from the National League, the other from the American League. Players for the team that wins the All-Star Game would then be the ones that would literally get to go for the gold for the next year.

That might create a problem in selecting players, given the increasing internationalization of baseball in the United States. Here, at least 25 of the players selected for each team, covering each needed position for international play, would have to be selected to satisfy the eligibility rules to represent the U.S. Additional players, who might not be eligible to represent the United States, could then fill out the remaining slots on each team's roster to bring the total up to 33.

With the opportunity to coach the team in international play, that might make for a real challenge for managers, who would be compelled to put the best players possible out on the field in the All-Star Game, regardless of eligibility, who might then have to face those same additional players on other teams in international play.

And wouldn't that, just by itself, be a lot more interesting than how the All-Star Game is played today.

What's different in 2018 that wasn't the case in 2009 is the positive experience that major league baseball players had in the 2017 World Baseball Classic, which for many, was the first time that they were encouraged to have fun on the field since they played Little League. Baseball's attempted expansion into World Cup-style international play may provide the incentive the sport needs to transform its All-Star Game into something more meaningful.