Political Calculations
Unexpectedly Intriguing!
July 30, 2018
The S&P 500 In The Week When Facebook Crashed

It's not often that we can summarize what happened to the S&P 500 during the course of a week in terms of a single stock, but the record-setting one-day decline in the market's valuation of Facebook (NASDAQ: FB) made the story of that single company's fall the major market moving news for the entire S&P 500 for the fourth week of July 2018.

To understand why a bad day for a big tech company like Facebook had such an impact on the S&P 500 index, let's revisit a chart we presented earlier this year, where we showed the relative share of a number of big tech firms within the S&P 500 index. 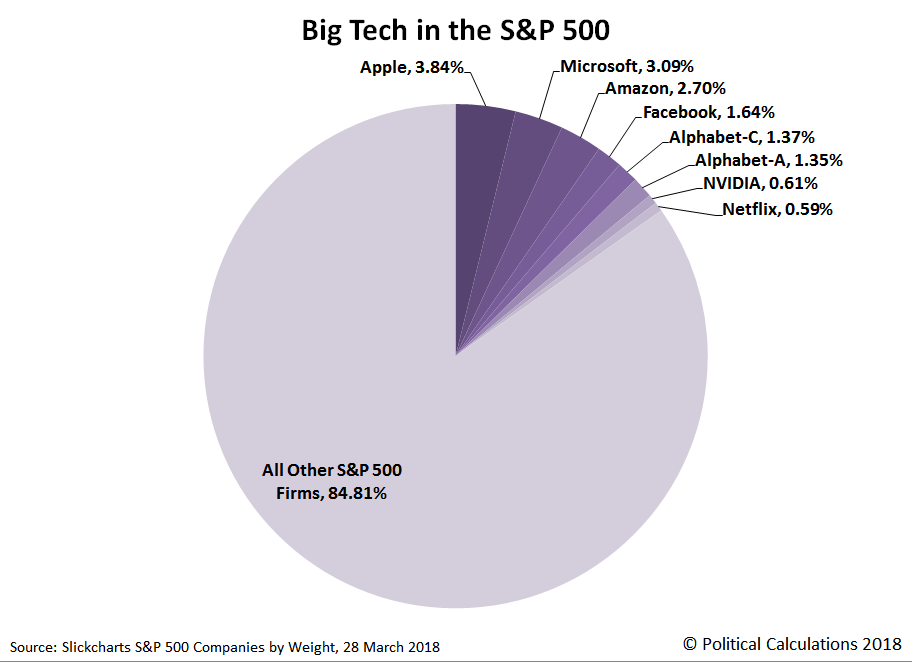 That chart was based on the market data that was available back on 28 March 2018. Flashing forward to Wednesday, 25 July 2018, the day before the company would set the nominal all-time record for a one-day crash in the market cap of its stock, SlickCharts reported that Facebook's share of the total market capitalization of the entire S&P 500 had risen from the 1.64% shown in the chart above to 2.16% over the previous four months. Which is to say that a little over $1 out of every $50 invested in the companies that make up the S&P 500 was invested in shares of Facebook.

By the end of trading on Friday, 27 July 2018, investors had reduced the value of Facebook shares back down to 1.76% of the entire market cap valuation of the S&P 500, after the company had endured two days of losses.

For the S&P 500, the bad news for Facebook sucked a good portion the air out of the room for what had been shaping up to be a good week, but not all of it, where positive news reported for other S&P 500 firms and for their business outlook boosted the overall index for the week. 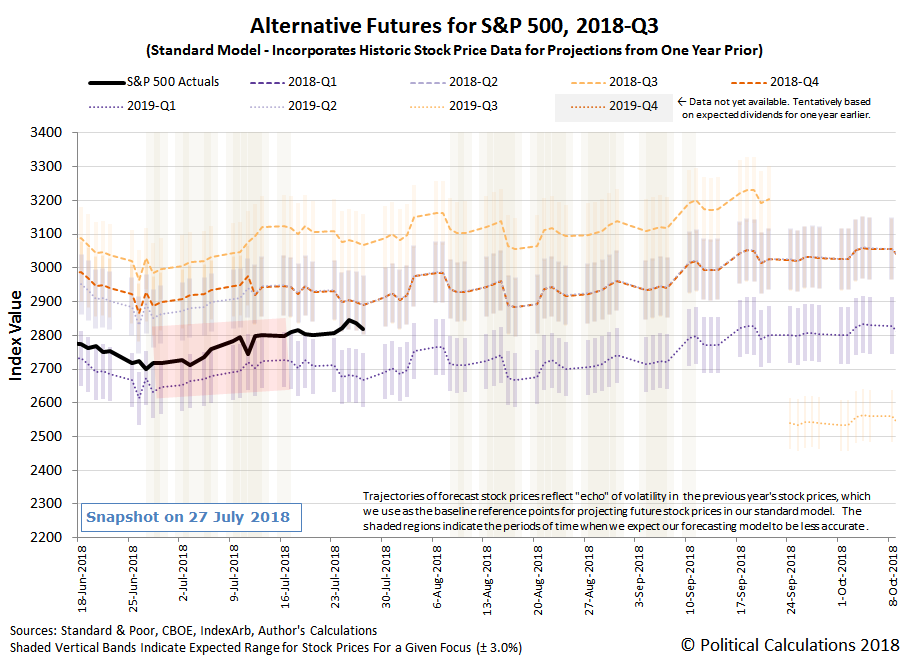 Overall, the week was relatively quiet on the news front, with investors largely focused on the busiest reporting week of 2018-Q3's earnings season for the S&P 500's component firms. We noted the following headlines as being of interest during Week 4 of July 2018.

If you would like to get a bigger picture of the U.S. markets and economy's news for Week 4 of July 2018, be sure to check out Barry Ritholtz' outline of the week's news, as grouped into its positives and negatives.

And that's the news of the week that was. If you're still hungry for more, we're going to take a closer look at Facebook's record-setting crash in the very near future, where we'll redefine how the records for one-day crashes for individual stocks should be measured.