How will your annual income change over your life?

That's a difficult, if not impossible, question to answer for an individual, considering that it depends upon specific details like your education, your experience, whether you work, how often you might change jobs, experience a layoff, get promoted, when you retire, et cetera. Statistically however, we can get a pretty good idea from income data collected by the U.S. Census Bureau.

We recently completed a project where we looked at income data for the total population for every year from 2000 through 2016, where we found a pretty unique pattern hidden within each year's data - the average income for the reported age groups follows a fairly predictable and stable trajectory from year to year.

In the following chart, we've graphed four curves, where each curve corresponds to a different level of educational attainment. To generate each trajectory, for each level of education in each year, we first converted the average incomes listed for each age group into a percentage of the average income reported for the Age 18-24 cohort. We then calculated the average percentage income for each age group over all the years from 2000 through 2016. 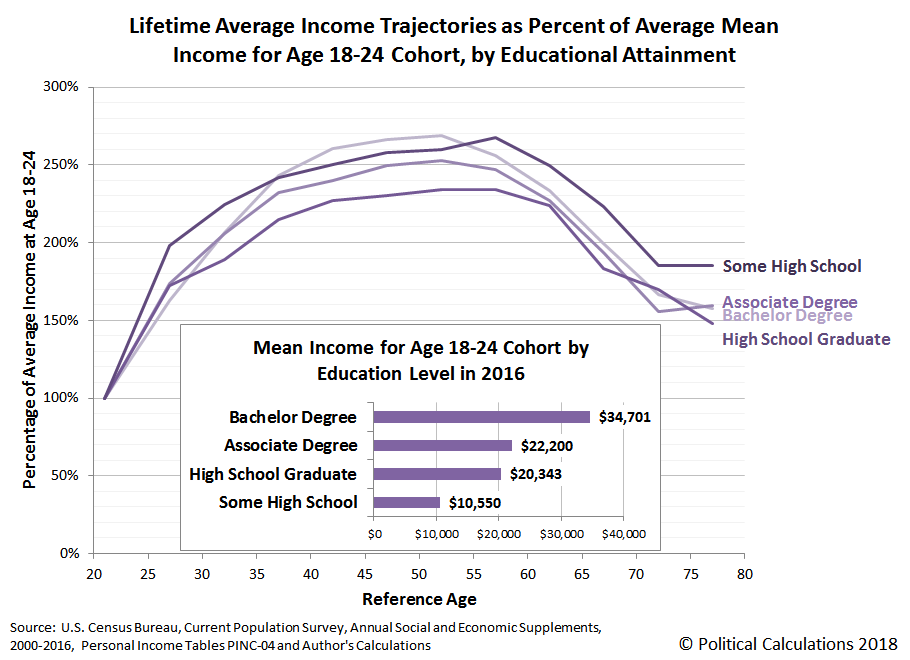 Right away, you can see the similarities between the income trajectories by age, which all fall within a relatively narrow range of one another. And that's despite the great differences between the average incomes reported for each education level for the Age 18-24 cohort, which we've indicated for 2016 in the inset in the chart above.

What kind of difference does that base average income set by education level have on a the average American's lifetime income trajectory and earnings?

In the next chart, we do the math, pairing the 2016 average income of the Age 18-24 group with the average income trajectories for all years from 2000 through 2016. 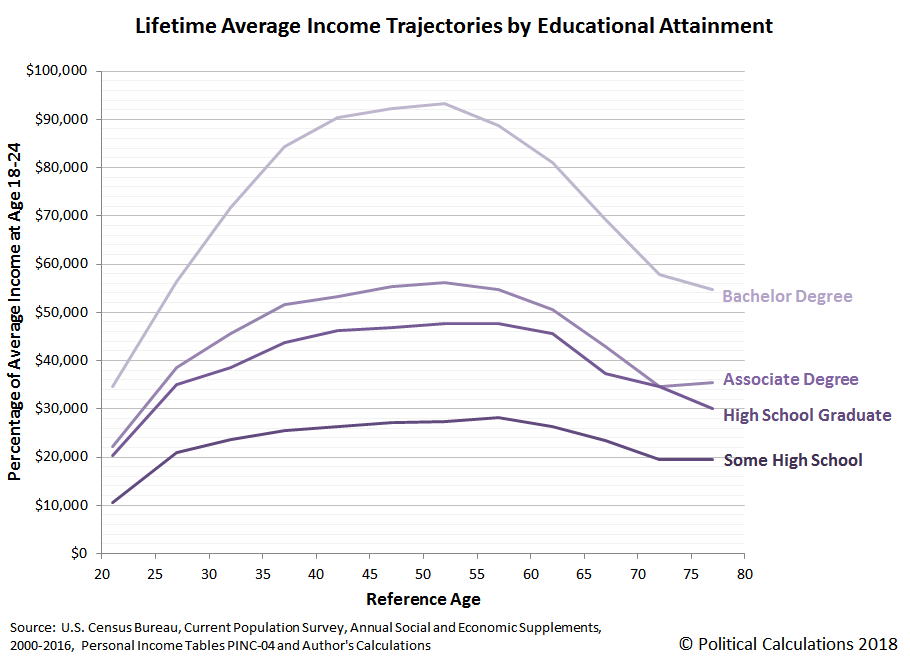 The curves for each education level don't match the actual income trajectories of each for 2016, but they're not all that far off either.