Let's start with the year-over-year comparison of the third quarters of 2017 and 2018 from our two near-real time sources for these dividend declarations. 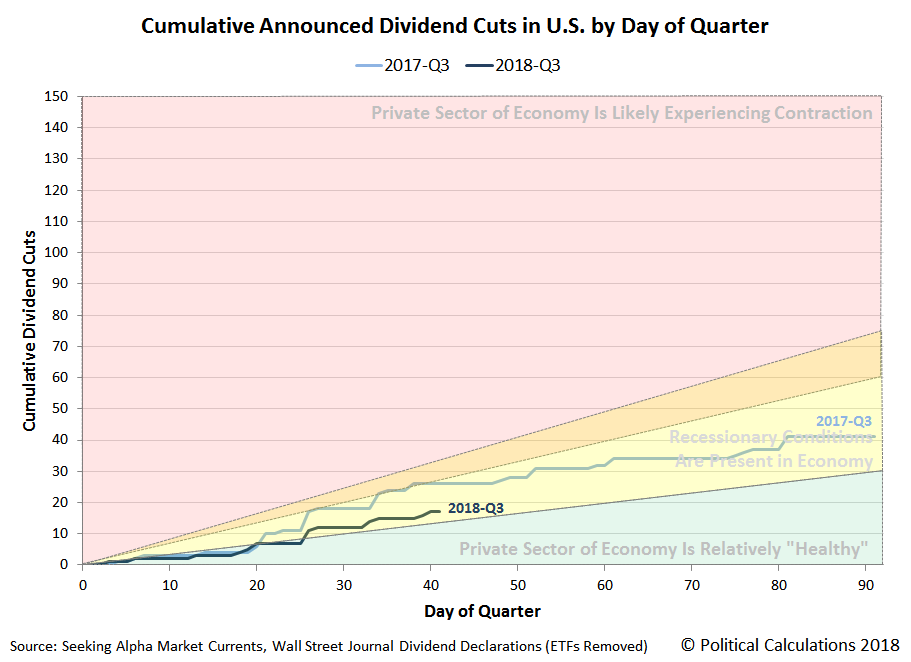 Compared to 2017-Q3, the pace of dividend cuts announced so far in the current quarter of 2018-Q3 is running well behind, which represents an improved situation for publicly traded companies in the U.S.

Likewise, when we compare 2018-Q3 against both 2018-Q1 and 2018-Q2, we find that dividend cut announcements in the third quarter of 2018 is so far keeping pace with what was recorded during the first quarter, but is slower than what we saw during the second quarter. Again, that's good news. 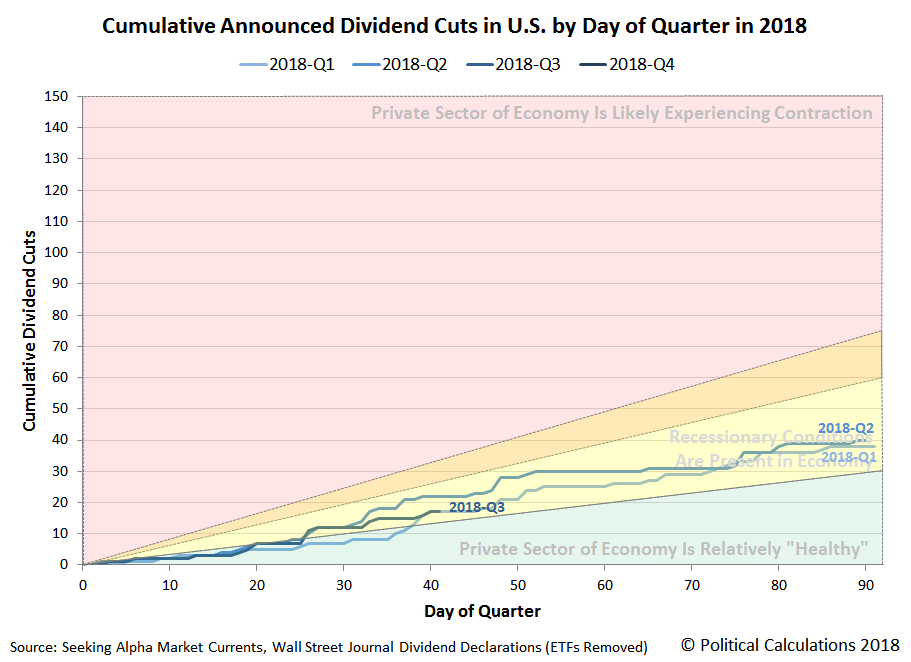 Tallying up the 2018-Q3 list of dividend cuts to date, over half are firms (9) in the oil and gas industries, six are financial firms or Real Estate Investment Trusts (REITs), one (R.R. Donnelley & Sons) is a provider of business services and one last one (Pentair) may not really count as a true dividend cut, where the company recently span off its electrical products division into a new dividend-paying company called nVent Electric (NYSE: NVT).

[We haven't confirmed that the combined dividend paid out by both companies equals or exceeds Pentair's previous dividend payout, which is why we're still including the dividend cut announcement for Pentair in our tally of dividend cuts.]

All in all, the relative absence of dividend cut announcements is a positive indication for stock market investors.

Our near-real time sampling of dividend cut announcements is obtained from the following two sources. While we seek to capture 100% of such announcements, they often represent just a fraction of the total announcements for the U.S. stock market, which we report on in our Dividends by the Numbers series!