We're definitely on the backside of 2018-Q3's earnings reporting season, where the pace of news about the previous quarters earnings is slowing and investors are turning their attention toward other diversions.

In the first week of August 2018, the biggest diversion was the news that Apple (NYSE: AAPL) had become the U.S. stock market's first trillion dollar company on Thursday, 2 August 2018.

How much is a trillion dollars? Well, the following one minute, nine second video from 2009, when $1 trillion seemed like a lot of money, might help put that kind of money into a more tangible perspective.

Drawing on historical data (see Table IV) and doing some currency conversions, we know that the addition of U.S. Steel boosted the market capitalization of the U.S. stock market from $3.71 billion in 1900 to $4.71 billion in 1901, where U.S. Steel accounted for 21.2% of the entire value of the 254 companies that were traded on the New York Stock Exchange in that year.

In 2018, Apple reached $1 trillion in market cap, which represents 4.25% of the value of the S&P 500. In terms of relative market cap, U.S. Steel's weighting within the entire stock market of 1901 would be worth the equivalent of nearly $5 trillion in today's stock market.

Alas for the stockholders of U.S. Steel, the market cap of the company on 2 August 2018 was just $5.7 billion, about 1/1000th of that valuation. The steel-producing company hasn't been able to sustain the rosy outlook from its IPO days over the last 12 decades.

Looking at the overall market, as represented by the S&P 500, we think that investors are starting to pay more attention to the upcoming fourth quarter of 2018, in part because Friday, 3 August 2018 saw dividend futures for this quarter rise from an expectation of a $13.75 per share payout in 2018-Q4 to a $14.00 per share payout. 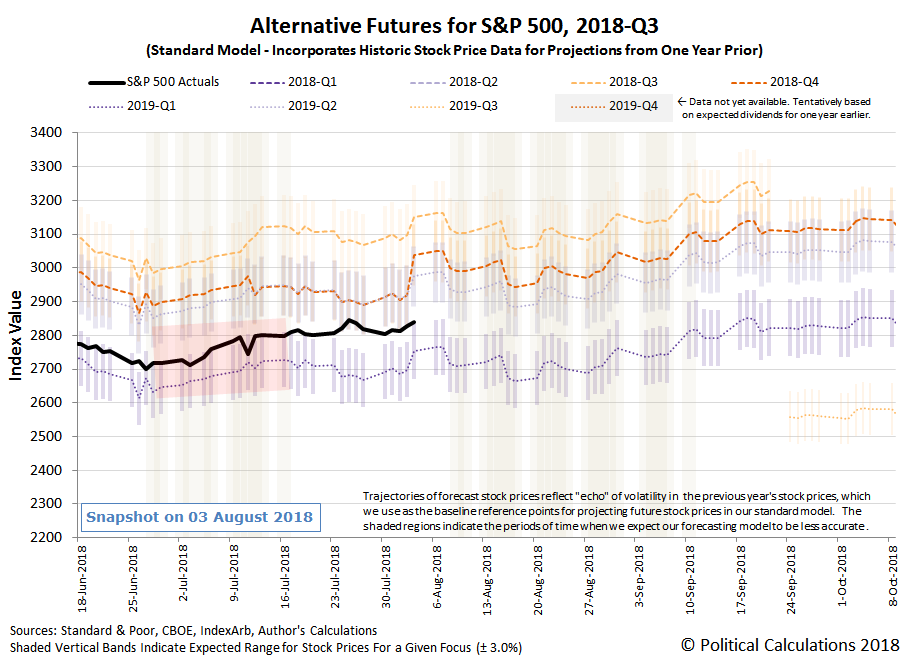 Given where the S&P 500 closed on the week, it looks like investors are putting about one-third of their forward-looking focus on 2018-Q4, while 2019-Q1 would seem to be garnering about two-thirds of their attention.

Meanwhile, Week 1 of August 2018 was definitely a slow news week. Here are the headlines we flagged during it.

Elsewhere, Barry Ritholtz has grouped other headlines from the week's economics and market news into their positives and negatives. This week's edition features six of each!