Standard and Poor's market attributes report came out a bit late this month, but with its release, we find that like the previous month, August 2018 has been a fairly solid month for the U.S. stock market.

The following chart shows the number of dividend increases and decreases that have been declared in each month since January 2004. 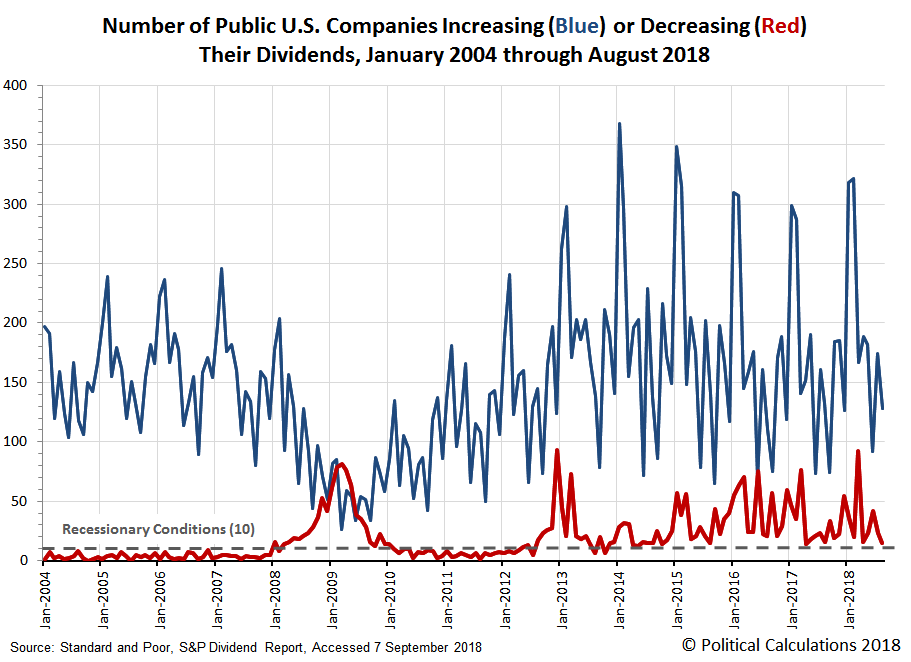 Because it was such a good month from the perspective of dividend cuts, and also from the perspective of omitted dividend payments, we put together the following chart showing the combined total of each, which provides a pretty good picture of the overall level of distress within the publicly-traded portion of the private sector of the U.S. economy, and as it happens, when infrequent changes in U.S. tax laws affect how companies set their dividend paying policies. 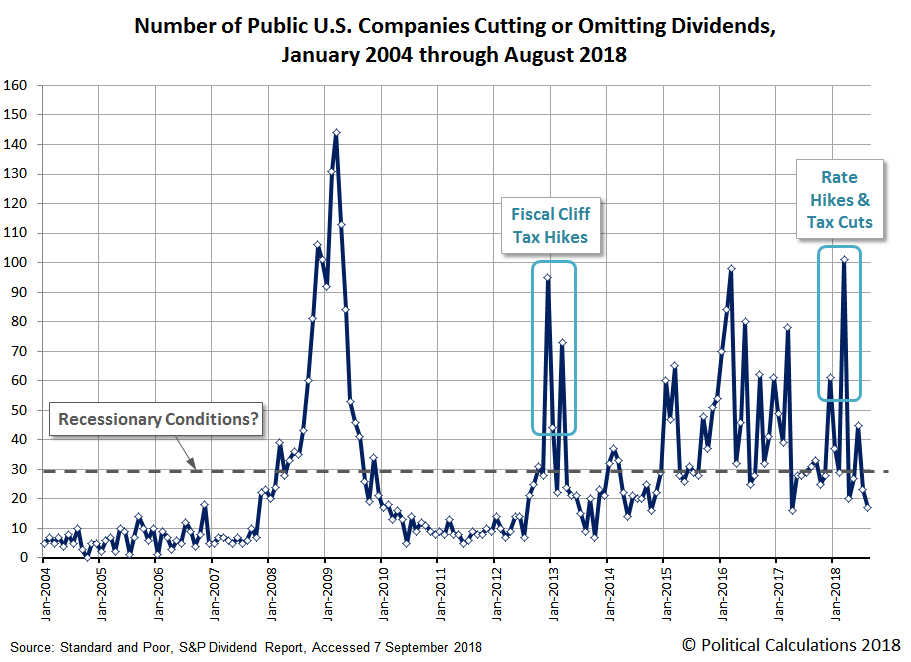 We're afraid that we don't have any details on which firms omitted paying dividends during the month, but we were able to identify 12 of the 15 companies that announced dividend reductions, which can provide some insight into what sectors of the U.S. economy are potentially experiencing at least some level of distress.

Of the 12 dividend cutting firms in our sample, half are either financial firms or real estate investment trusts, five are monthly dividend paying firms out of the oil and gas sector whose dividend payouts are a fixed percentage of their variable earnings, and one, R.R. Donnelley & Sons, makes money in the business services and marketing industries.

Update 14 September 2018: A very knowledgeable reader reports that Annaly Capital Management doesn't properly belong in this tally, writing that "NLY is not a dividend cut. Since the merger with MTGE the dividend was split. NLY dividend still 0.30 for the quarter; paid September (0.222) and October (0.078) of this year. This fakes out a lot of data gathering tools."