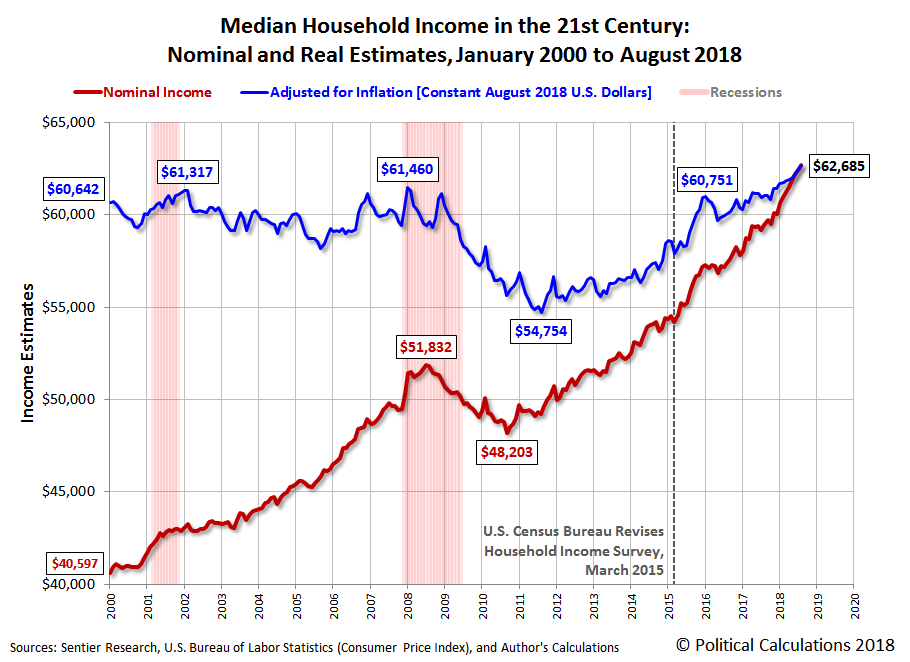 Overall, U.S. median household income is continuing to set new monthly records in both nominal and inflation adjusted terms. In the latter case, August 2018 represented the eighth consecutive month of new record highs, where every monthly estimate since November 2017 has been both higher than the previous high mark for inflation-adjusted median household income set back in January 2016 and also higher than the previous month's estimate.

Our alternative method for estimating median household income turned in a preliminary figure of $62,417 for August 2018, which is within 0.5% of Sentier Research's Current Population Survey-based estimate for the month. Our alternate estimate is up by 0.4% from the $62,152 preliminary figure that we had previously reported for July 2018, which we would revise upward this month to be $62,184. The BEA's monthly revision of its personal income data affected data from April 2018 through July 2018.