2018 hasn't been very kind to U.S. homebuilders (Indices: ITB, PKB, XHB), particularly as investor expectations that the Fed will continue its series of interest rate hikes well into 2019 has taken hold during the last month.

But that's looking forward into the future. Present day data is also signaling that new home sales in the U.S. is decelerating, largely as a consequence of rising mortgage rates coinciding with the Fed's recent series of rate hikes, continuing a trend that we first identified in June 2018, shortly after new home sale prices hit their all time peak level of unaffordability.

Since then, the median sale price of a new home in the United States has been flat to slightly falling while median household incomes have continued to rise, leading to an improvement in the affordability of new homes, which never-the-less are still well elevated near their all-time highs for unaffordability. 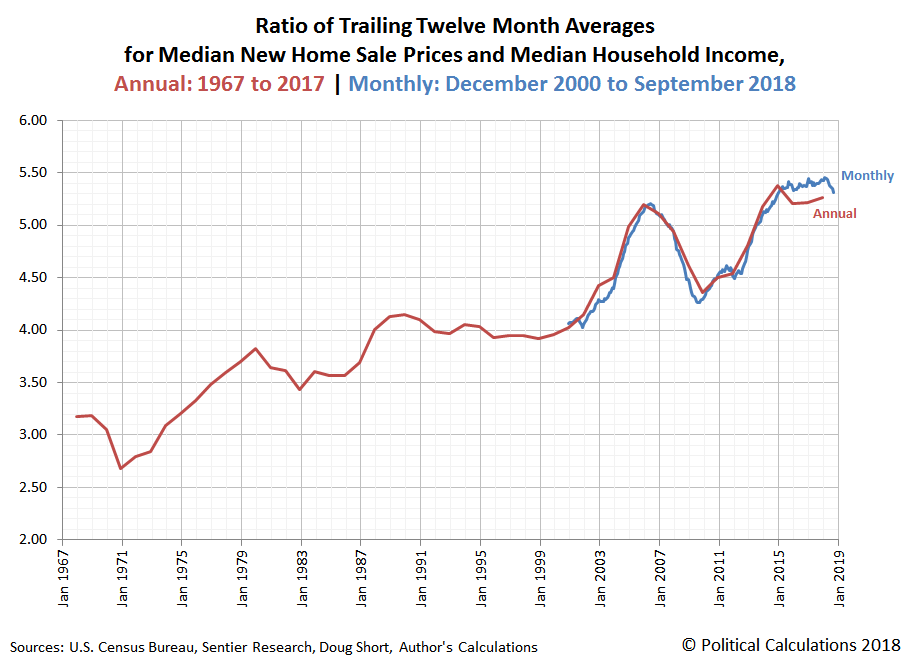 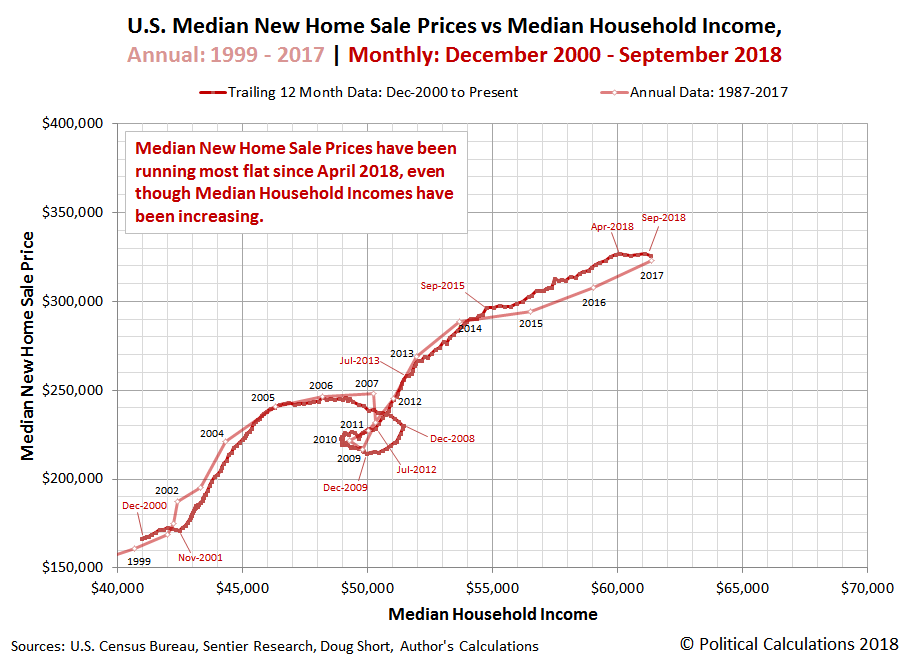 Let's next take a look at all the data we have available for this relationship, which extends back to 1967, to see how the recent trend compares with historic trends. 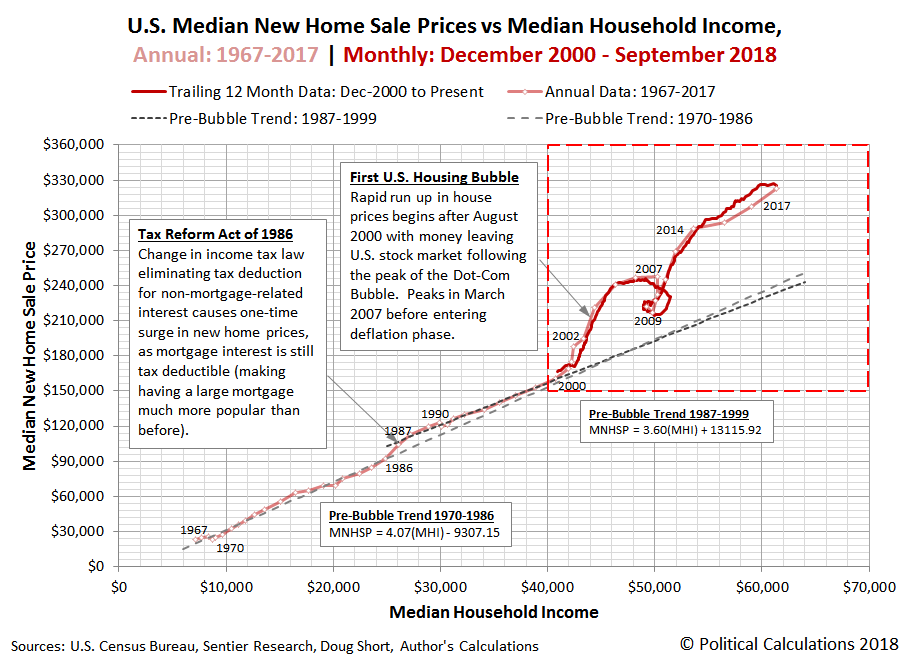 While the growth of new home sale prices have been stagnant in recent months, the sales of new homes has been growing, albeit at a slowing pace. In the following animated chart, we've captured the combined effect by calculating the effective market capitalization for new homes in the U.S. for the period from December 1975 through September 2018, where the animation will cycle between the nominal market cap and the inflation-adjusted market cap every five seconds.

The data for recent months is still preliminary, and therefore subject to change over the next several months, but it suggests that the trailing twelve month average of the U.S. new home market capitalization reached a peak of $20.33 billion in nominal terms in August 2018, which has since dipped back below $20 billion in September 2018.

Taken together, all these signs are pointing to a new home market that is stalling.

Sentier Research. Household Income Trends: July 2018. [PDF Document]. Accessed 25 September 2018. [Note: We've converted all data to be in terms of current (nominal) U.S. dollars, and are using a projection for September 2018's estimate in calculating the trailing year average for the month.]