According to international trade data published by the U.S. Census Bureau, U.S. exports to China collapsed in August 2018. The following chart reveals that the gap between the trailing twelve month average of the combined value of goods traded between the U.S. and China has fallen nearly $1.1 billion below its pre-trade war trend, or roughly by 1.9% of the dollar value of that trade. 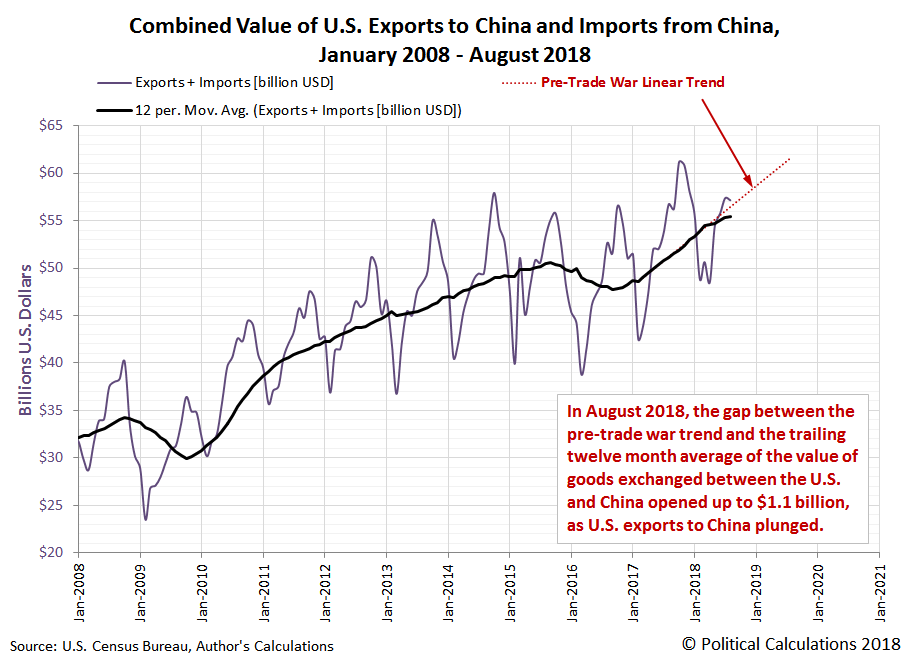 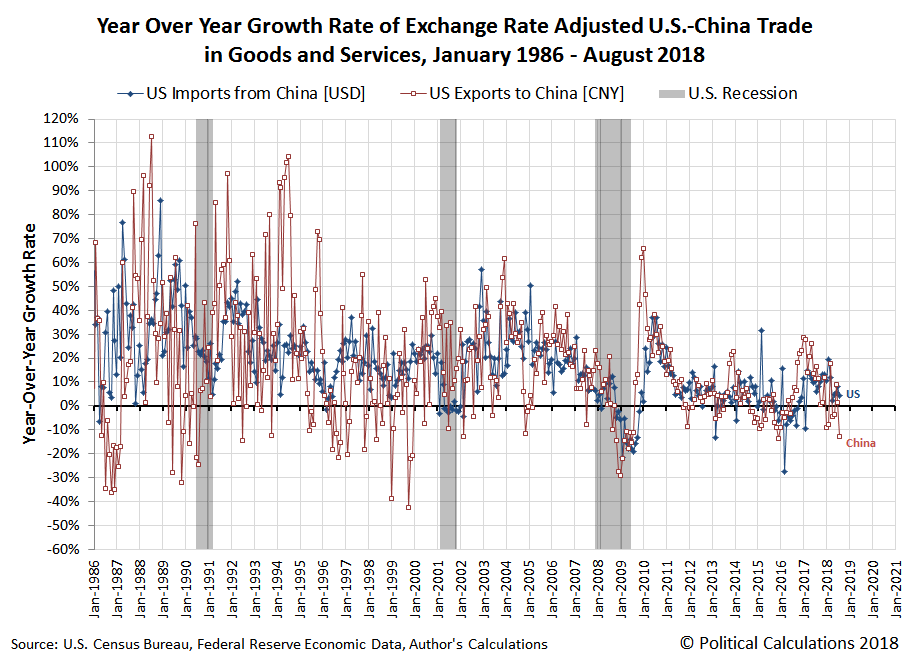 The next chart shows all of the available data for the value of the U.S. exports to China from January 1985 through August 2018, where we see that August 2018's exports has dropped to levels last seen in mid-2015, when China's economy was experiencing recessionary conditions. 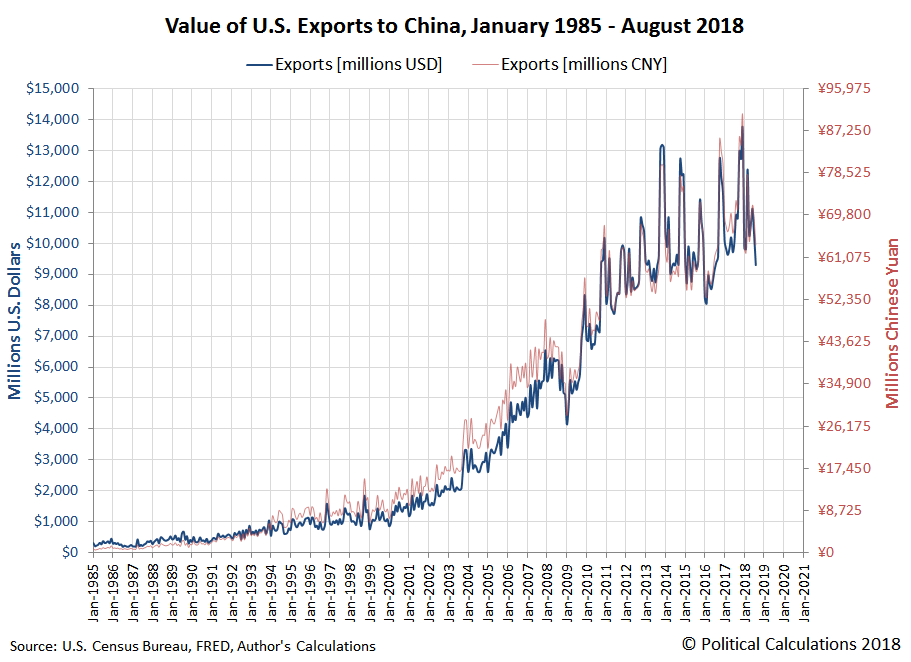 We'll explore the internals of the data in greater detail next week, but we would initially attribute the plunge in U.S. exports to China's targeting the U.S.' principal exports to China, soybeans and oil, by substituting alternative suppliers and products. Reuters described the impact to U.S. oil shipments to China earlier this week:

U.S. crude oil shipments to China have “totally stopped”, the President of China Merchants Energy Shipping Co (CMES) said on Wednesday, as the trade war between the world’s two biggest economies takes its toll on what was a fast growing businesses.

Washington and Beijing have slapped steep import tariffs on hundreds of goods in the past months. And although U.S. crude oil exports to China, which only started in 2016, have not yet been included, Chinese oil importers have shied away from new orders recently.

“We are one of the major carriers for crude oil from the U.S. to China. Before (the trade war) we had a nice business, but now it’s totally stopped,” Xie Chunlin, the president of CMES said on the sidelines of the Global Maritime Forum’s Annual Summit in Hong Kong.

As the man who is responsible for feeding about 800,000 pigs in China’s biggest pork-producing province, Li Xueya and his team have been vacillating for months about when to place their major orders....

Li says the impact can be minimised by changing the animals’ diets and looking for alternatives to soybean meal, a commonly used source of protein which normally accounts for about 20 per cent of hog feed. “We won’t die…but our profits will be somewhat affected,” he said....

Ma Wenfeng, an analyst from Beijing Orient Agribusiness Consultant, said China had been importing far more soybeans than it really needed and could do without US imports in the short run....


He said the use of excess soybean meal had meant farmers were using less corn meal and as a result the state reserves have plenty of corn meal that farmers could use to feed their animals.

Between the two export product categories, U.S. soybean producers will likely be more negatively impacted since they have more negative exposure to China's trade war strategy of avoidance. U.S. oil producers are somewhat more insulated from the impact because they have supply chain bottlenecks that are limiting their ability to deliver oil to global markets, which would be eased by China's reduced demand.

Combined with supply contracts that limit U.S. producers' ability to profit from rising oil prices, the U.S. oil industry's limitations and challenges may provide it with more breathing room to cope with the negative fallout from China's trade tactics.