In the months since, there have been additional rounds of tit-for-tariffs imposed by both nations on each other's goods. As for their impact, we can see little effect on the U.S., which has seen an increase it the year over year growth rate in the value of its imports from China, while the exchange-rate adjusted growth rate of the value of U.S. exports to China have clearly fallen. 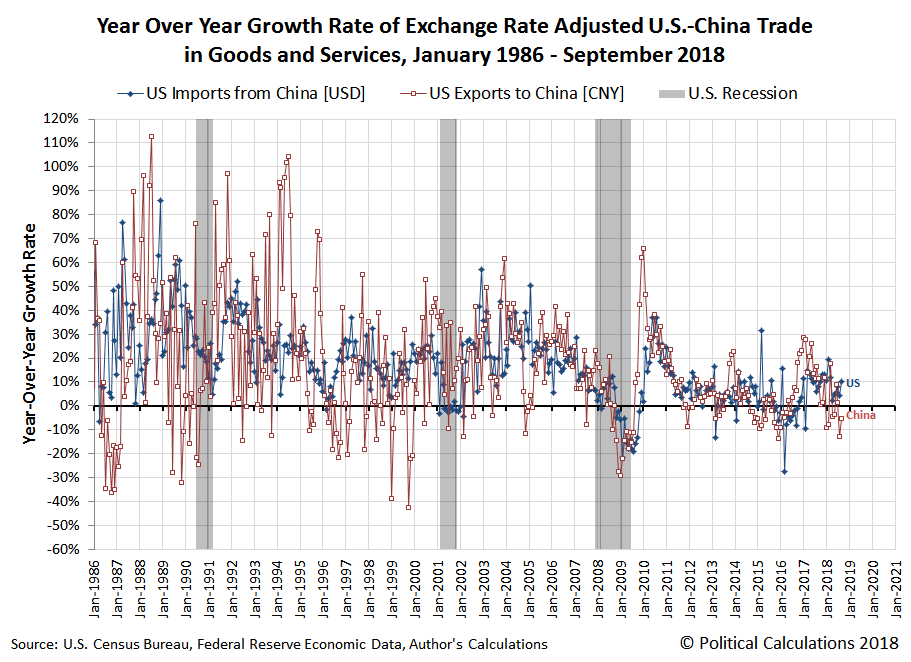 In the absence of tariffs, we would consider the negative growth rate of U.S. exports to China as evidence of a significant deterioration in the health of China's economy. And there is certainly independent evidence to support that observation, but the evidence is not as clear as it could be because of the specific actions China has taken in retaliation against the U.S.

Those actions were largely directed against two of the U.S.' principal exports to China: soybeans and crude oil. We decided to take a closer look at each to see what the impact of each action has been to the U.S. 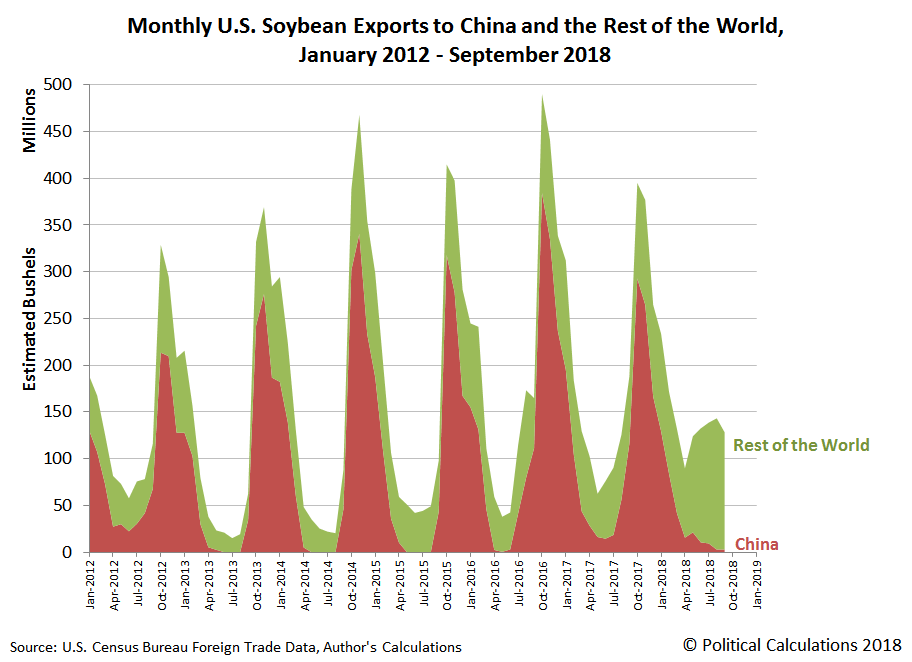 Soybeans are, by far and away, the United States' largest single export product to China, which are primarily used as animal feed to support China's hog production. In this chart, we can see that China has severely reduced the number of soybeans that it acquires from the U.S. since the trade war began earlier in 2018, while exports to the rest of the world has only made up about a third of the U.S.' typical level of exports in recent years.

The result of all that is that U.S. soybean producers have been considerably disadvantaged by China's trade war tactic, where many will receive a federal bailout as compensation for their losses. The full cost of that bailout for U.S. taxpayers has yet to be determined. 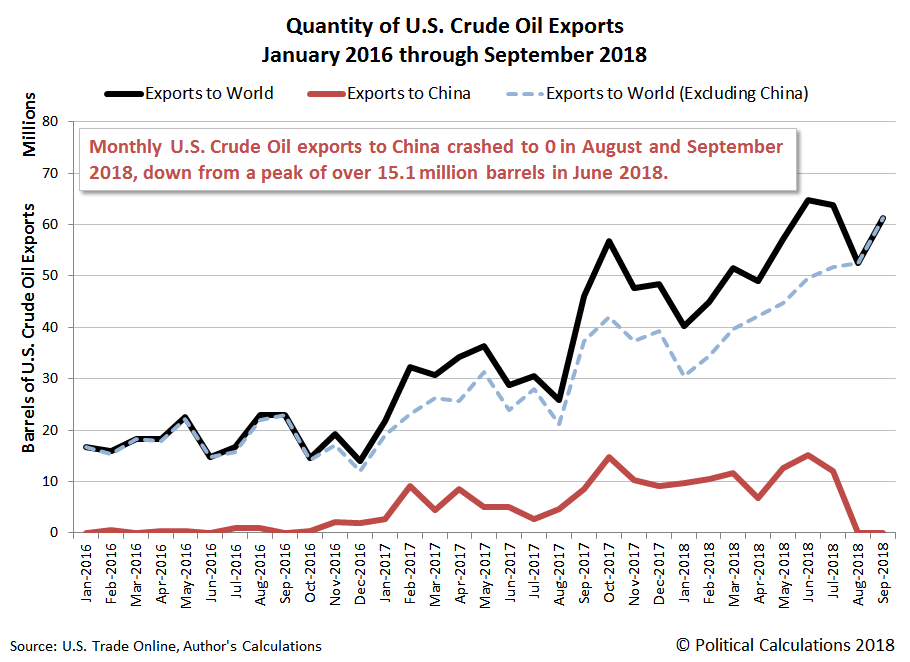 Unlike soybeans, U.S. oil producers have been able to find other buyers around the world to make up for China's retaliatory step to stop importing crude oil produced in the U.S., where China's effort to target U.S. oil producers appears to have missed the mark.

Overall, it would appear that China has been more affected in the trade war than has the U.S., where the negative impact to that nation's economy has been felt more broadly to date than what has been experienced in the U.S. economy. How long that might continue is an open question, where it would be in the best interest of all parties to reach a deal sooner rather than later.