In March 2018, a trade war between the U.S. and China began when President Trump initiated tariffs on $50 billion of Chinese-produced goods such as steel and aluminum, with China immediately retaliating with tariffs on U.S.-produced agricultural goods such as pork and soybeans.

Earlier this morning, the U.S. Census Bureau released its data on the value of goods exchanged between the two nations for March 2019, where we can now measure the direct year-over-year impact of the U.S-China tariff war. Our first chart shows the year-over-year exchange rate-adjusted growth rate of U.S. exports to China and U.S. imports from China. 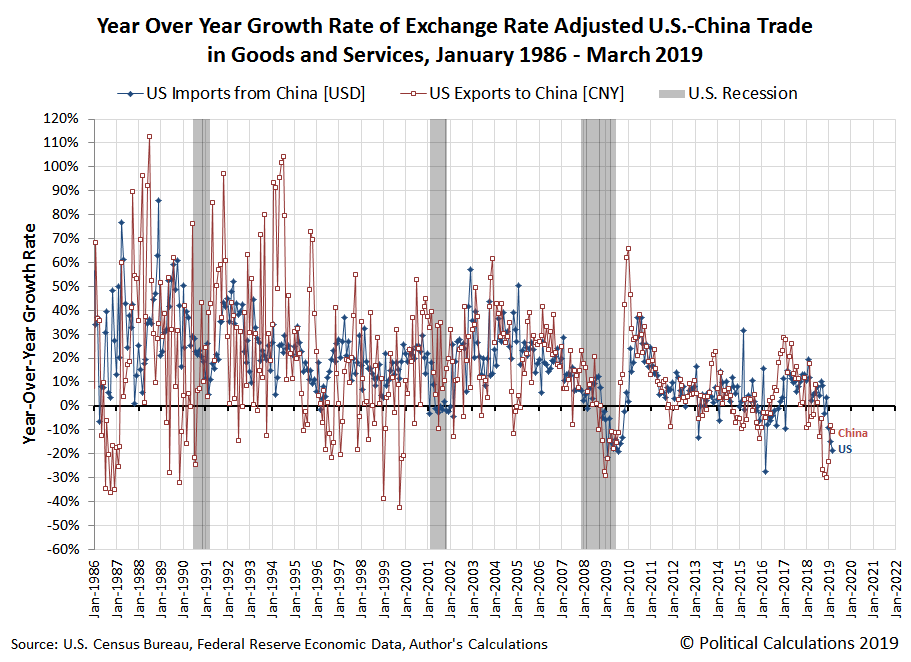 The year over year growth rate for both U.S. imports from China and Chinese imports from the United States are deeply in negative territory and, in the absence of the tariff war that distorts the economic signal provided by this data, would be consistent with what we've previously observed during periods where recessionary conditions prevailed in both nations' economies.

For March 2019, we find that the gap between our counterfactual (shown as the red-dotted line in the following chart) for what the total value of goods exchanged between the U.S. and China would be in the absence of the U.S.-China trade war and where the trailing year average of the data says it is for that month has opened up to $6.4 billion (shown as the heavy black line). We have to go back to early 2016 to find similarly low levels for the raw value of the combined value of trade between the two nations (shown as the solid purple line). 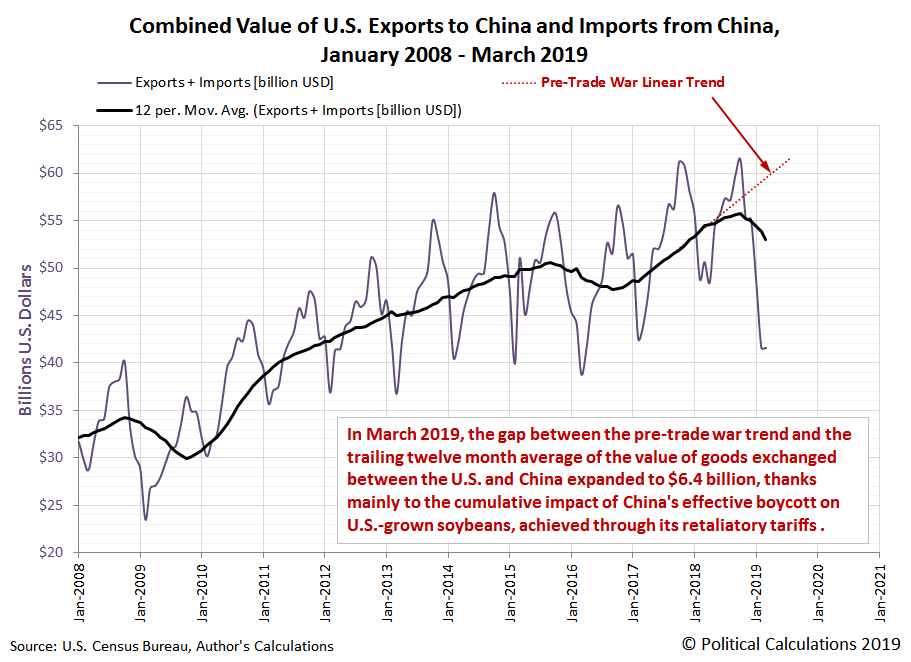 Altogether, the cumulative loss of direct trade between the U.S. and China now totals $27.1 billion. The the U.S.-China tariff war is leaving a mark on both nations' economies.