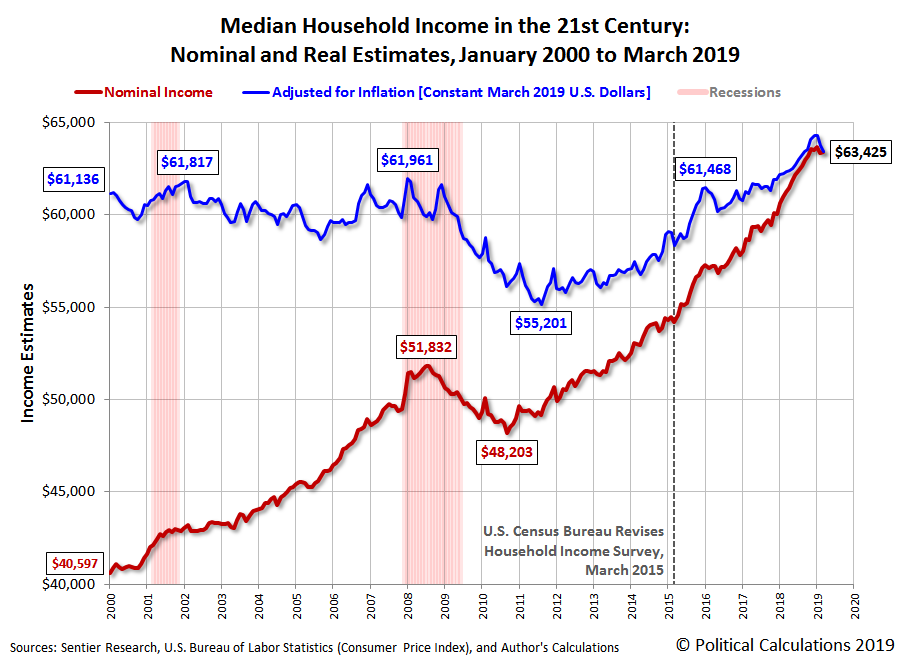 Year over year, median household income in the U.S. has risen by 3.6%, but while positive, the rate at which it is rising continues to decelerate, having peaked in October 2018. 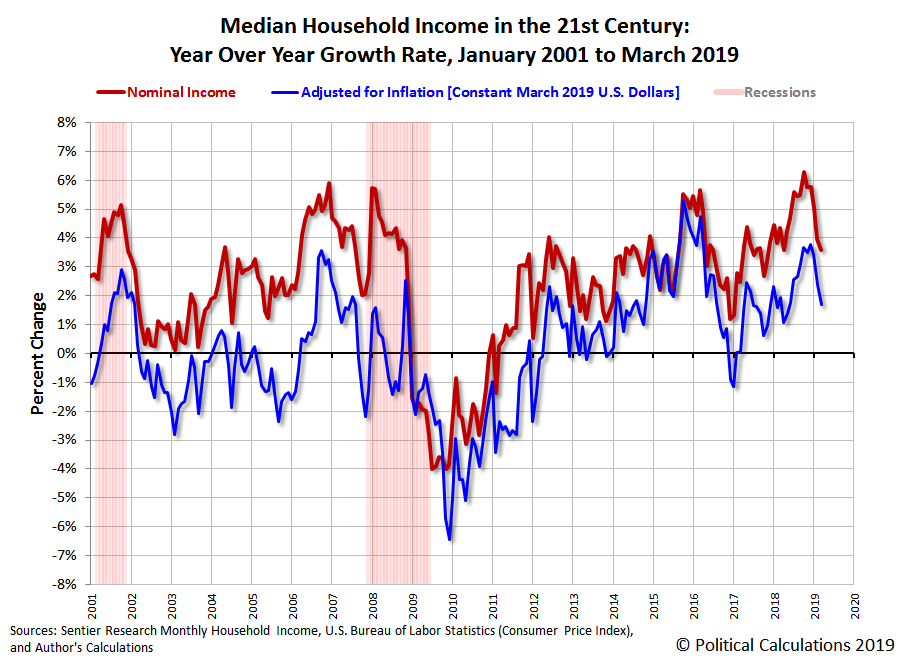 The monthly data reported by Sentier Research is consistent with the U.S. economy having hit a speed bump during the last several months, after having seen remarkably steady and robust growth during 2018.

Our alternate methodology for estimating median household income from data reported by the U.S. Bureau of Economic Analysis would put the figure at $64,002 for March 2019, which is within 1% of Sentier Research's estimate for the month. We suspect that's because the source personal income data may be showing the effects of past momentum, which may be subject to revision during the next several months.