While we last focused on the unique recovery taking place in the West region of the U.S. housing market, the story there is not being universally shared across the United States, where the real estate markets of other major regions in the country are having different experiences.

We're going to tell that story using graphs of the recent trends for the estimated total valuation of existing home sales in each of the U.S. Census Bureau's regions, starting with what's happening out west. 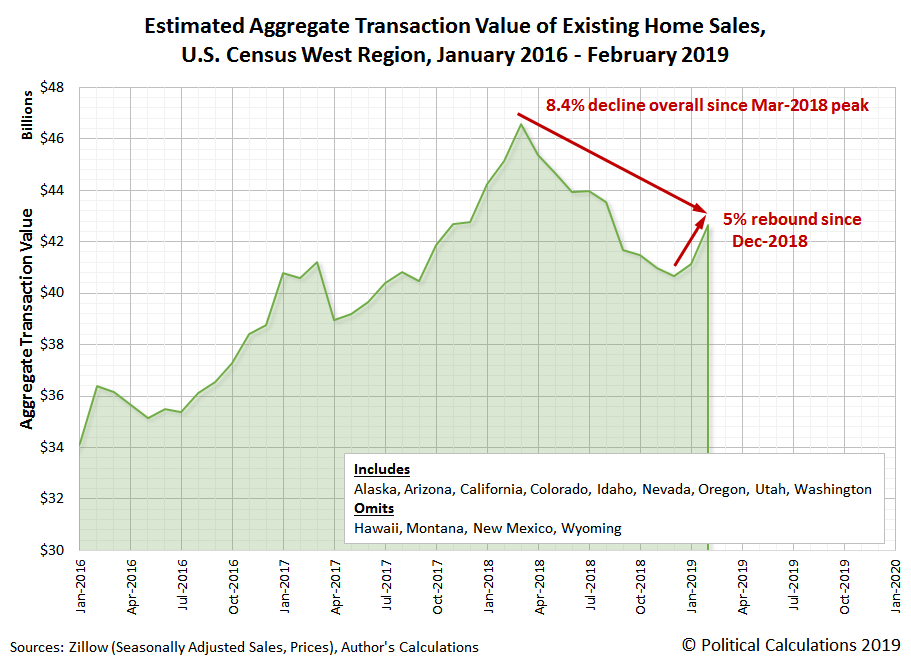 Driven by the combination of housing shortages and rising mortgage rates, which together sent house prices soaring while putting affordable monthly payments out of reach for a majority of home owners, the west region of the U.S. had experienced nearly a 20% decline in the total valuation of existing home sales from their previous peak in March 2018 to their recent trough in December 2018. However, the recent rapid decline of mortgage rates combined with stagnant house sale prices has resulted in a recovery in the months since mortgage rates peaked in November 2018, where they have rebounded by 5% through February 2019.

The trends look similar for the northeast region of the U.S., where the total valuation of existing home sales is now just 1.4% below their March 2018 peak value, having benefited by a 9% rebound that has been building since September 2018. 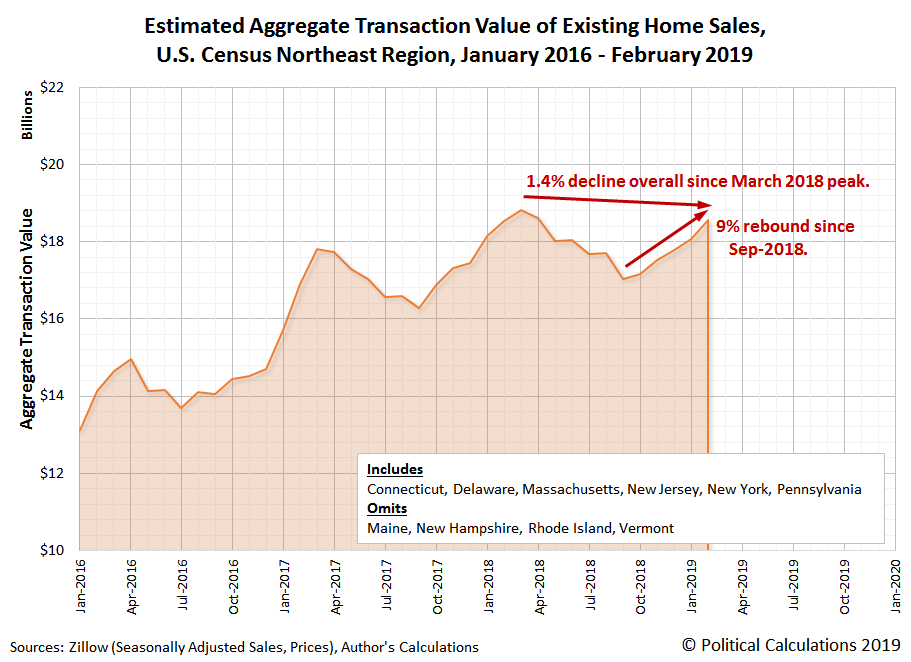 The housing story has been different in the midwest however, where the total valuation of existing home sales hasn't fallen to the same extent that they have in either the west or in the northeast regions of the country. 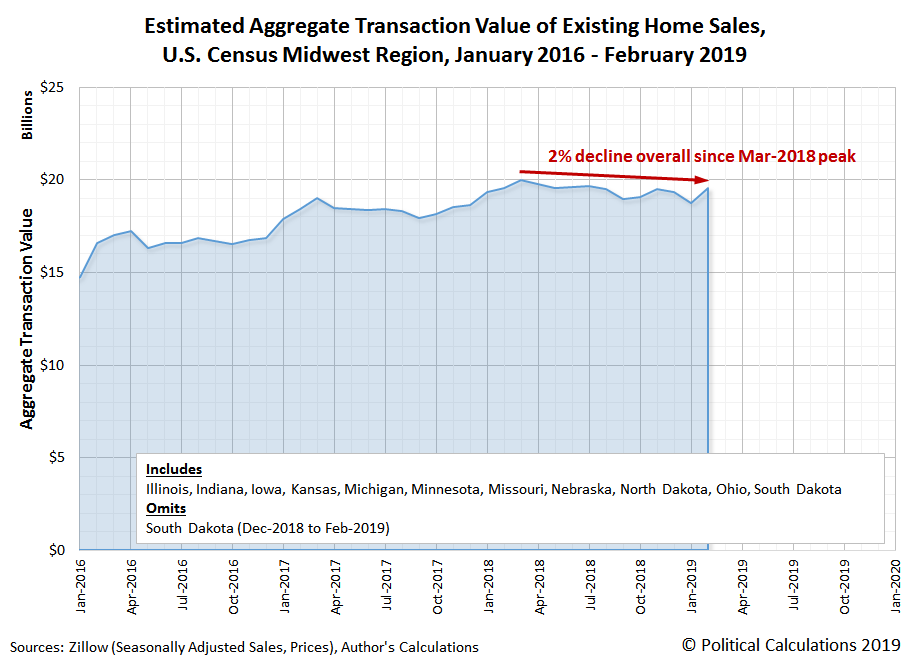 Overall, there has been a mildly negative trend since the total valuation of existing home sales peaked in the midwest back in March 2018, with the equivalent of market capitalization for the region's existing home market has declined by 2%.

If there's a region of concern however, it is to be found in the south where since that regional market peaked in June 2018, it has seen the total valuation of existing home sales fall by 3.4% according to Zillow's latest seasonally adjusted state level data. 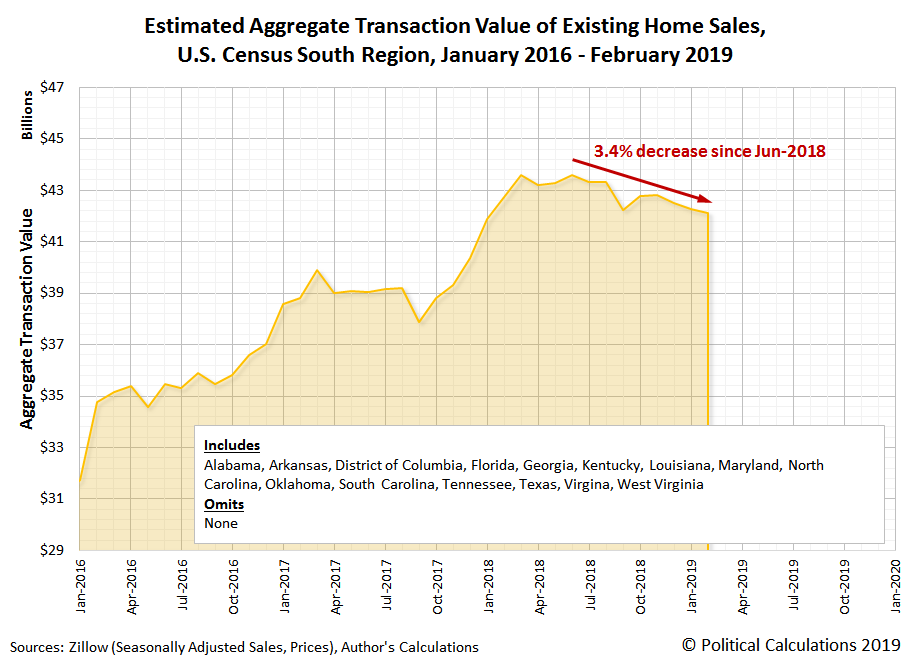 Zillow's data is subject to frequent revisions, so these charts reflect a snapshot in time of the best available data, particularly for recent months. We have the ability to break out the state-level data we have for each of these regions, where we will soon explore the trends in the 13 states that have reached new peaks for their existing home real estate markets during 2019.