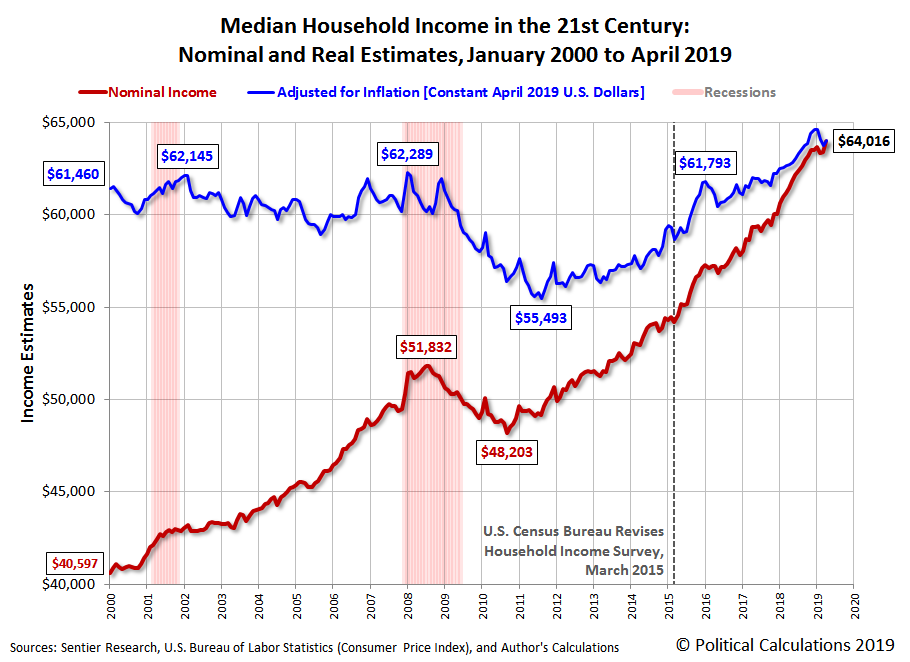 The year-over-year growth rate for median household income in the U.S. showed a small rebound in April 2019, rising to 4.1% from 3.4% in the previous month in nominal terms, which is shown as the red line in the following chart. After adjusting for inflation, that change corresponds to an increase to 2.1% from March 2019's 1.7% "real" growth rate. 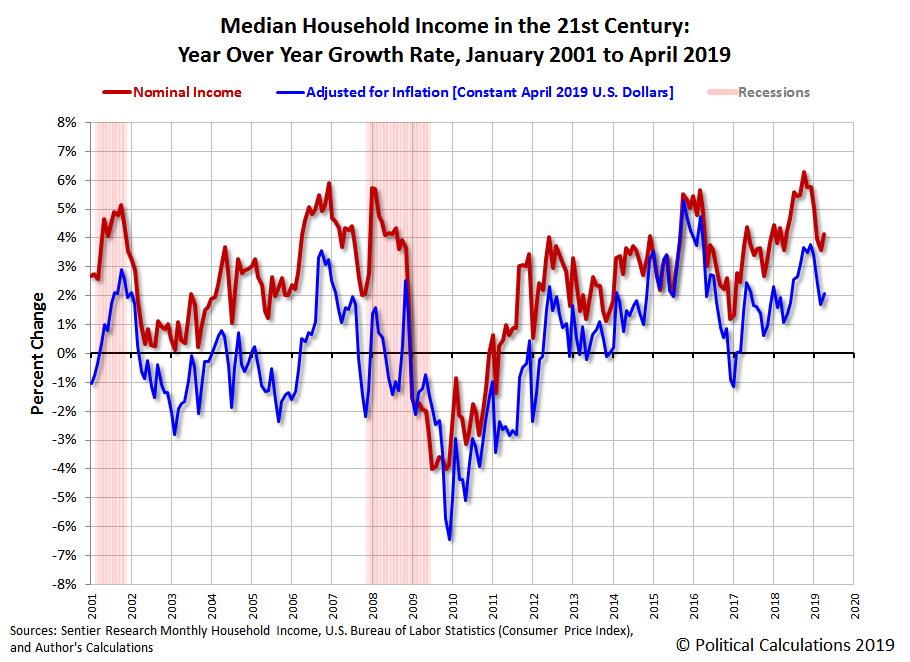 Overall, the positive acceleration in median household income in April 2019 reverses what had been a trend of deceleration that began in late 2018, as the U.S. economy seemed to hit a speed bump during the last quarter of that year.

Our alternate methodology for estimating median household income from data reported by the U.S. Bureau of Economic Analysis would put the figure at $63,949 for April 2019, which is within 0.1% of Sentier Research's estimate for the month.

More significantly however, the BEA has posted a significant revision of its aggregate personal income data going back to October 2018, which captures the downdraft Sentier Research's survey-based estimates have been signalling. The following chart shows how aggregate received wage and salary dispersements changed from what the BEA previously reported on 29 April 2019 to what it just reported on 30 May 2019. 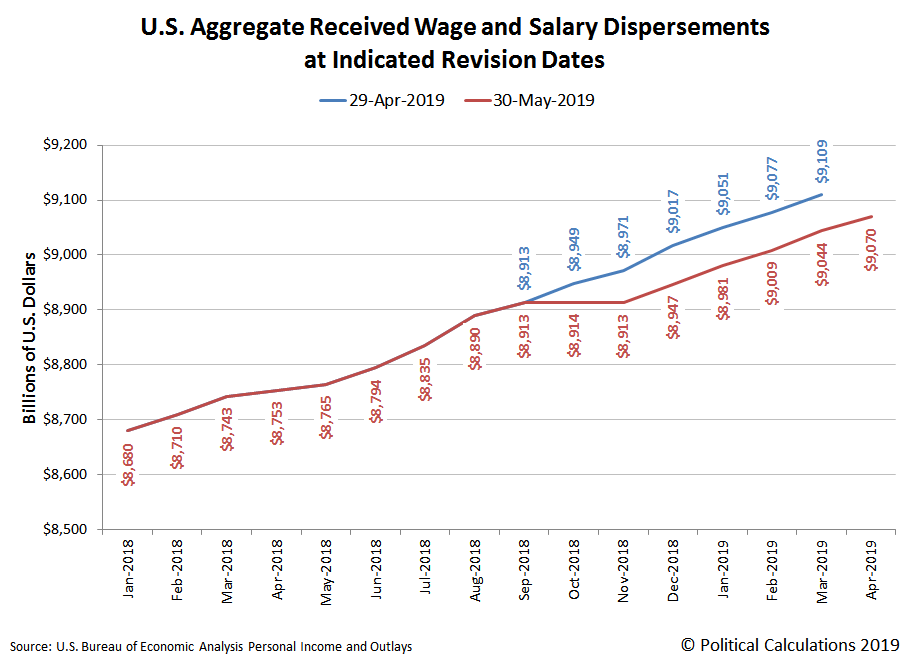 In generating inflation-adjusted portion of the Median Household Income in the 21st Century chart and the corresponding year-over-year growth rate chart above, we've used the Consumer Price Index for All Urban Consumers (CPI-U) to adjust the nominal median household income estimates for inflation, so that they are expressed in terms of the U.S. dollars for the month for which we're reporting the newest income data. Our data sources and other references are provided in the following list.