After having plunged from October 2018 through March 2019, median new home sale prices in the U.S. would appear to be stabilizing in recent months, with their initial trailing year average for June 2019 unchanged from the previous month at $319,300. 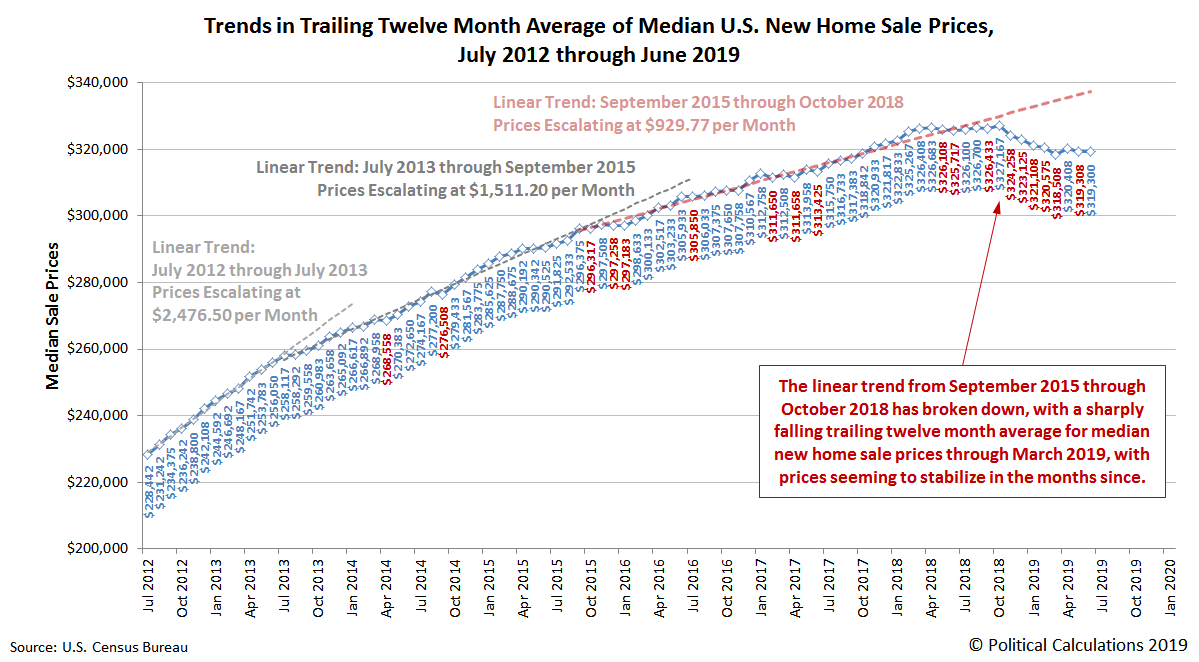 The decline in median new home sale prices began shortly after 30-year mortgage rates in the U.S. peaked at 4.87% in November 2018, the highest they had been since February 2011, which was nearly a full percentage point higher than the 3.92% recorded in November 2017. In June 2018 however, the average 30-year mortgage rates in the U.S. has dropped to 3.80%, having fallen by more than a full percentage point during the last seven months. 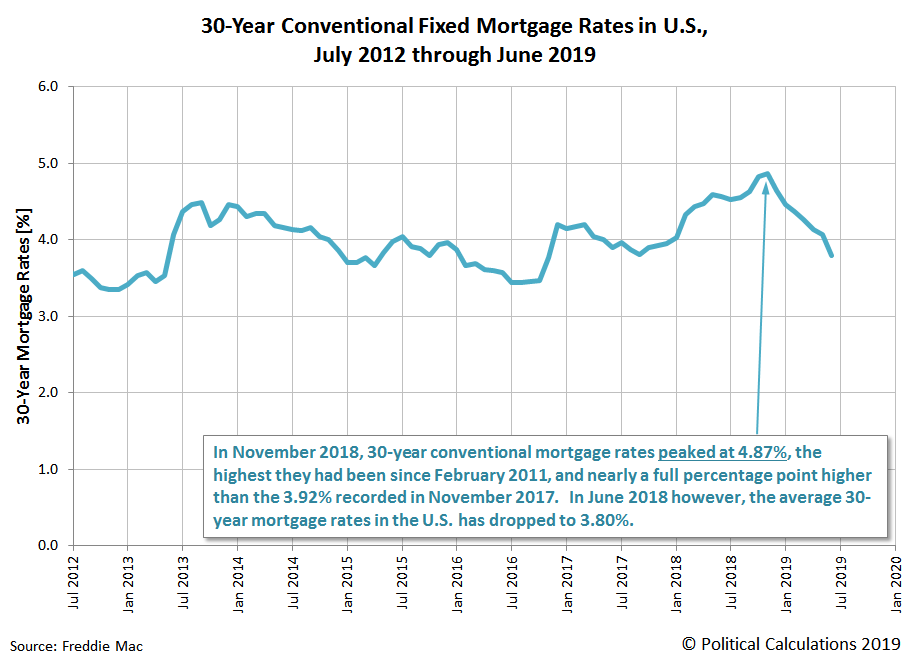 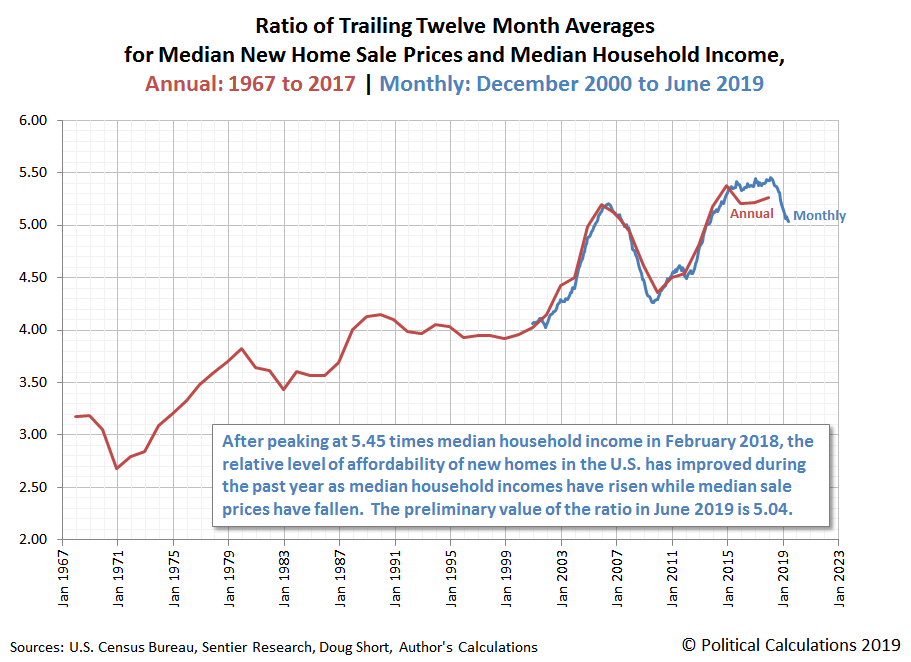 Sentier Research. Household Income Trends: April 2019. [PDF Document]. Accessed 30 May 2019. [Note: We've converted all data to be in terms of current (nominal) U.S. dollars, and are using a projection for June 2019's estimate.]