July 2019 was a down month for dividend payers in the U.S. stock market. Compared to the previous month, it appears mixed mainly because June is typically among the slowest months of the year for firms declaring dividends. But it pales in comparison to what was recorded a year earlier, in July 2018, with fewer firms raising their cash payouts to shareholders and more firms announcing dividend cuts.

Let's run through the dividend metadata for July 2018....

The following chart shows the monthly increases and decreases for dividends reported by Standard and Poor for each month from January 2004 through July 2019. 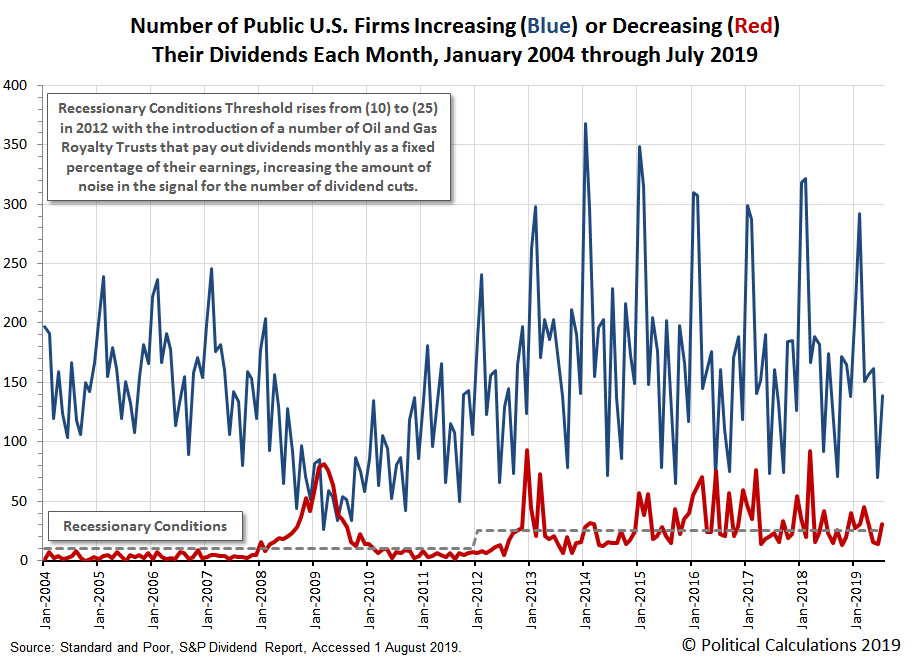 We'll take a closer look at which sectors of the economy are feeling distress later this month, when we have a larger sampling from our near real-time sources for dividend declarations. If you would rather not wait, we've linked to our references below....