Microsoft Excel is a spreadsheet application that was first launched for Apple's MacIntosh computers in 1985 and for personal computers running Microsoft's Windows 2.0 operating system in November 1987.

Separately, we learned from a note tucked in the July 2019 edition of the S&P 500 Market Attributes spreadsheet that its author, Howard Silverblatt, is now in his forty-third year of working at Standard and Poor, where he oversees all the data related to the S&P 500 stock market index.

The S&P 500 itself has been around since 1957, while its predecessor index, the S&P 90, goes back at least to December 1925. Its component stocks have data available that go back even further in time, where we can extend the historical reach of the stocks that made up the S&P 90 and later the S&P 500 all the way back to January 1871.

Which brings us to the S&P 500 Earnings and Estimates spreadsheet, which is also authored by Howard Silverblatt, whose data covering the history of the S&P 500 begins with March 1988, the month ending 1988-Q1.

With so much history, we always wondered why the data provided by S&P for its signature stock market index only went back to March 1988. It wasn't until we learned the history of Microsoft Excel that we finally put two and two together and it all finally made sense. That quarter was likely when Howard started using Excel to analyze the S&P 500!

To mark that realization, and Howard's 43rd year at S&P, we've used the data from that spreadsheet to visualize the quarterly history of the S&p 500 index, from 1988-Q1 through 2019-Q2, covering the index' value, its divisor (the rough equivalent of the number of shares of a regular stock), and its market capitalization, where we multiplied the S&P 500's value by its divisor to generate its market cap history, which is something that Microsoft Excel happens to make easy to do! 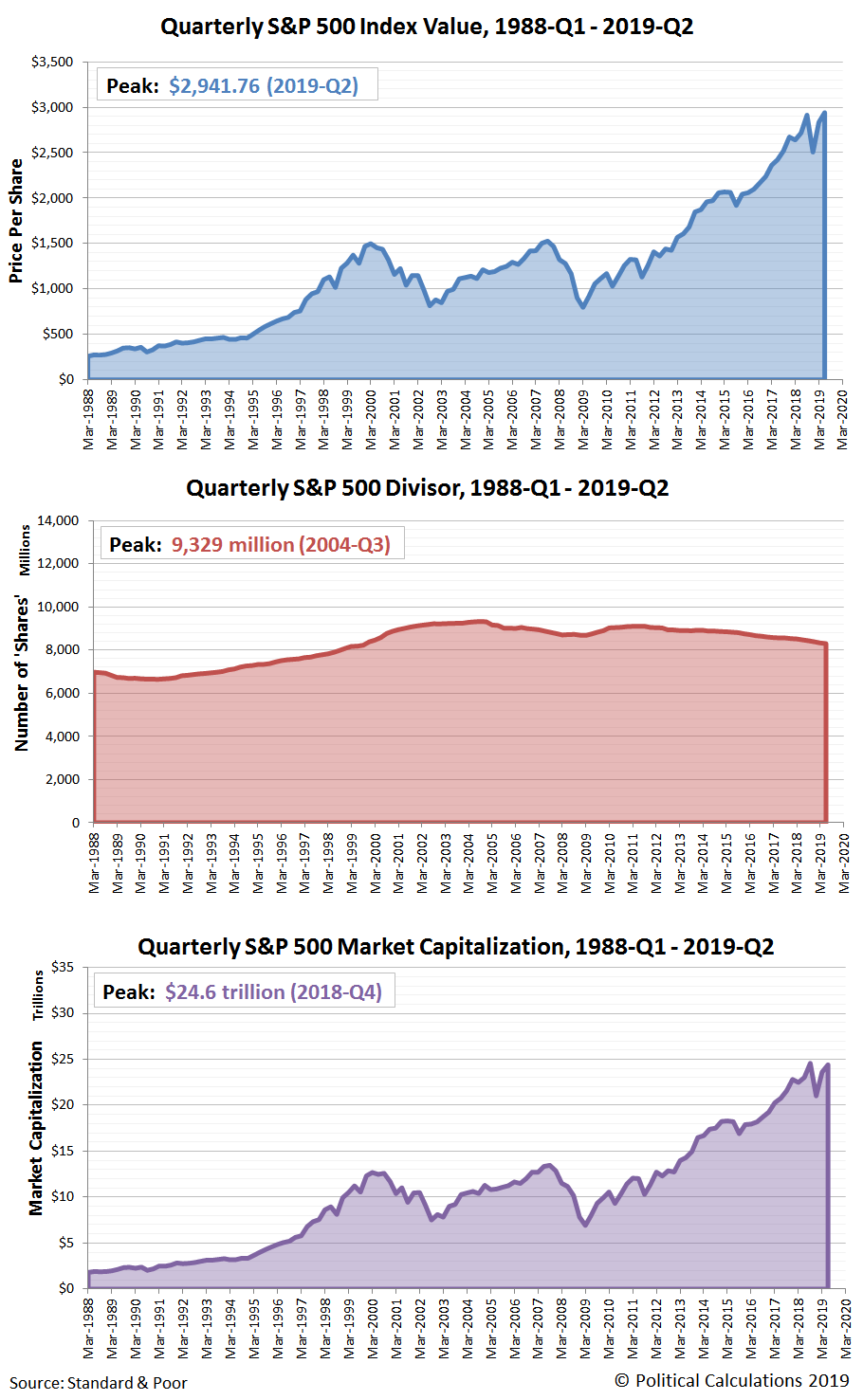 How much other, older data is still out there unexplored because it was documented using applications that have been lost to time?