Preliminary and revised data for the new home sales market indicates it continued to grow robustly in August 2019, continuing its strong rebound of recent months.

The following chart shows the strength of that rebound as measured by the trailing twelve month average of the new home sales market capitalization, which has come as mortgage rates in the United States have dropped dramatically since the end of 2018 to their lowest levels since 2016. 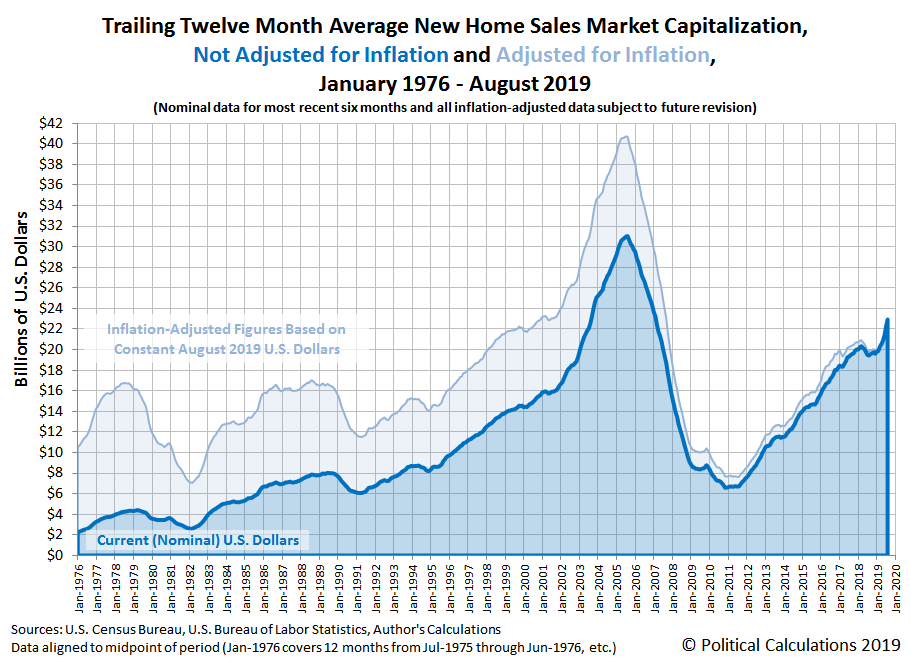 Both average sales prices and the number of sales rose in August 2019's initial estimates, where the combination has pushed the market capitalization of new homes to their highest levels since 2007. The effects of the rebound are particularly visible in California's largest-in-the-nation real estate markets, which are still far below the state's early 2018 peak and has occurred even though the nation's third largest real estate market by market cap, Texas, has experienced a downtrend during 2019.

Calculated Risk's Bill McBride believes 2019 is on track to become the best year for new home sales in the U.S. since 2007. In our next chart, we've calculated the average market cap for the U.S. new home sales market for each year from 1975 through the year-to-date in 2019, in both nominal and inflation-adjusted terms, to confirm that's the case. 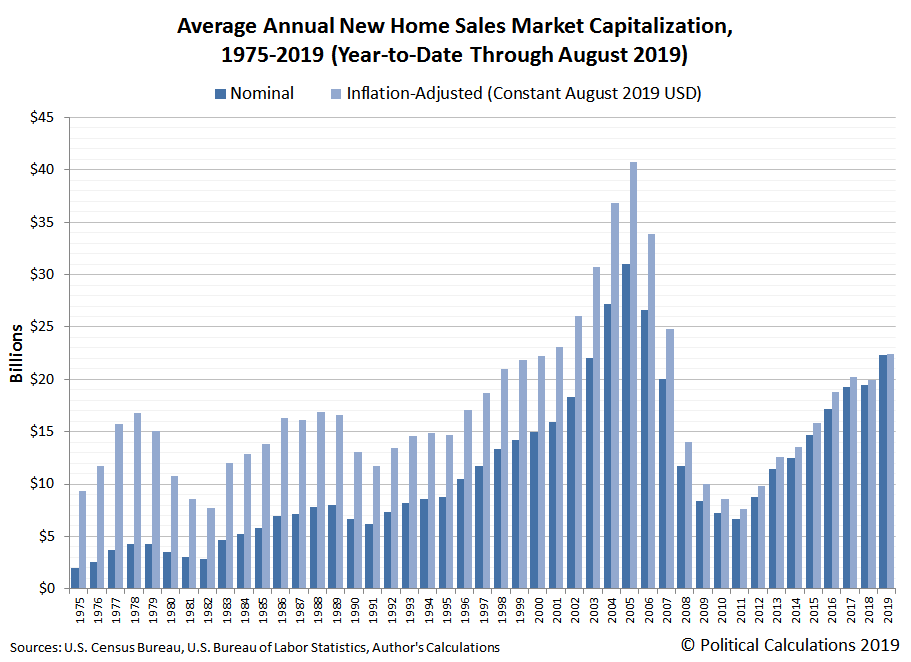