After achieving a new record high in October 2019, median household income in the United States dipped slightly in November 2019, falling to $66,043 from the previous month's initial estimate of $66,465, according to Sentier Research. 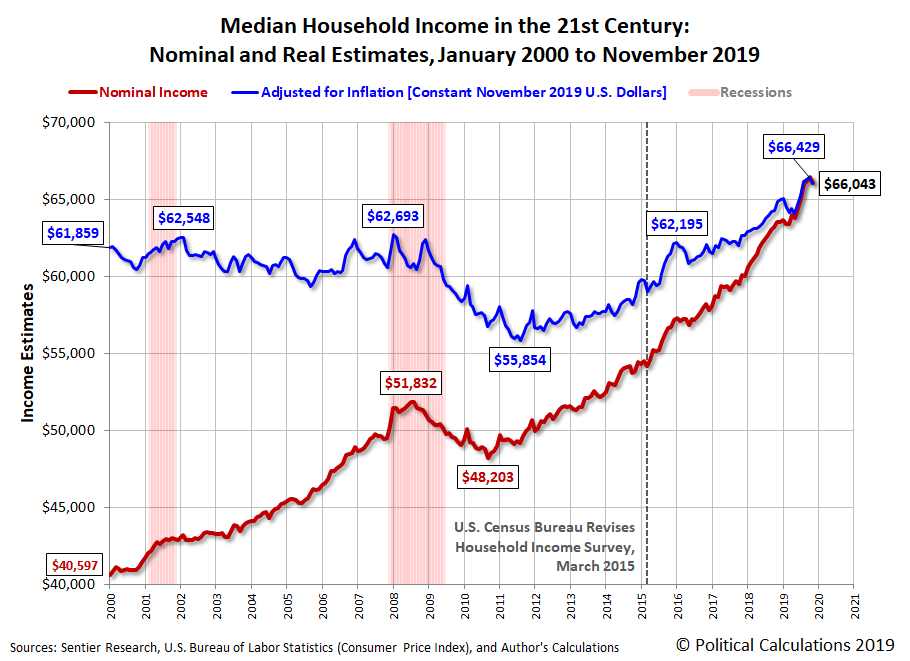 Year over year, median household income rose by 3.9%, or 1.8% after adjusting for inflation, from the figures recorded in November 2018.

Our alternate methodology for estimating median household income from data reported by the U.S. Bureau of Economic Analysis would put the figure at $66,090 for November 2019, which is less than 0.1% different from Sentier Research's initial estimate for the month.

Sentier Research's estimate for December 2019 should be available toward the end of the month, where we'll present a year-end wrap up for median household income in 2019 sometime in early February 2020.