We're going to take a short break from our ongoing coverage of the impact of China's coronavirus epidemic on the U.S. stock market to focus on a bright spot in the U.S. economy: rising existing home sales.

December 2019 saw the strongest aggregate totals for existing home sales in years, with the equivalent market cap for this portion of the U.S. economy reaching $1.63 trillion based on Zillow's available data. 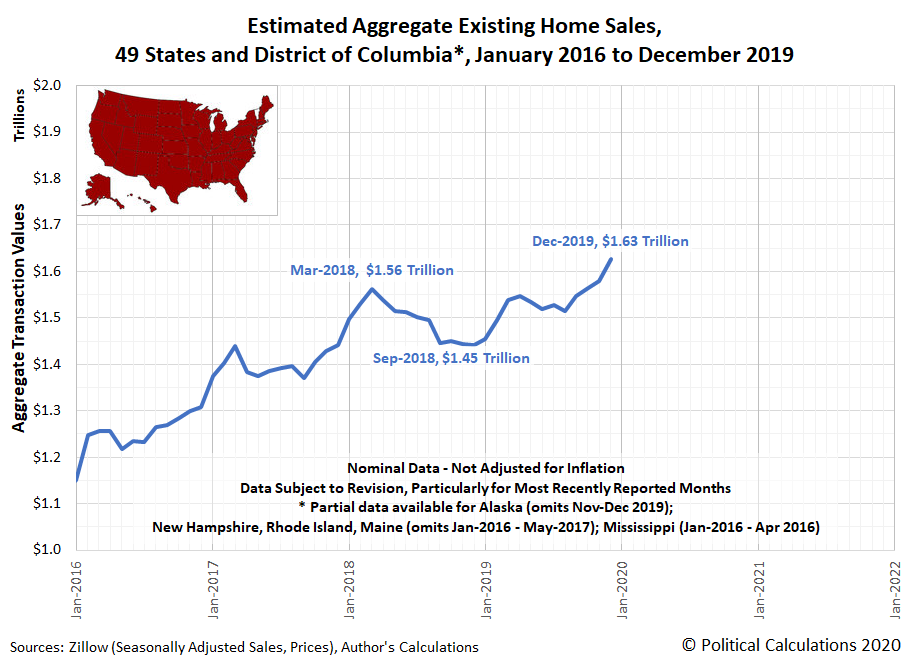 A combination of both rising prices and rising number of sales contributed to 2019's strong finish, with the Northeast and South regions showing the greatest strength. 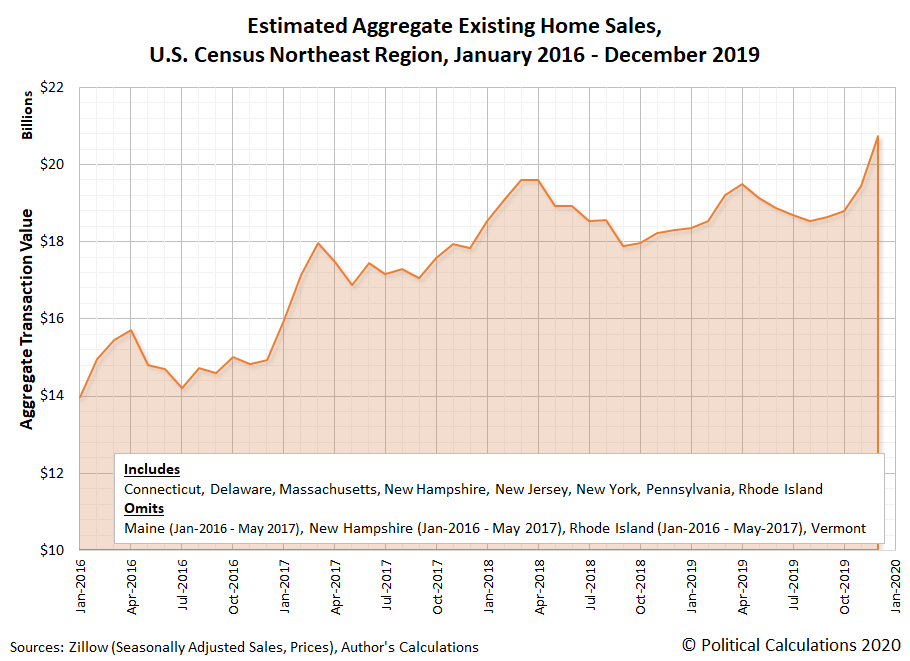 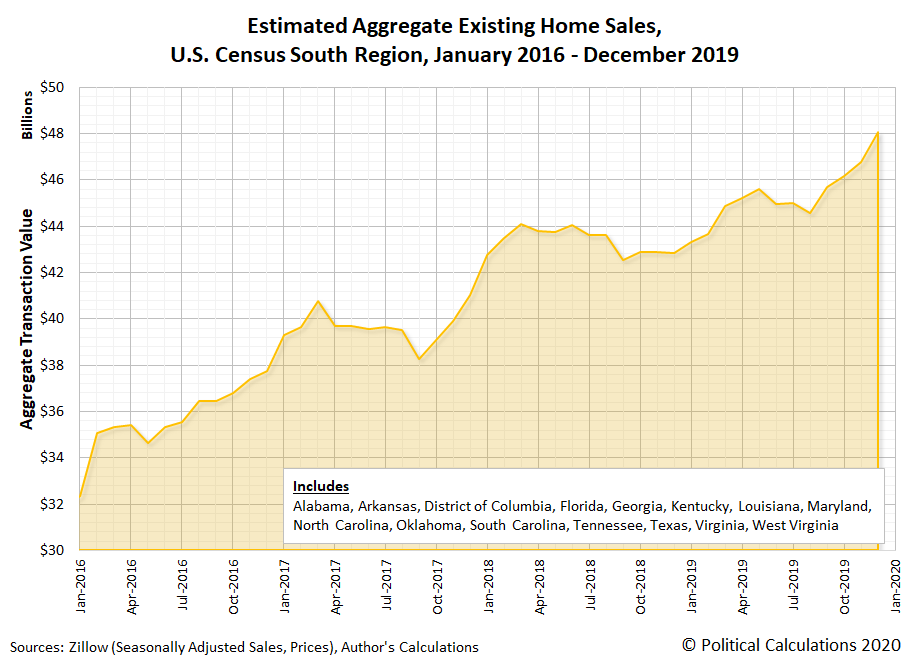 Aggregate sales were also up in the Midwest and West regions of the U.S., although not as strongly as in the Northeast and in the South. 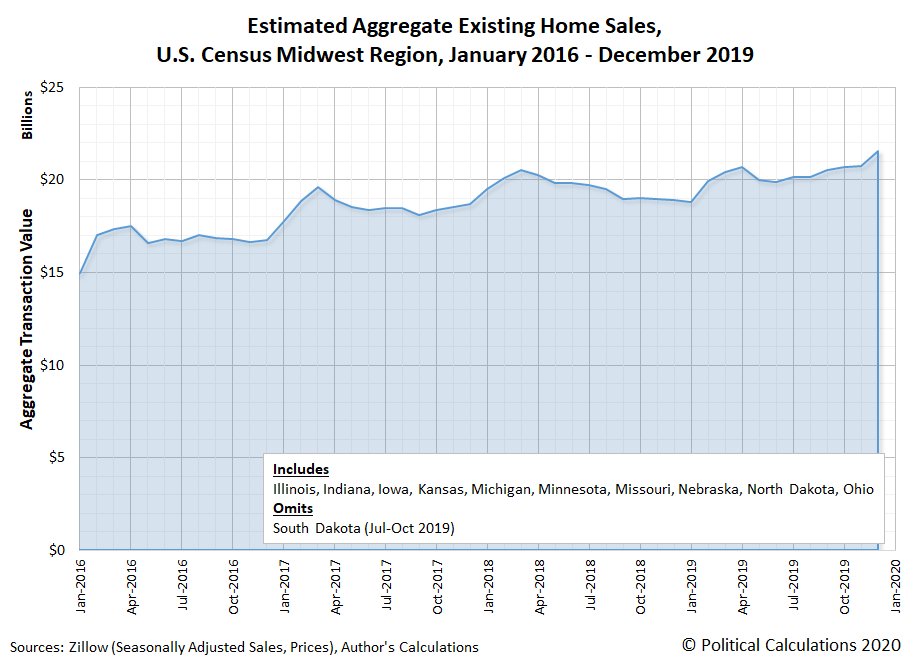 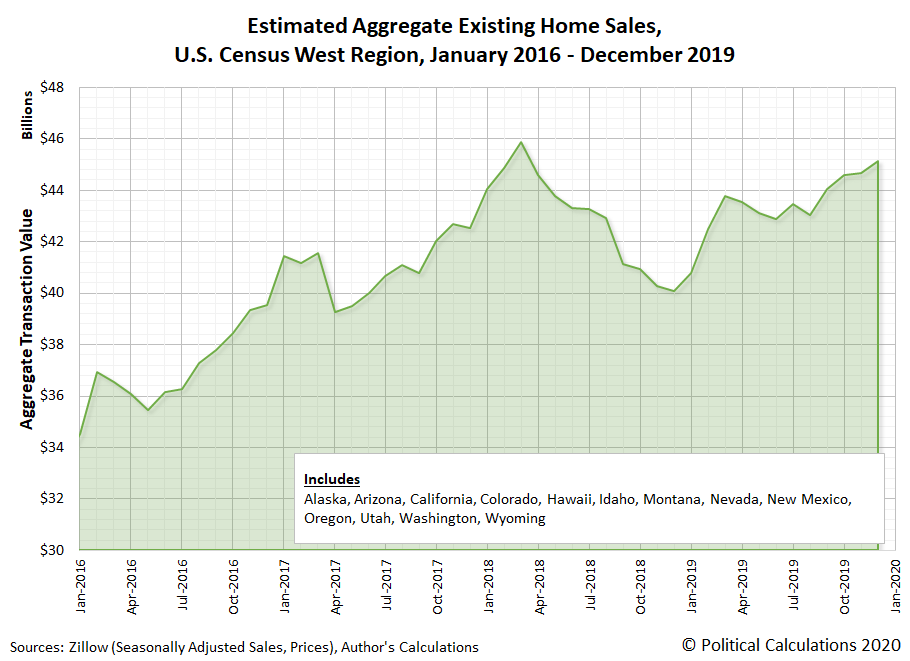 Meanwhile, seasonally adjusted aggregate sales were also up in each of the U.S.' top five states for existing home sales in December 2019: 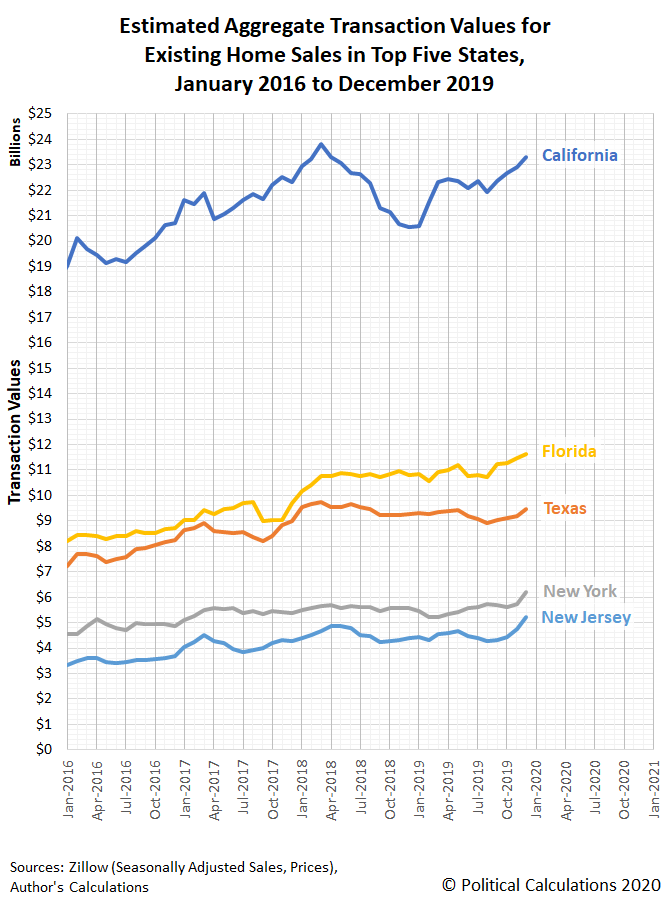 California and Texas are still both below their March 2018 peaks, but aggregate existing home sales in Florida, New York, and New Jersey are reaching new relative highs. It should be noted however that they are doing so mainly the basis of rising prices rather than a rising number of sales.

That was true across most of the United States. Zillow indicates 40 states recorded new peaks in their seasonally adjusted median sale prices for existing homes in December 2019, where Zillow's available data extends as far back as March 2008 for 37 of these states.

New home sales through January 2020 will be out later today, which we'll follow up tomorrow since they represent a much bigger contributor to the U.S.' gross domestic product.