The market for new homes in the U.S. is continuing its recent torrid pace. Based on the latest sales data reported by the U.S. Census Bureau, the preliminary nominal estimate of the market capitalization for new homes was $30.6 billion in August 2020.

Taking the trailing twelve month average of the market cap for new homes to factor out seasonality in the data while factoring in data revisions in previous months, we estimate August 2020's adjusted market cap to be $25.76 billion. In nominal terms, this is the highest this figure has been since August 2006, which can be seen in a chart showing the historical market cap data going back to January 1976. 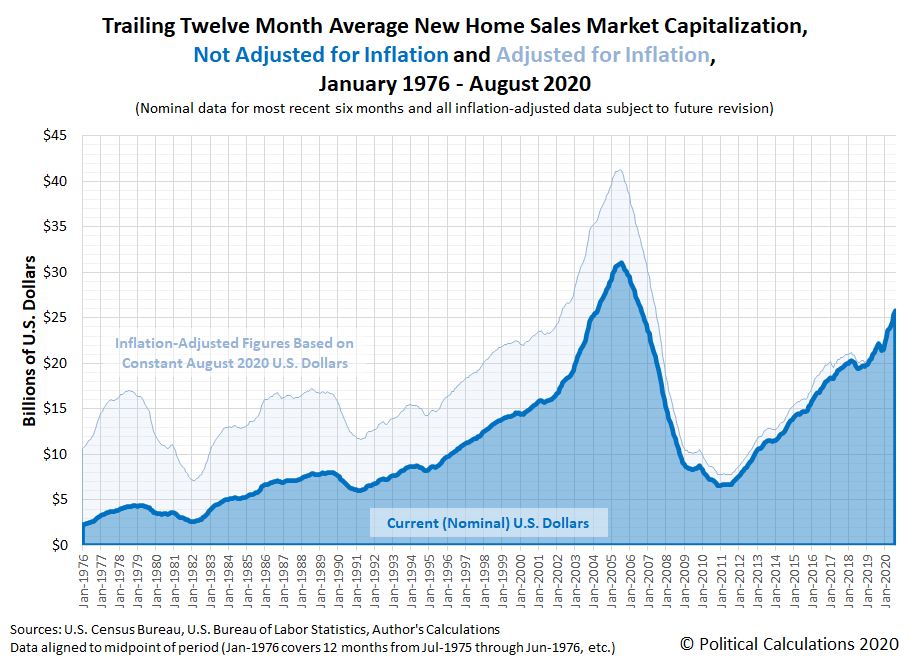 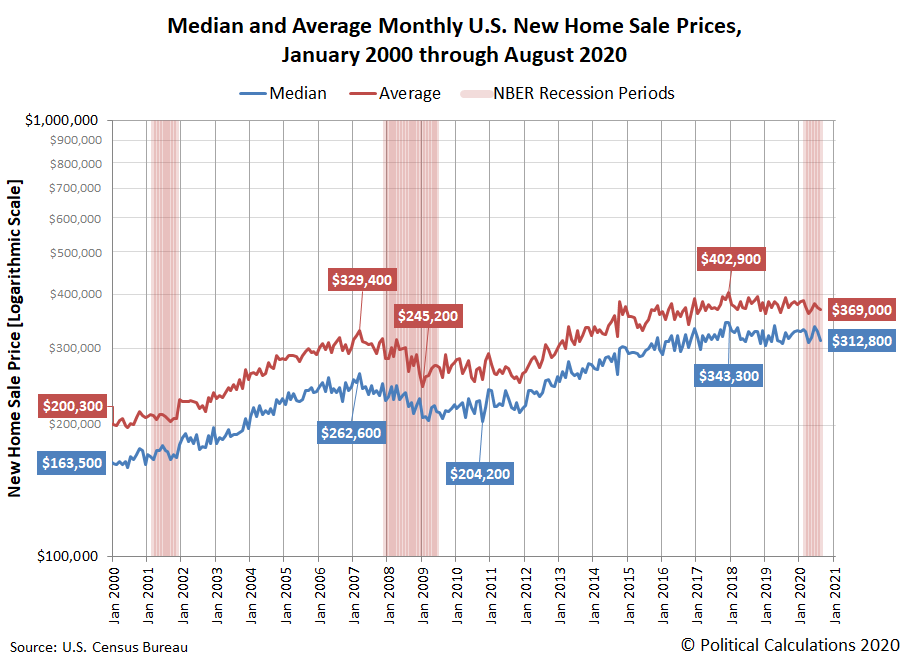 With the trend for the sale prices of new homes generally flat to slightly falling over the last two years, the only way the market cap of new homes could increase is because of rising sales volumes. That fact may be confirmed in the next chart showing the trailing twelve month average of the annualized number of new home sales in the U.S. from January 1976 through August 2020. 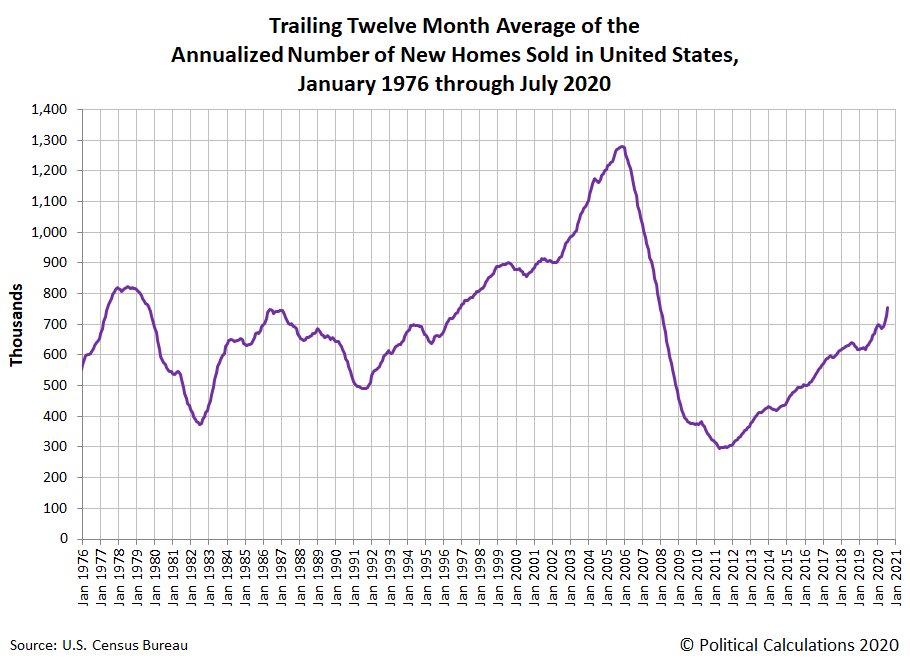 The preliminary data for the months from April 2020 through August 2020 suggest the number of new home sales is rising at one of the fastest paces on record. Since the data for the last few months of this period may be subject to revision during the next several months ahead, we won't be able to confirm if its the fastest until later this year.