Year over year, the value of goods traded between the U.S. and China surged in December 2020. The following chart shows that surge as measured by the year-over-year growth rate of the exchange rate adjusted value of U.S. exports to China (red) and U.S. imports from China (blue). 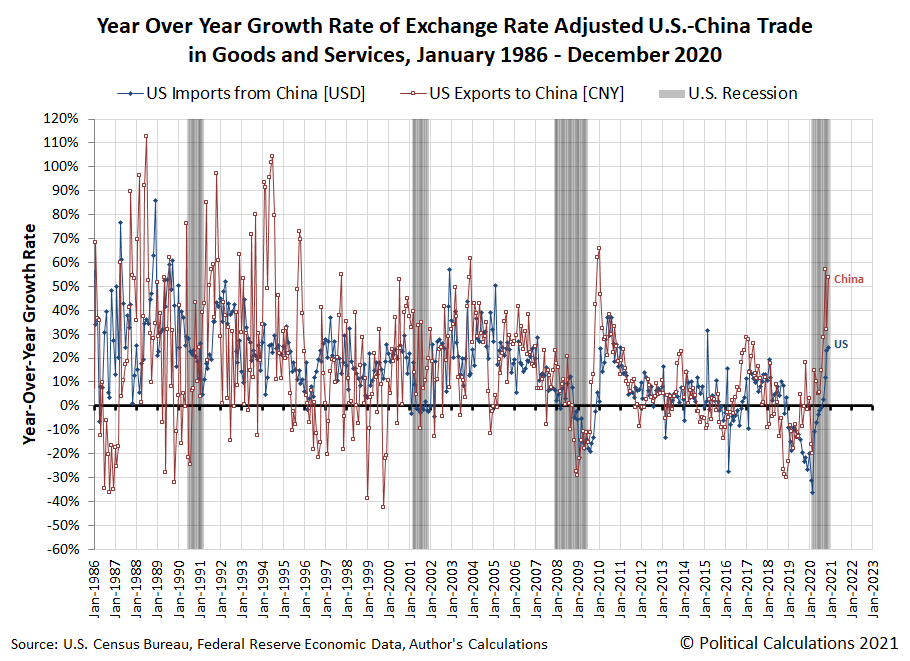 Taking a step back to look at the modern history of trade between the U.S. and China, we see that the level of goods traded between the two countries has swung from an extreme low a year ago to nearly recover to pre-trade war highs. 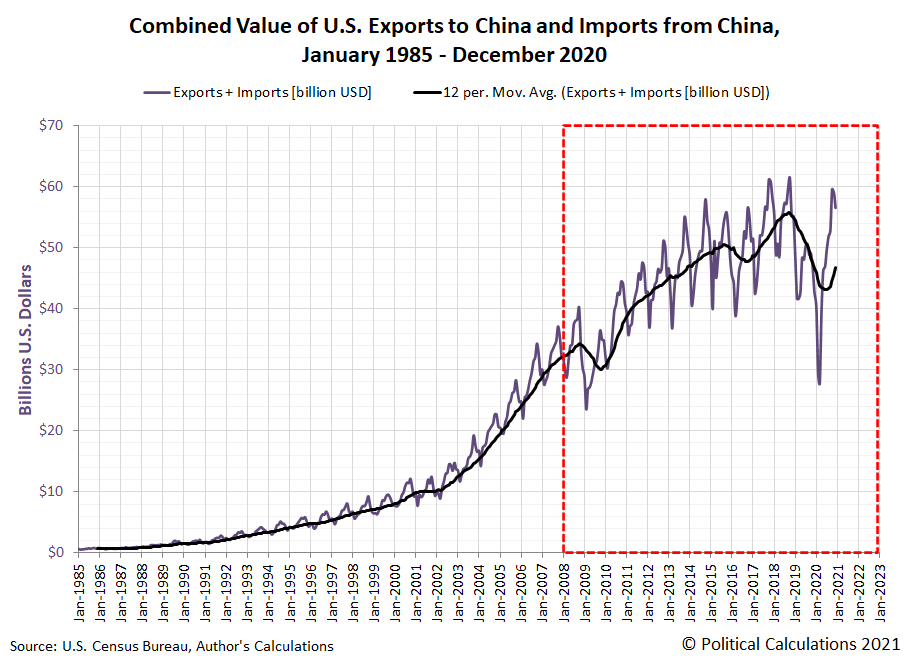 Zooming in next on the period from January 2008 through December 2020, we find that year over year, the level of the combined value of traded goods between the U.S. and China rose by $14 billion in December 2020. 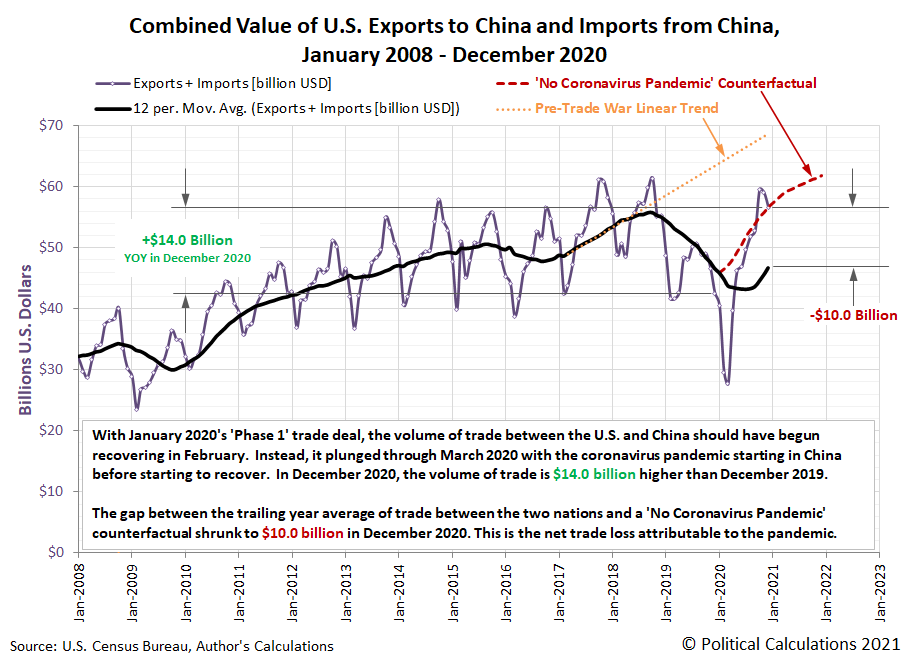 That growth has narrowed the gap between the January 2020 'Phase 1' trade deal counterfactual and the trailing twelve month average in the combined value of trade between the U.S. and China, shrinking from $10.3 billion in November 2020 to $10.0 billion in December 2020.

Going back to the chart we featured at the top of this article, the growth rate of China's imports from the U.S. has been positive since March 2020, while U.S. exports from China has likewise been in positive territory since September 2020.

To the extent that the growth rate of a country's imports reflect the relative health of its economy, the trade data suggests China exited its coronavirus pandemic recession in the second quarter of 2020, while the U.S. exited the coronavirus recession at or shortly after the end of the third quarter.

Trade data is far from the only determinant of whether a country is experiencing recessionary conditions. While the precise timing of the end of the recessions has yet to be announced, it would however not be surprising if the official arbiters of national recessions identified these periods as marking the end of the coronavirus pandemic-related recessionary downturns in both countries.