The price of the typical new home sold in the United States is rising at an unprecedented rate.

That's not something that's immediately obvious if you just look at the reported median and average new home price data reported each month. The following chart shows that data from January 2000 through February 2021: 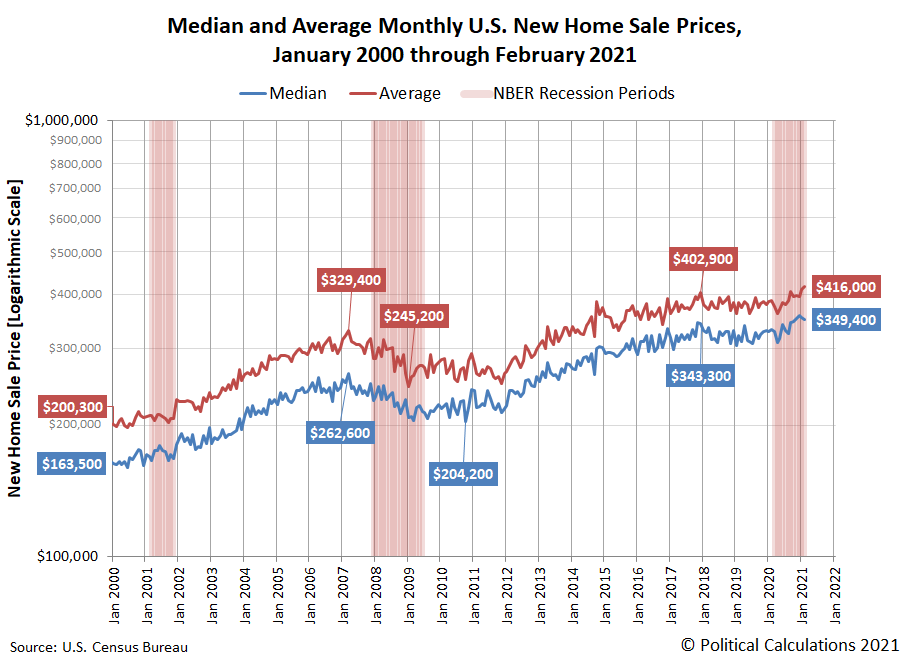 What this chart does is that average new home sale prices reached a new record high based on the first estimate for February 2021 (the data will be revised at least two or three times before being finalized). And at the same time, the median new home sale price in the U.S., which is representative of the typical home sold, is just a bit off its record high, which was set in December 2020.

But to understand why that's unprecedented, we need to reframe the housing sale price data with respect to the income earned by a typical American household. In the following chart, we take the trailing twelve month average of median new home sale prices and track it with respect to the trailing twelve month average of median household income for each month from December 2000 through February 2021. 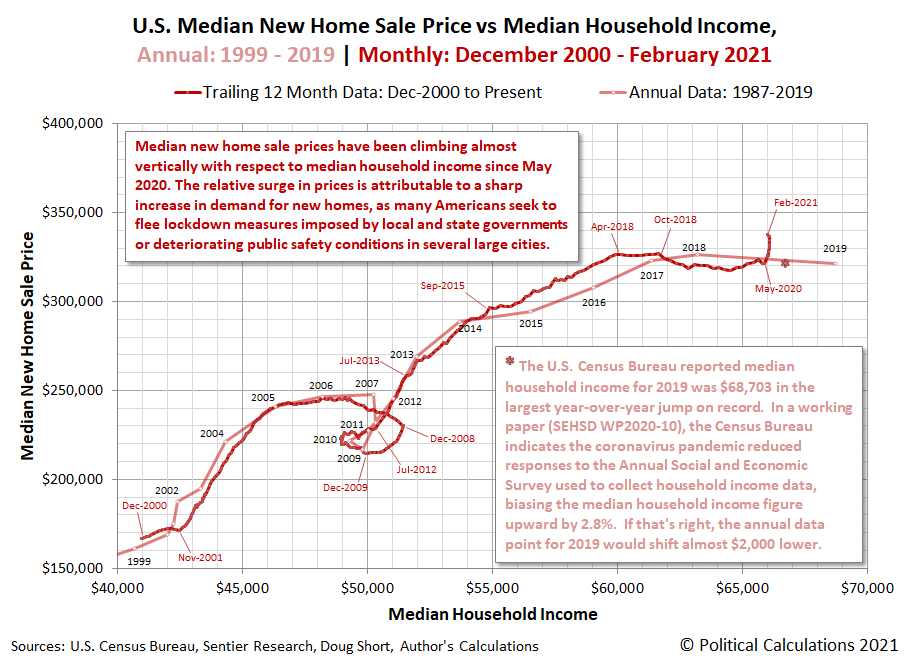 This chart focuses on the historical period that includes the rapid inflation phases of the first housing bubble and of the second, where we find today's trend for median new home sale prices are rising despite little to no change in median household incomes. If we expand the chart to include all the available historical data going back to 1967, we see there's no other period on record where that's happened. As you might imagine, that trend means new homes are rapidly becoming more unaffordable for the typical American household. 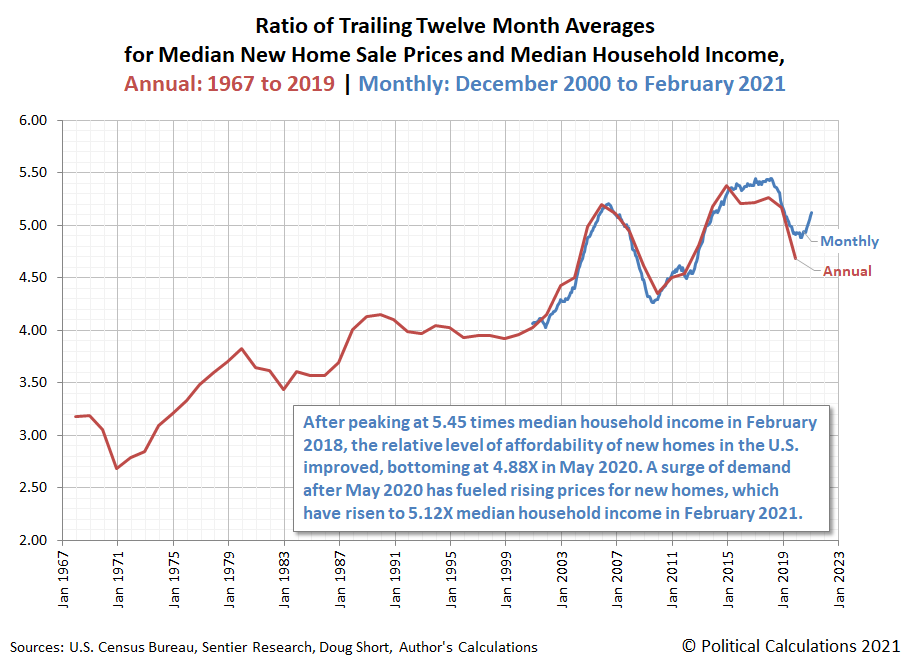 We like this final chart because it neatly visualizes what we mean when we discuss the inflation and deflation phases of the U.S.' two previous housing bubbles. As median new home sale prices have once again decoupled from their previously established positive relationship with median household incomes, their rising level now suggests the U.S. is experiencing its third.