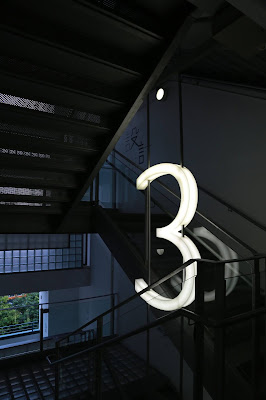 In 2019, we covered the remarkable achievement of mathematicians Andrew Booker and Drew Sutherland, who became the first to ever find a set of integer values for x, y, and z to solve the following diophantine equation:

While that math may look simple, it took several decades and several generations of mathematicians to finally find that result. With Booker and Sutherland's accomplishment, mathematicians could now claim they had found at least one working combination of x, y, and z values to solve a more general form of the formula known as the sum of cubes:

But can each of these value of k be produced by more than one combination of unique x, y, and z values?

Let's look at a deceptively simple sum of cubes problem, where k is equal to 3:

Decades ago, mathematicians identified two unique sets of values for x, y, and z that will make this sum of cubes equation work:

We should note that it doesn't matter which values in each set represent the specific values of x, y, or z in the sum of cubes equation. As long as they're used together, they'll work.

But is there a third unique set of integer values that, when cubed then summed, will produce the number 3 as their result?

Mathematicians have been trying to answer that exact question for almost seven decades:

Booker and Sutherland have found a third unique set of values that produce the sum of cubes solution 3:

You can confirm the result yourself by copying and pasting the following expression into the Online Big Number Calculator:

A recent story provides some insight into how Booker and Sutherland were able to crack the problem by applying modular arithmethic and number theory:

To find the solutions for both 42 and 3, the team started with an existing algorithm, or a twisting of the sum of cubes equation into a form they believed would be more manageable to solve:

This approach was first proposed by mathematician Roger Heath-Brown, who conjectured that there should be infinitely many solutions for every suitable k. The team further modified the algorithm by representing x+y as a single parameter, d. They then reduced the equation by dividing both sides by d and keeping only the remainder—an operation in mathematics termed "modulo d"—leaving a simplified representation of the problem.

"You can now think of k as a cube root of z, modulo d," Sutherland explains. "So imagine working in a system of arithmetic where you only care about the remainder modulo d, and we're trying to compute a cube root of k."

With this sleeker version of the equation, the researchers would only need to look for values of d and z that would guarantee finding the ultimate solutions to x, y, and z, for k=3. But still, the space of numbers that they would have to search through would be infinitely large.

So, the researchers optimized the algorithm by using mathematical "sieving" techniques to dramatically cut down the space of possible solutions for d.

"This involves some fairly advanced number theory, using the structure of what we know about number fields to avoid looking in places we don't need to look," Sutherland says.

The rest involved some creative distributed computer programming techniques to perform the necessary calculations to identify working values for x, y, and z on hundreds of thousands of computers.

Now, the big question is whether their methods might be able to find a fourth set of working values to solve the sum of cubes equation to obtain a result of 3. The main obstacle is computing power:

"The amount of work you have to do for each new solution grows by a factor of more than 10 million, so the next solution for 3 will need 10 million times 400,000 computers to find, and there's no guarantee that's even enough," Sutherland says. "I don't know if we'll ever know the fourth solution. But I do believe it's out there."

Photo by Alison Pang on Unsplash