In November 2021, the total value of goods exchanged between the U.S. and China dipped from their October peak, but remained elevated at the second highest level on record.

That's partially driven by U.S. exports of soybeans to China, which typically peak between October and December each year. But more significantly, its also driven by higher prices for soybeans and other goods being traded between the two countries, where President Biden's 2021 stimulus checks contributed to inflation in the value of goods imported from China.

Here's how that looks on our chart illustrating the combined value of goods traded between the U.S. and China in each month from January 2008 through November 2021. 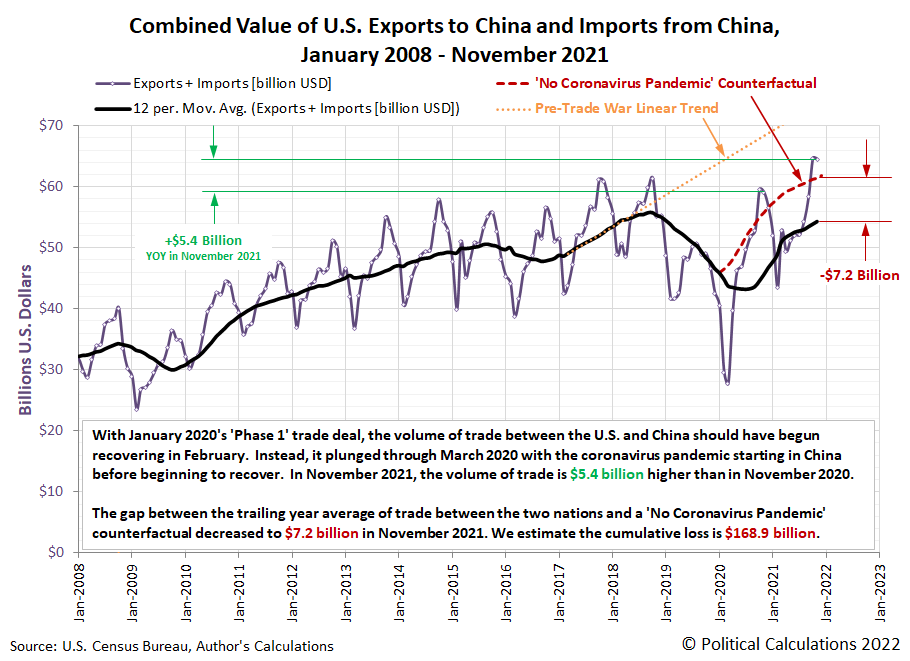 We'll update this version of the chart once more when December 2021's data is available. And then, we'll retire it because we're getting to the point where the original "No Tariff War" and "No Coronavirus Pandemic" counterfactuals are no longer worthwhile to track, because new developments will have more impact on the trajectory of trade between the U.S. and China. We've already hinted at what we're considering to replace it in earlier editions of this series, so we'll leave it at that for now.