U.S. exports lifted the trajectory of trade between the U.S. and China in February 2022.

Year over year, the value of those exports surged by 22% overall, with a third of the increase represented by agricultural goods, including cereal grains, soybeans, and cotton. The single biggest growth category however was pharmaceutical products, which accounted for 19% of the year over year gain and makes sense given China's continuing problems with coronavirus infections. Exports of U.S. mineral fuel oils also increased significantly in the year over year measure, with much of the remaining increase spread over multiple categories.

We should also note that much of the year over year gains resulted because February 2021 had seen an unusually low level for U.S. exports to China. That volatility can be seen in the following chart tracking the trailing twelve month average of the combined value of that trade as the heavy black line, where the counterfactual is shown by the dashed red line. We're using the trailing twelve month average to account, in part, for the seasonality in the actual monthly data, which we've shown as the thinner purple line. 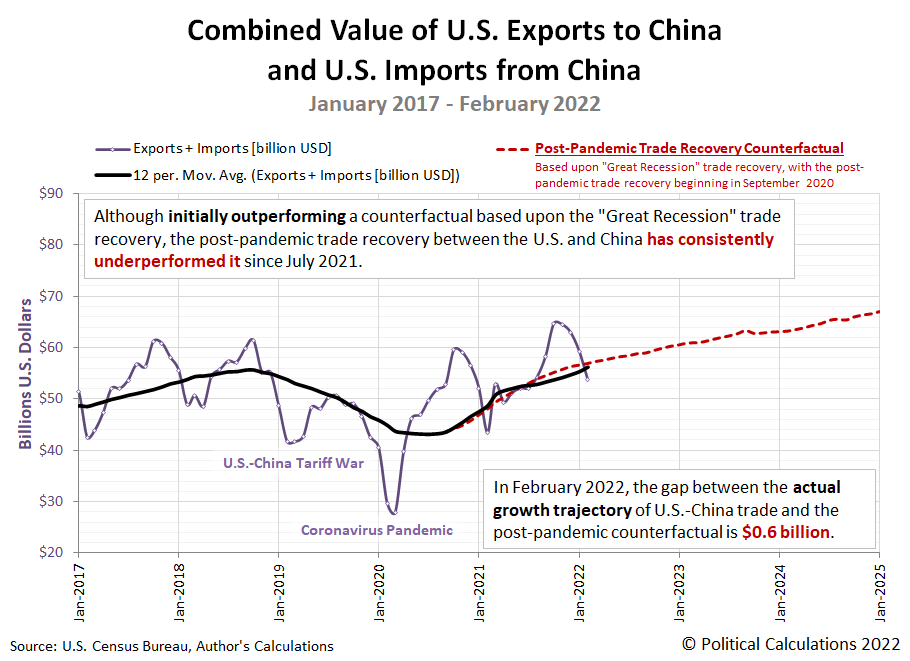