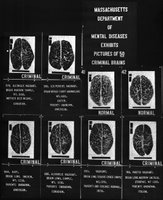 In their reporting, KIRO's investigative team revealed how the KCMEO funded an additional staff position for a pathologist using the proceeds they obtained in selling the brains of mentally-disabled individuals after their death to the Stanley Medical Research Institute (SMRI). SMRI sought the brain tissue of these individuals, believing that studying the organs might provide insights into their disorders. For its role in acting in the role of a "brain broker", the KCMEO received roughly $8,300 from SMRI for each such brain the KCMEO harvested, beginning in 1995. The proceeds to KCMEO from SMRI total nearly $1.49 million.

What makes the Medical Examiner's office conduct appear to be unethical in this case is that its staff pathologists, with the strong encouragement of the office's management, may have had a de facto quota to fill. In seeking to harvest the desired quantity of brain tissue, KCMEO appears to have harvested organs in several cases without either notifying or obtaining the deceased individual's or their families' consent. Several affected families have filed suit, seeking damages from the KCMEO. The cases are presently working their way through the Pierce County Superior Court system.