There's been some confusion in a number of forums regarding our Recession Probability Track and what the probabilities it indicates really mean. Here's the inside scoop: 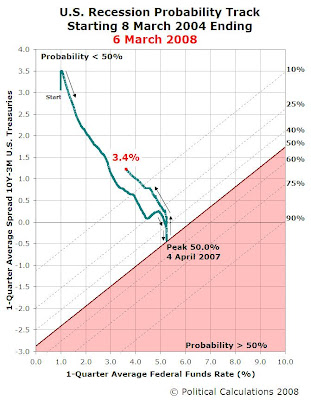 Finally, at this point, it appears that Wright's recession prediction model has worked pretty well as an early warning system. We'll keep updating it weekly if you promise to keep coming back to see where we're at!