McKinsey Digital has created a really neat flash application that maps out the results of their study into where in the world innovation happens, ranking them according to the diversity of the innovations (as measured by the number of companies or industrial sectors filing patents for a given city or region), as well as the momentum of innovation as measured by the number of patents filed between 1997 through 2006 (HT: Core77): 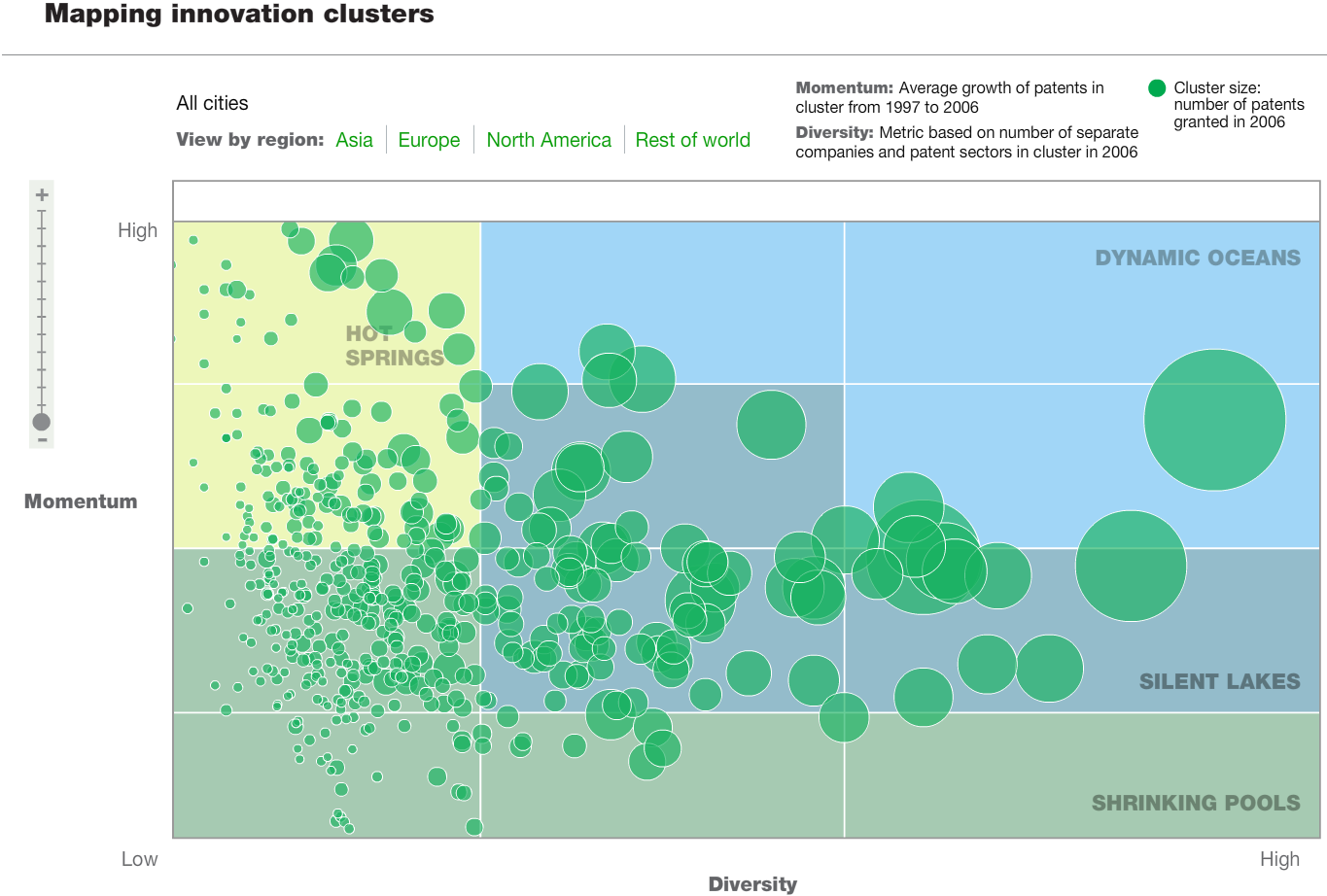 McKinsey Digital has released a new innovation study of the world's leading cities, grouping them into one of four different categories -- "hot springs," "dynamic oceans," "silent lakes," and "shrinking pools."

The most innovative cities are "dynamic oceans," while the "hot springs" are the types of cities with a lot of economic momentum, but in need of a little Creative Class infusion to make them even more vibrant and diverse. In the chart above, Silicon Valley stands alone as the dominant innovation cluster in the world.

We thought it might be fun to go continent by continent through the world's innovation centers. Our first stop is North America: 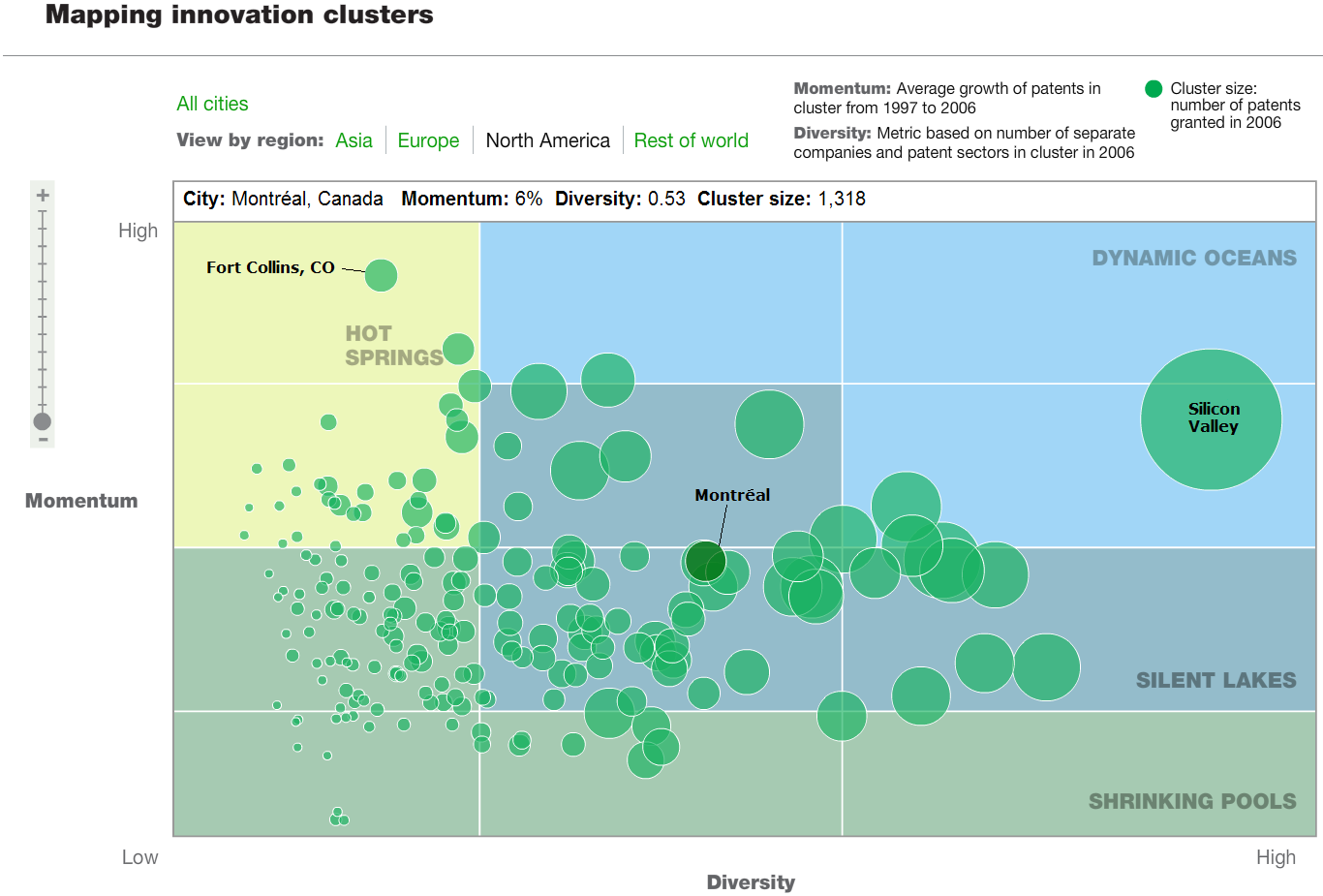 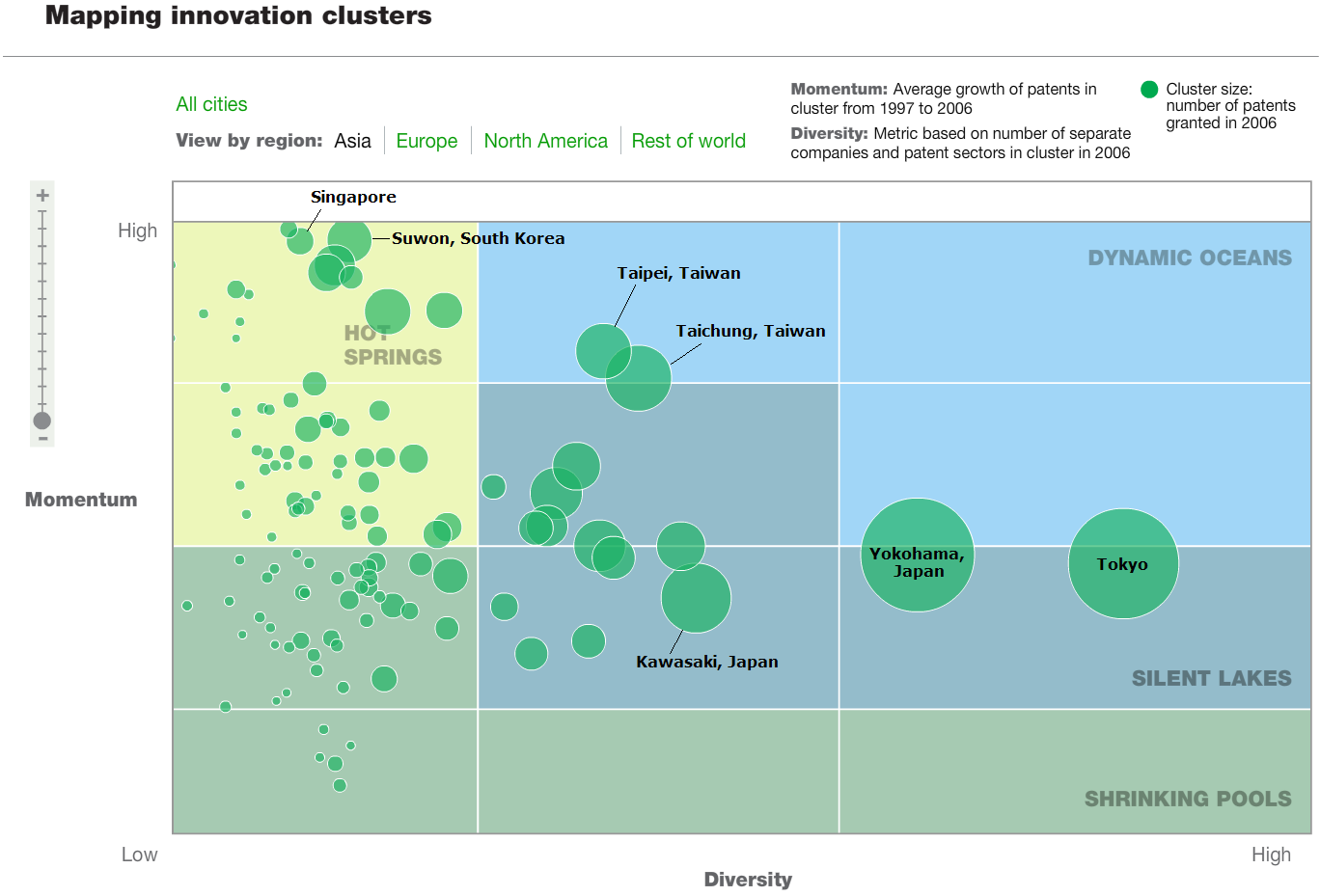 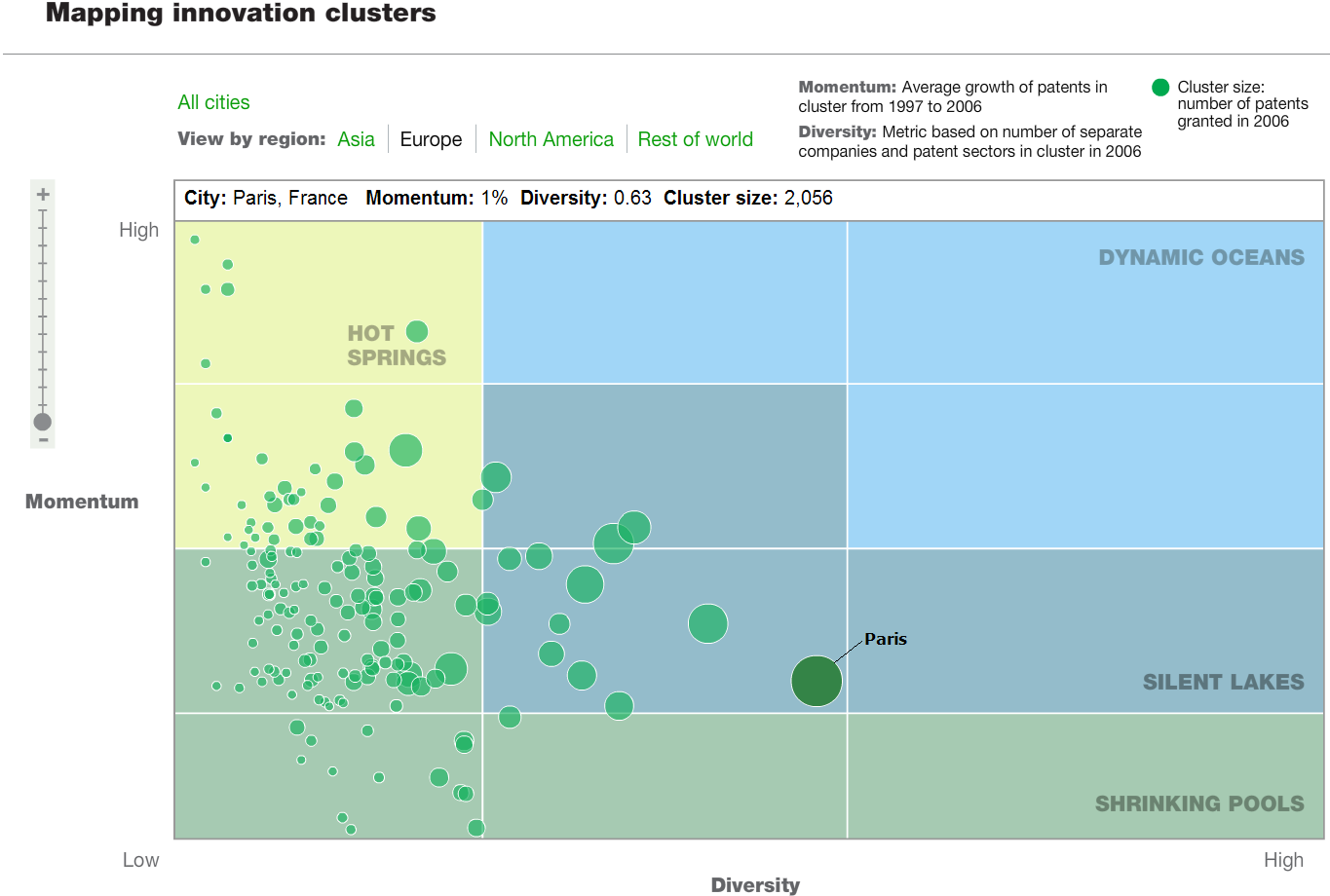 And the rest (our sincere apologies for putting the Ballad of Gilligan's Island in your heads....): 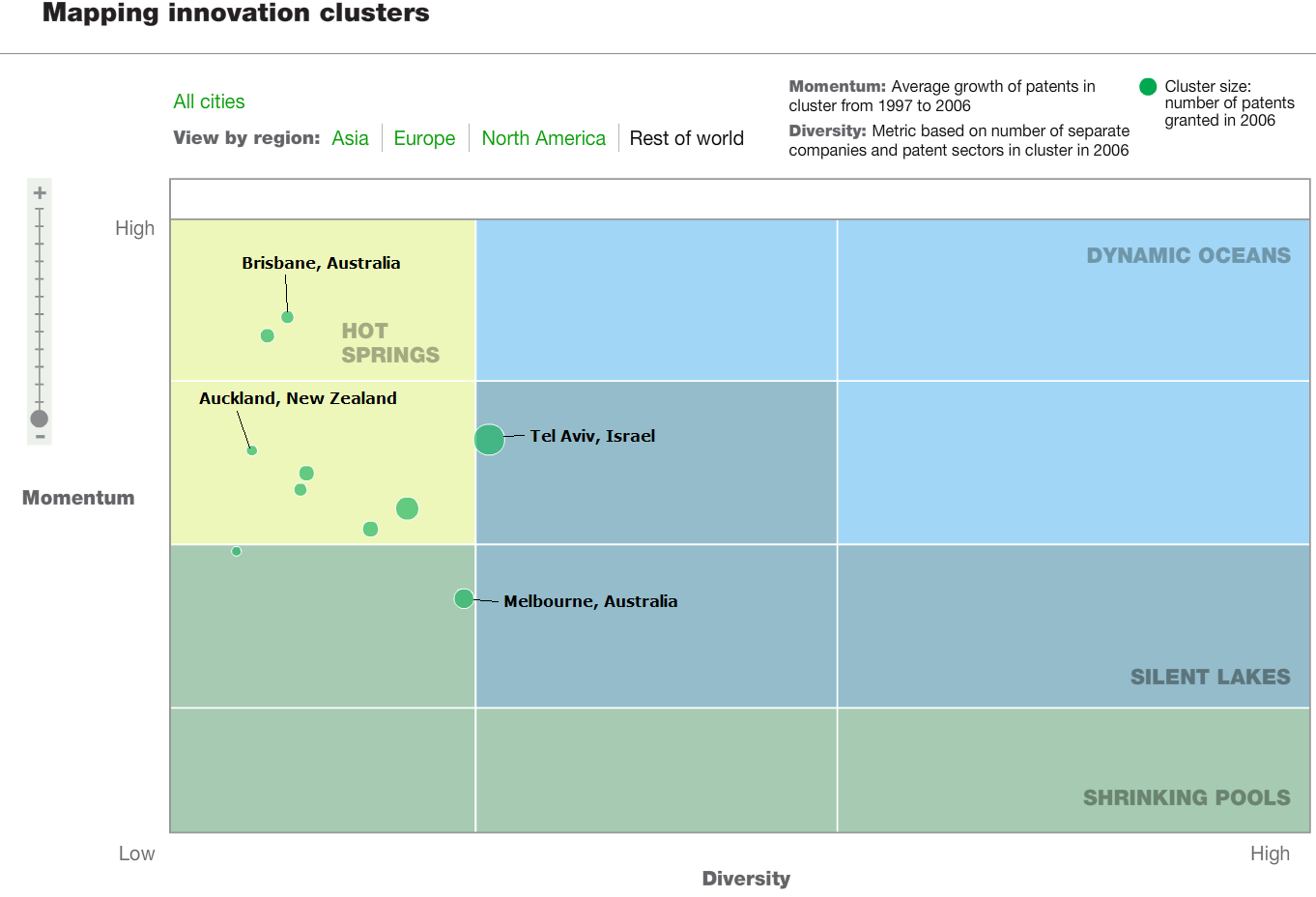