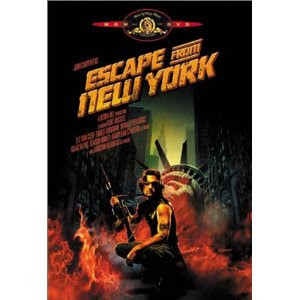 The New York Times' newspaper business continued to decline in 2010, as the circulation of the United States' former newspaper of record further deteriorated beyond the grim milestone it passed in 2009.

Examining the circulation data the New York Times has published in its annual reports since 1993, we've discovered that the New York Times appears to be systematically abandoning its presence in the 31 counties in the New York City metropolitan area that make up its traditional home market in favor of expanding nationally and on the Internet.

The charts below show how the circulation for both the New York Times' Sunday and weekday editions has changed since last peaking in 1993, first within its New York City home market (left) and outside of its home market (right):

The New York Times' strategy to expand nationally appears to have been initiated in 1997 or early 1998. By contrast, it appears that the decision to slowly wind down the newspaper's presence in the New York City market took place in 2001, as the newspaper's weekday circulation began a steady decline in the years following 2001 after holding level for four years in its home market. This outcome suggests a conscious decision on the part of the New York Times' management to either stop trying to sustain the newspaper's circulation levels in New York City or to systematically draw down its presence in its home market to devote its resources to other areas.

The chart and table below presents the New York Times' weekday edition circulation data for the years since 1993, as taken or calculated from information provided by the newspaper's SEC filings: 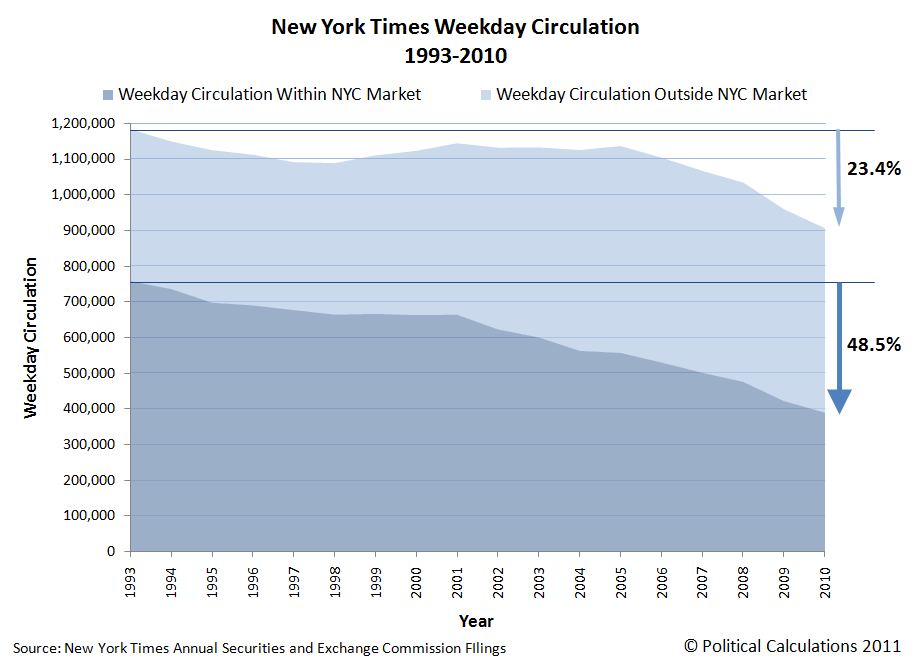 The chart and table below presents the New York Times' Sunday edition circulation data for the years since 1993, as taken or calculated from information provided by the newspaper's SEC filings: 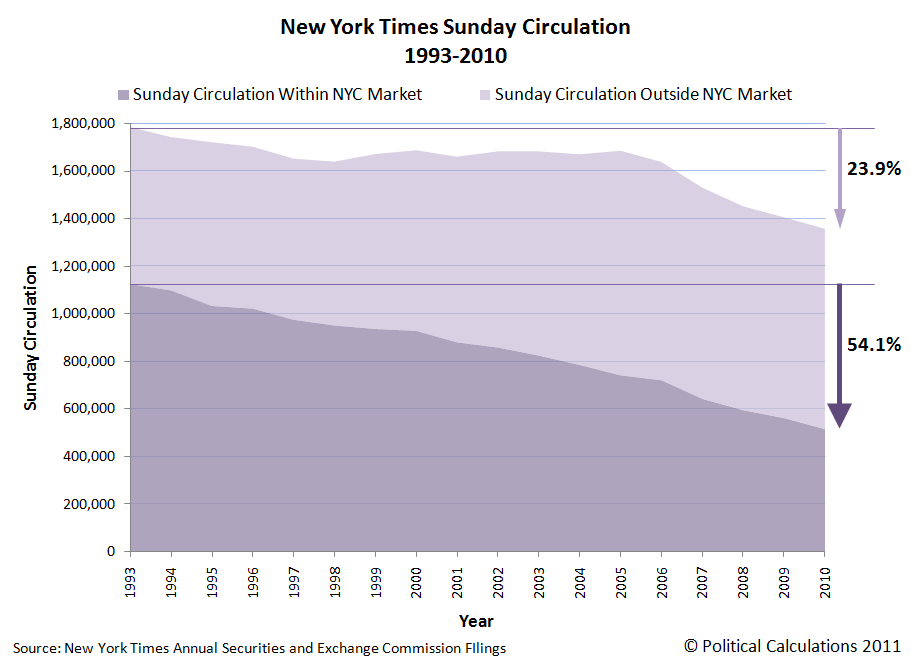 Even with these circulation declines, the New York Times Company was able to post a net profit in 2010 of $107.7 million, even though the company's total revenue fell by 1.9%, from $2.44 billion in 2009 to $2.39 billion in 2010, as the company profited by reducing its costs and its payroll in both 2009 and 2010. At present, we would expect the erosion of the New York Times circulation to continue, given its management's new focus on promoting and generating revenue from its Internet operations.

We wonder at what circulation level will the New York Times' management dispense with the pretense of being a New York City newspaper.

Disclosure: Ironman does not hold any positions in the New York Times (NYSE: NYT).