Political Calculations
Unexpectedly Intriguing!
20 May 2011
What President Obama's Investments Tell Us About the President

Greg Mankiw reacts to the news about where the President is investing his own money these days:

In other words, it looks like the president has less than 10 percent of his personal financial assets invested in equities. This is far, far smaller than financial advisers would recommend. (If you are curious, I am at 60 percent equities.) Either the president is not very financially savvy, or he has reason to believe that the future of the U.S. economy is not very bright.

Or maybe he is just too busy to think about it.

We can rule out the idea that the President is too busy to think about his investments given all the interesting pastimes with which he fills his days, perhaps best demonstrated by the presentation of his March Madness brackets this year, which required a significant amount of preparation on the part of the President to discuss the relative strengths of 64 college basketball teams in making his NCAA tournament picks. 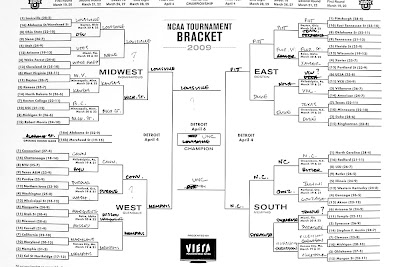 So really, the question is really between whether the President lacks financially savvy in avoiding equities in his investment portfolio, or perhaps is exploiting inside knowledge of the business situation facing publicly traded companies in the U.S., by effectively betting against the prospects of American companies doing well in 2011.

Trading based upon inside knowledge is a widespread problem in Washington D.C., where everyone from elected officials and their family members to Congressional staffers and government bureaucrats exploit what they know about the legislation and regulations they craft and enforce to earn disproportionate gains compared to ordinary investors in the markets, an ethical issue that is not resolved by the blind trusts many politicians set up.

But in this case, given what we've shown about the President's personal finances prior to becoming President, we'd have to say once again that Barack Obama is not a smart man where money matters are concerned.

We'll close by pointing you to a fun parable that helps illustrate the President's lack of savvy about money: Barack Obama's Big Mac Attack!