Let's say that you run your own business, which is located in the United States. If you've been running your own business since 1978, you've probably noticed that you pay a lot more taxes in the form of the employers' portion of federal payroll taxes than you do in outright corporate income taxes. 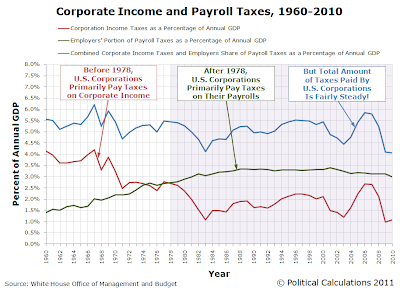 Now, as a business owner who is always looking to reduce your expenses, how might how you pay your taxes affect how you go about doing that with your annual tax bill?

If the majority of taxes you pay to the federal government is in the form of the employers' portion of federal payroll taxes, you would likely consider one of the following options:

The first option is difficult to pull off in practice. Thanks to the effect of inflation over time and competition for your employees services, it's unlikely that you'll ever negotiate a pay cut for your employees that would stick for long.

The second option though might be more viable. You can perhaps work to make your employees become more productive, doing more with fewer people. 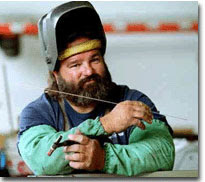 But there are limits to how productive you can make your employees, especially if you work in a competitive environment where your competitors are making similar investments, where the gains you might make might be very short-lived.

And then, what if the work your employees do is such that you must still maintain a good number of people on your payroll. Especially if having too few people would means your business would lose out on business, and revenue, that it might otherwise earn.

One way to get around that obstacle would be to keep people on your payroll, but to put them on your payroll in a way that avoids your having to pay U.S. federal payroll taxes on them. The obvious solution here would be to outsource work to other firms, particularly to those outside the jurisdiction of U.S. tax laws.

That takes money. A lot of money. And since 1978, that's exactly what a lot of U.S. businesses appear to have done. The chart below reveals the U.S. Bureau of Economic Analysis' data on the exponential growth of U.S. business direct investment abroad since 1960. 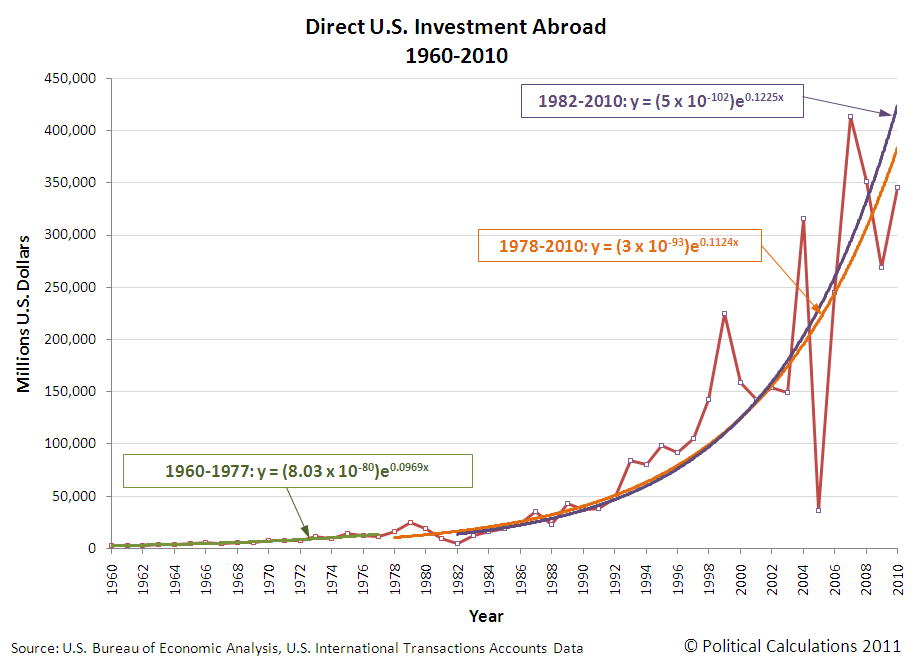 From 1960 through 1977, U.S. direct investment abroad grew at an average annual rate of 9.69%, which means that the total amount of U.S. investments abroad would double once roughly every 7.4 years. But then, that was before the amount of taxes that businesses pay on their payrolls in the U.S. regularly began exceeding the amount of their corporate income tax bills. 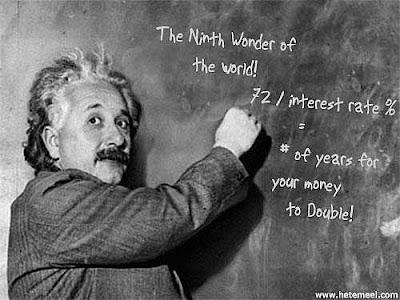 The period since 1982 is significant because the very next year marked a significant and permanent increase in the tax rates that apply for federal payroll income taxes. On 20 January 1983, the National Commission on Social Security Reform recommended hiking payroll taxes to prepare for the retirement of the Baby Boom generation. On 20 April 1983, those recommendations became law as the Social Security Amendments of 1983.

These payroll tax increases could well have provided the increased financial motivation for U.S. businesses to increasingly invest so much more outside the United States, where they could avoid the U.S.' relatively higher taxes. We'll soon check into the unintended consequences to the U.S. economy from this single change in U.S. tax policy and its incentive effect upon U.S. businesses.