We now have enough data to be able to project the direction of the newest trend in U.S. layoff activity. The charts below reflect that new trend, for which we treated the seasonally-adjusted data for initial unemployment insurance claim filings of the week of 30 April 2011 as an outlier. The first chart represents the primary trends seen since 1 January 2006: 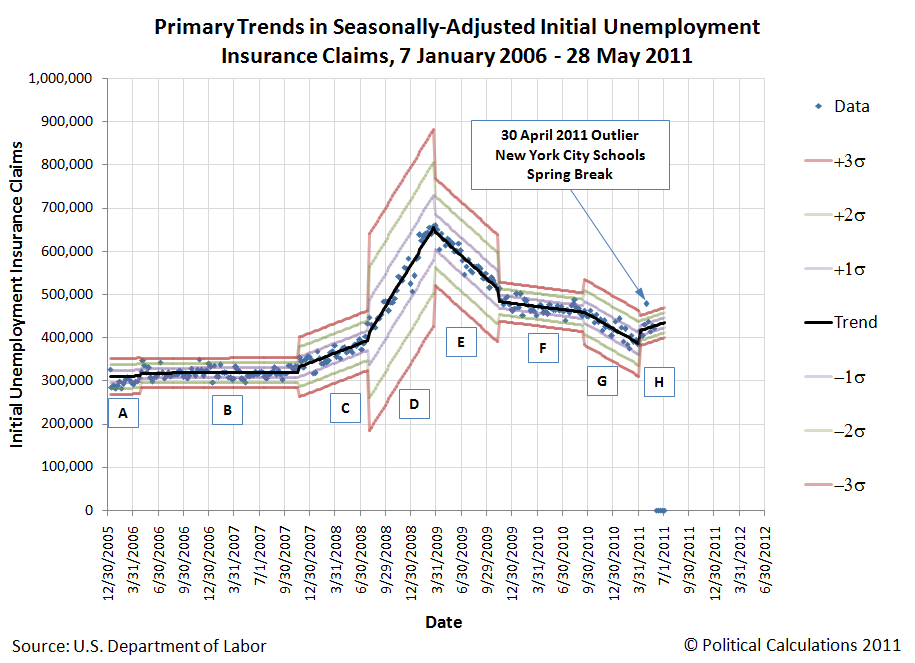 Our second chart narrows the bands for the range into which seasaonally-adjusted new jobless benefit claim filings are likely to fall while the new trend remains in force: 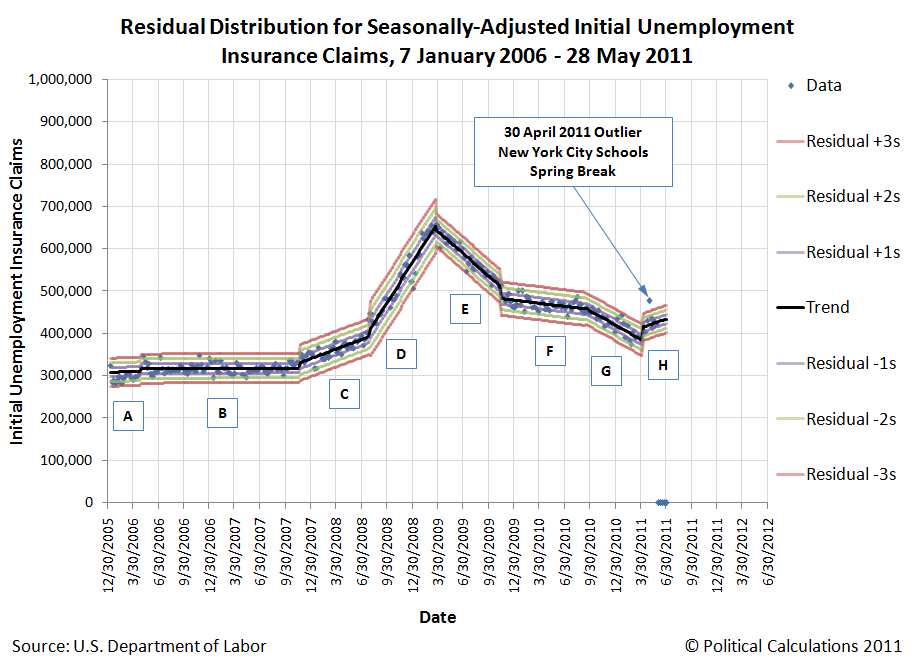 At present, it appears that the overall trend is negative, as it appears that jobless benefits will be likely to generally rise in the weeks ahead, although with such a limited number of data points to define the trend so far, there can be quite a bit of volatility in the direction of the trend until it becomes more established.

We've identified the data point for 30 April 2011 in both our charts as an outlier, as this coincides with a sharp seasonally-driven increase in new unemployment claims in New York state, as thousands of school workers in the state filed for unemployment insurance compensation during their schools' annual one week long spring break period, the timing for which wasn't fully accounted for in the Bureau of Labor Statistics' seasonal factor adjustments.

So they weren't really laid off, nor did they lose any job benefits, but apparently, in New York, it's okay to have a union job with the government's public schools and get unemployment benefits if you're scheduled to be off work for a week, because well, that unemployment check is just another job perk provided for by the taxpayers.

Meanwhile, we've also updated our table describing the major trends in U.S. layoff activity to include the newest trend:

We're pretty sure this isn't shaping up to be the kind of "recovery summer" the Obama administration was hoping would change their fortunes for the better last summer, but didn't. We suppose there's always next year.