Who donated money to U.S. charities in 2010? And how much money did they give?

Via the National Park Service (really!), who tapped the 2010 report on charitable giving produced by the American Association of Fundraising Council, through Giving USA, we have the answers to these two questions! The chart below summarize what we found: 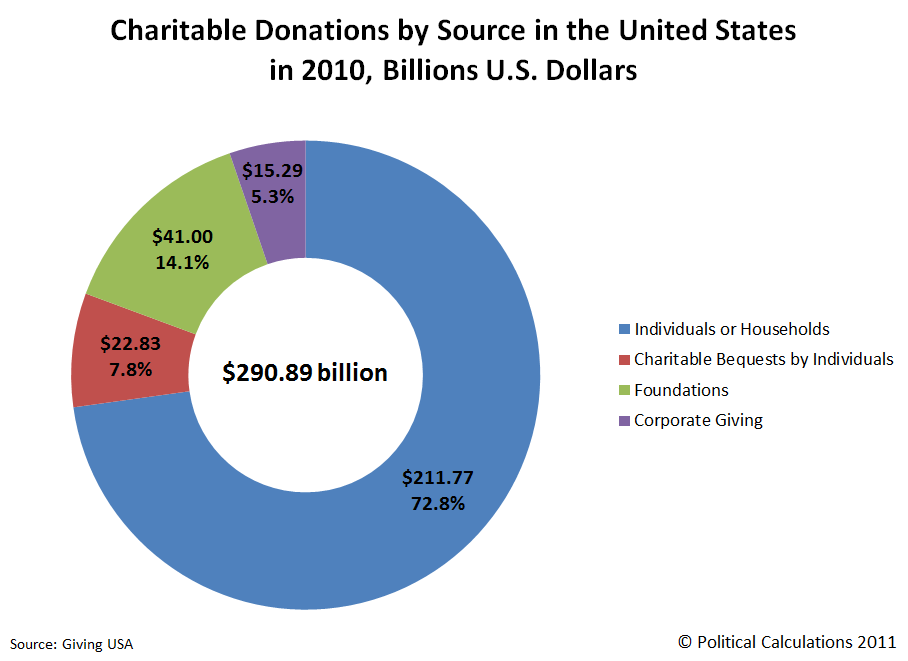 Overall, 72.8% of the estimated total of $290.89 billion for all estimated charitable contributions in 2010 were donated by American individuals and households, or $211.77 billion.

Going by tax data reported by the CBO for 2008, approximately 87% of these charitable donations by individuals and households were claimed on U.S. income tax returns. The remaining 13% were made by Americans who did not itemize their charitable giving on their tax returns.