Both questions are answered in the chart below, at least for the years from 2002 through 2010!... 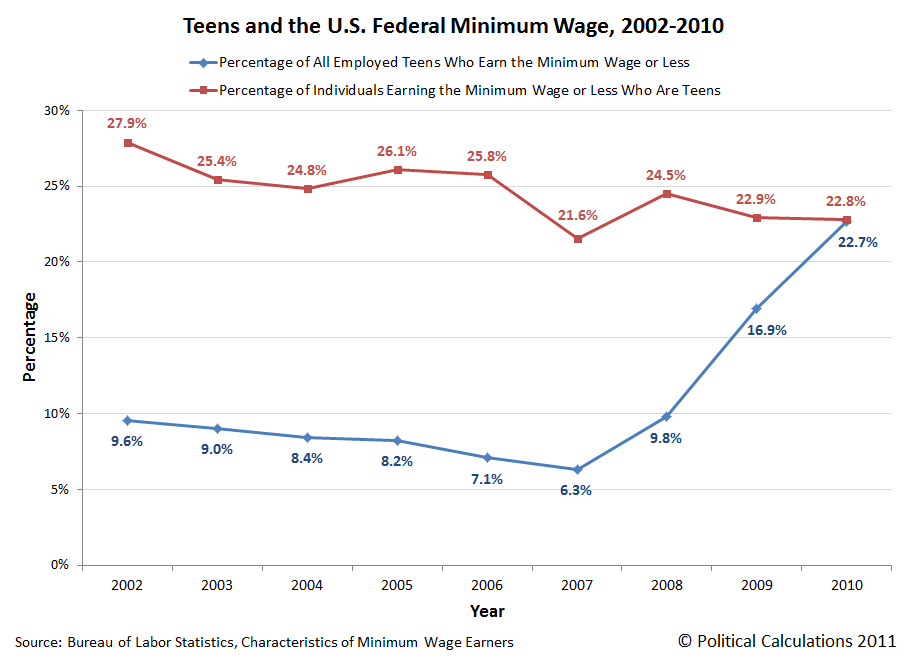 As of 2010, approximately the same percentage of teens earn the federal minimum wage or less as there are teens among the nation's minimum wage earners.