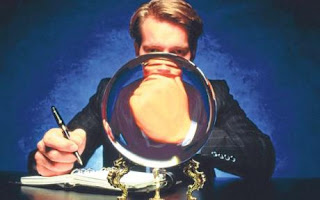 On Wednesday, 8 September 2011, the fog obscuring our view of the future suddenly lifted and we could finally see what lies in store for the U.S. economy all the way to the end of 2012.

Or, to put it less mysteriously, our primary source for tracking the S&P 500's dividend futures from day to day expanded their projections to include the third and fourth quarters of 2012!

We took that as our cue to also update the historic stock market data that we maintain in our signature tool, The S&P 500 at Your Fingertips with the most up-to-date earnings and dividend data available from S&P's Market Attributes series - specifically the S&P 500 Earnings and Estimates data, which is posted under the S&P 500 Monthly Performance Data section.

We then combined the dividend portion of that recorded data with our calculation of what dividends are currently expected to be paid out by the companies that make up the S&P 500 in future quarters through the fourth quarter of 2012. The chart below shows what that looks like for the dividend futures in place for 12 September 2011: 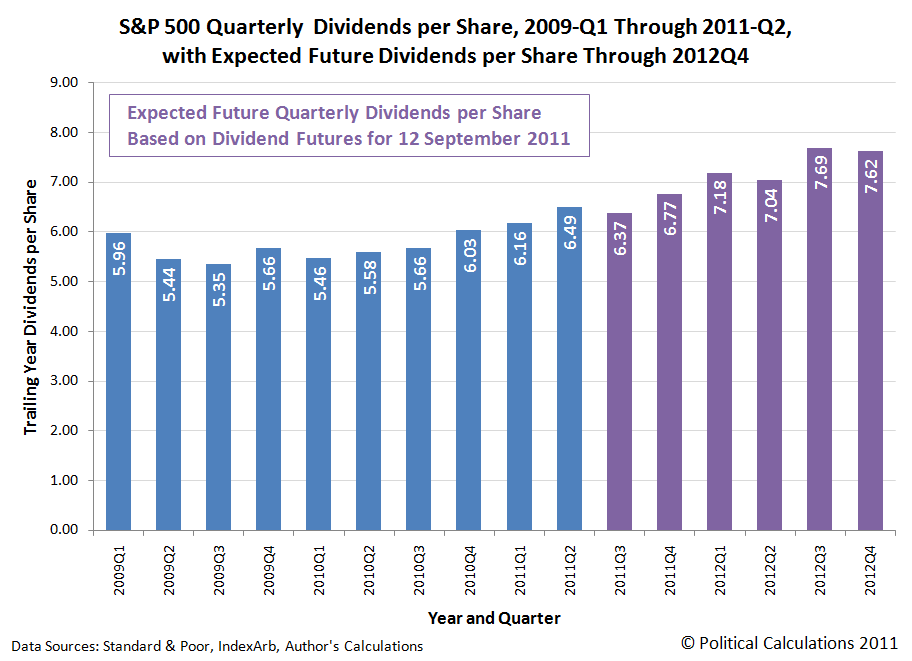 Taking the S&P 500's dividend futures data as a proxy for how investors expect the private sector portion of the U.S. economy will perform going forward from this point in time, the data suggests that the economy will pick up the pace of growth through the end of 2011.

That situation is unlikely to continue very far into 2012 however, as the quarterly dividends per share currently expected to be paid out declines for both the second and fourth quarters of 2012.

Of these two declines, the projected dip in the quarterly dividends of the fourth quarter of 2012 is of greater concern, because typically, the fourth quarter of a year sees the highest amount of dividends being paid out for that year. (The chart above shows an aberration in that typical pattern, as it picks up with the economic meltdown that was in already in progress during the first quarter of 2009, which then played out with the stock market's dividends through the rest of that year.)

With that being the case, what the dividend futures are now signalling is that the U.S. economy will begin slowing again in the first half of 2012 and will be facing recessionary or near-recessionary conditions in the latter half of 2012.

We've also updated our chart tracking the changes in the rate of growth of both stock prices and dividends per share for the S&P 500: 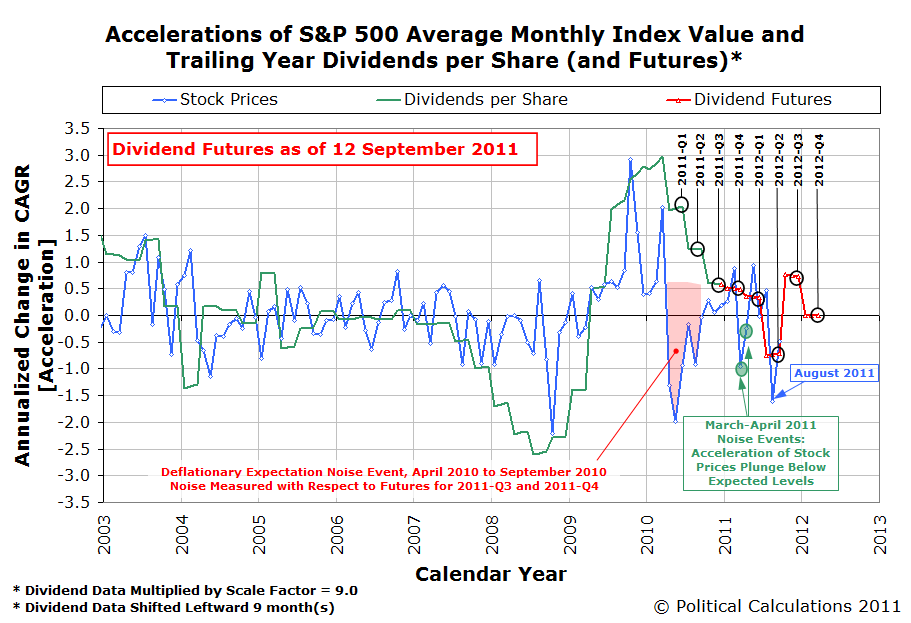 Here, with the adjustments we've made to the historic dividend data combined with the new projections for the futures data, we observe that investors are currently focused on the second quarter of 2012. This observation is consistent with today's stock prices being driven more by changes in fundamental expectations at present than by noise.