Which states have the highest average workers' compensation tax rates? And which have the lowest?

The answer is presented visually below: 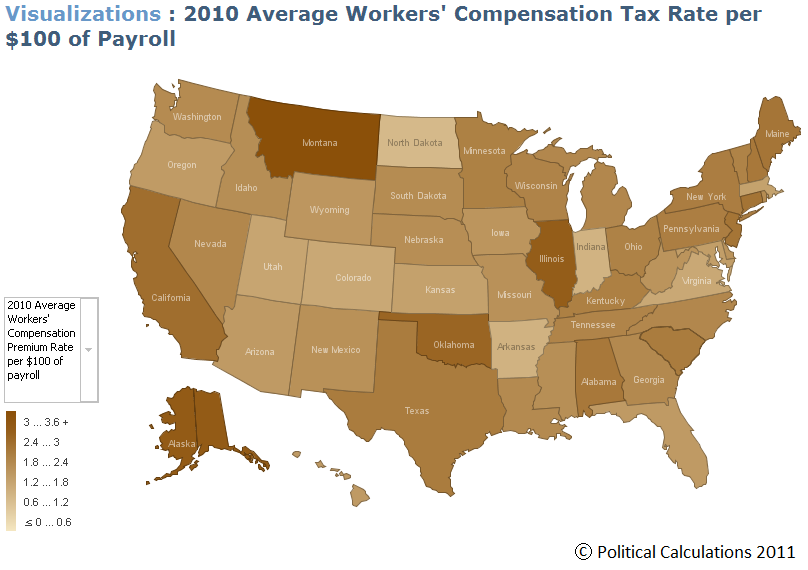 We've posted an interactive version of the chart above, and we've also made the data publicly available through IBM's ManyEyes data visualization site.

We used this data in our "How Much Does It Cost to Employ You? (2011-12 Edition)" tool, as it's the most recent we have available. We'll be exploring the other data behind the tool later this week!