A quick story in two snapshots. First, the expected future trailing year dividends for the S&P 500 through the fourth quarter of 2012: 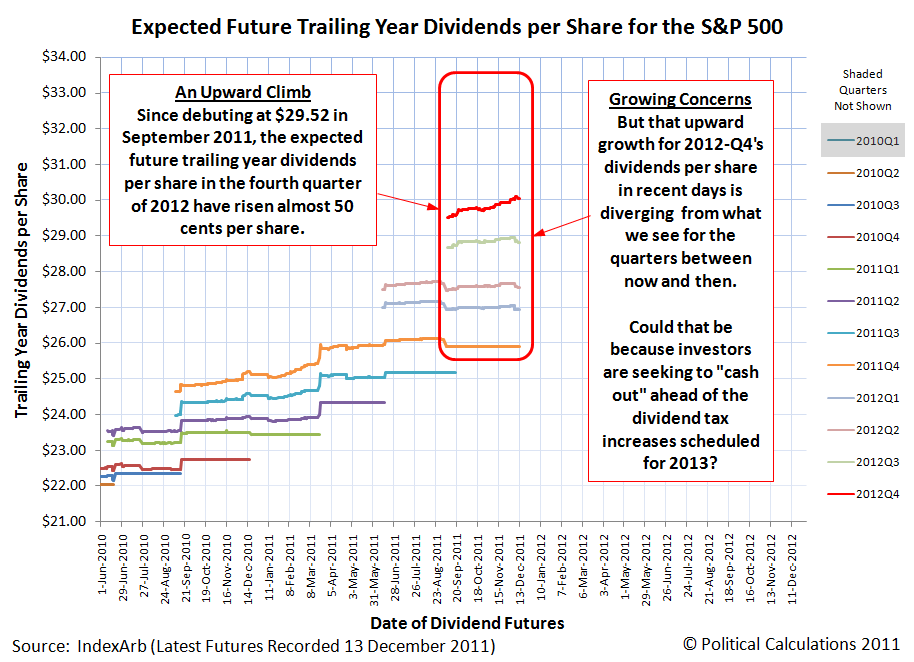 Second, the tax rates that apply to dividend income from 2003 through 2012, and the expected tax rates that will apply for 2013 onward, given current law in the U.S.:

What effect do you think those much higher tax rates will have upon stock prices beginning in 2013? Especially since the long-term capital gains tax rate will be so much less? Here's what history says, but remember, it ends badly, except perhaps for the insiders....

Speaking of which, here's what they're up to today!