How much of the revenue Planned Parenthood generates through its health center affiliates comes from performing abortion procedures? 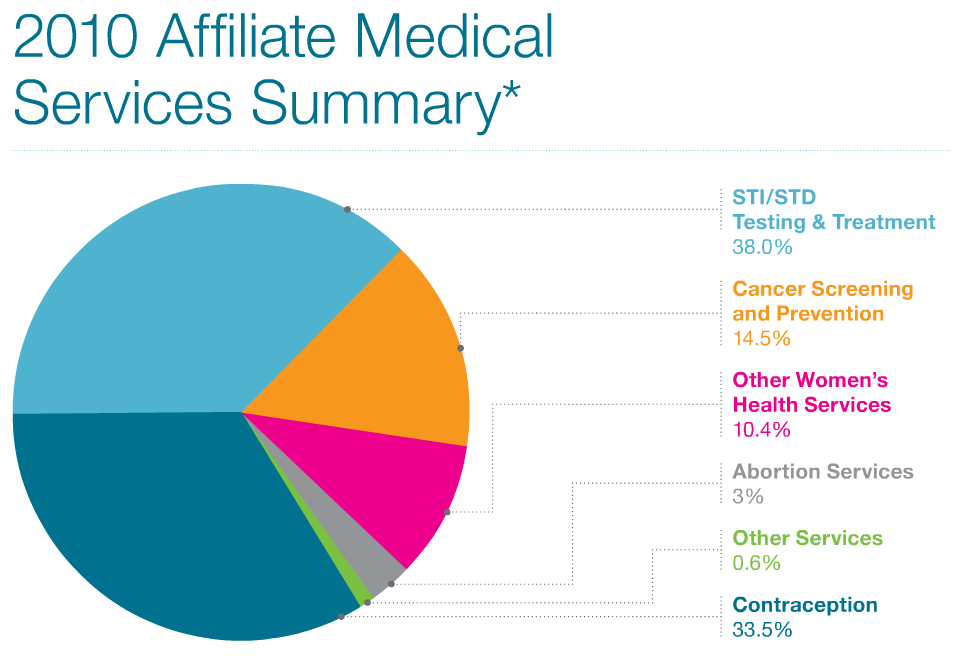 We suspect this chart was generated to attempt to underemphasize the extent to which Planned Parenthood's provision of abortion services add to its bottom line through the health centers the organization's affiliates operate. [As an aside, that contribution is even visually understated in Planned Parenthood's pie chart, in that abortion services are depicted in a very understated gray tone, where all the other procedures are shown in bright color.]

Since we've already worked out the average price paid for the majority of abortions performed by annual caseload volume of non-hospital abortion providers in the United States for 2008-09, we'll go back to Planned Parenthood's 2008-09 annual report to work out how much of the revenue it generated from abortion services contributed to its overall revenue for all the health services it provided in that year.

Will it be just 3%, as the pie chart depicting all of the health services Planned Parenthood provided in 2009-10 suggests? Our pie chart below provides the answer: 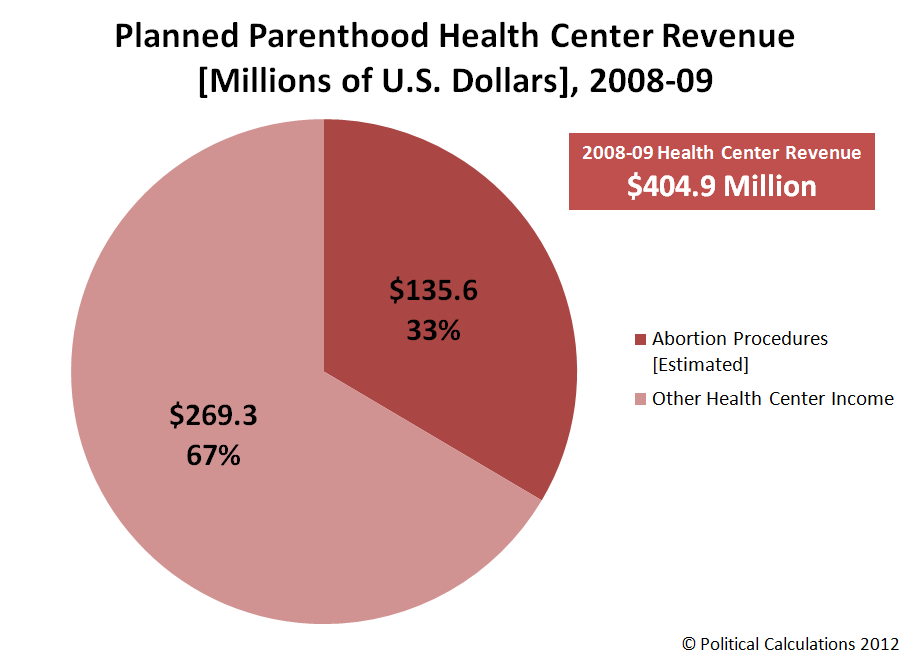 In 2008-09, Planned Parenthood reported that it generated $404.9 million in revenue through the health centers operated by it and its affiliates. Our low end estimate of $135.6 million for the 324,008 abortion services the organization performed in that year would then represent at least one-third of all the revenue generated by the organization through its health centers.

To put that into the context of Planned Parenthood's total revenue for 2008-09, the amount of revenue the organization generates through abortion services would account for 12.3% of all its annual income, or very nearly 1 out of every 8 dollars: 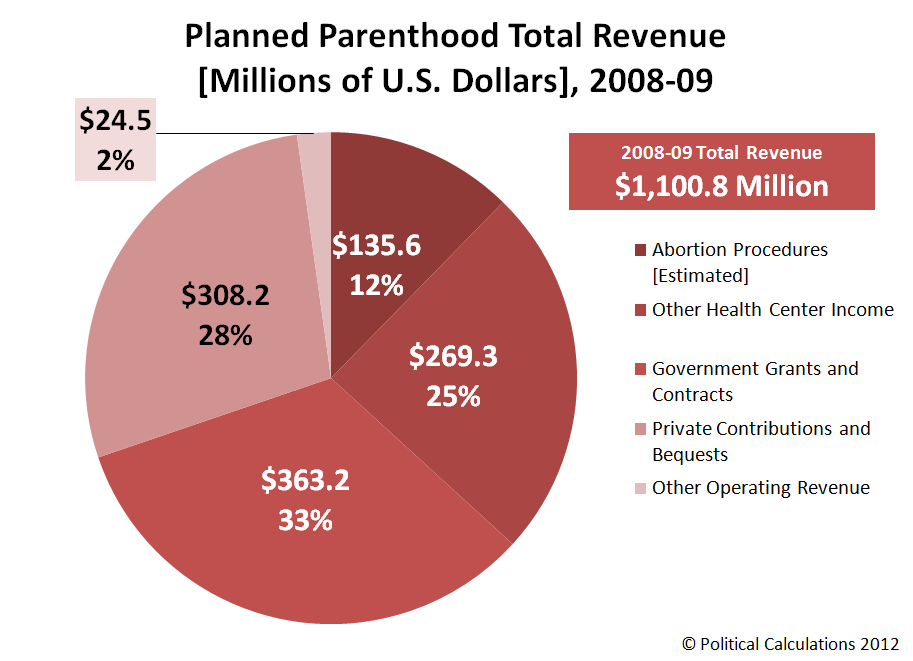 As such, despite representing just 3% of Planned Parenthood's reported number of health services provided each year, abortion represents the core business of the organization.