Two weeks ago, we observed that the number of seasonally-adjusted initial unemployment insurance claims being filed each week was still following the same trend it has since 9 April 2011, but that it was becoming increasingly volatile, suggesting that the trend is beginning to break down:

Today's number also underscores the increasing level of volatility in the data - when the current trend was establishing itself, it was characterized by relatively small changes in the number of new jobless claims being filed from week to week.

Today new data marks the fourth time in the last six weeks in which the size of the change in the reported numbers from week to week has exceeded one standard deviation. That's specifically what we're looking at when we suggest that the established trend may be beginning to break down.

The chart below reveals that if anything, that volatility has increased, although it still appears to be following the established trend of an improving (falling) number of claims over time at this point. 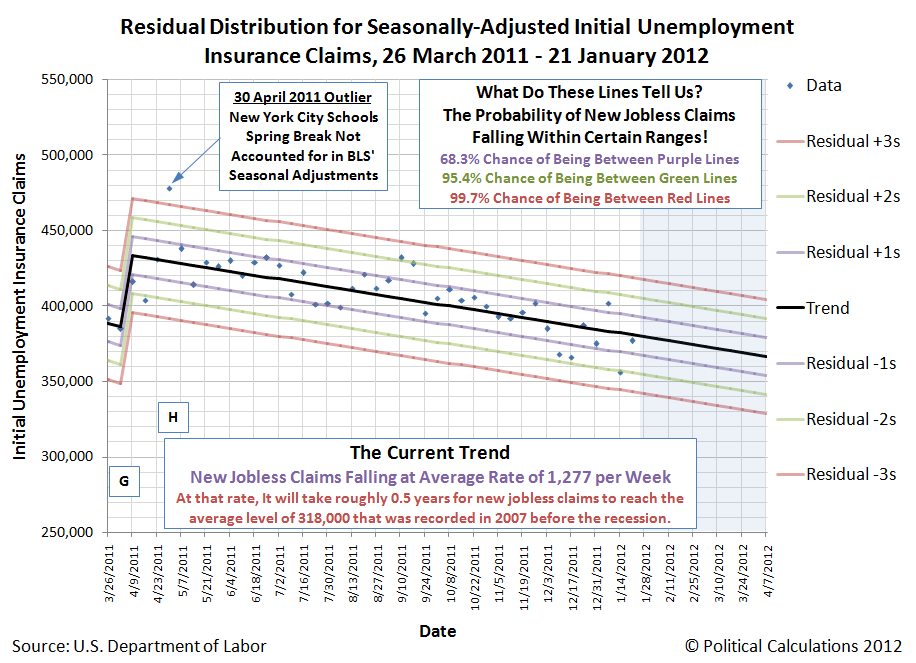 If we look just at the micro-trend established since 26 November 2011, when the level of volatility in the data really took off, the data suggests that the rate of improvement in the number of new jobless claims filed each week is leveling off between 370,000 and 380,000.

Hopefully, things will settle back down and the number of new jobless claims filed each will will continue to improve until they reach the average level of 318,000 that was typically recorded in the months prior to the most recent recession.