Political Calculations
Unexpectedly Intriguing!
January 17, 2012
The Providers of Abortion in the U.S.

Who provides abortions in the United States?

The chart below reveals what we found for the year 2008, which corresponds to the most recent year for the U.S. Centers for Disease Control has published data regarding the racial distribution of who obtains abortions in the U.S., which we referenced in our previous post on the topic. The sources for the information in the chart below is the Guttmacher Institute and Planned Parenthood: 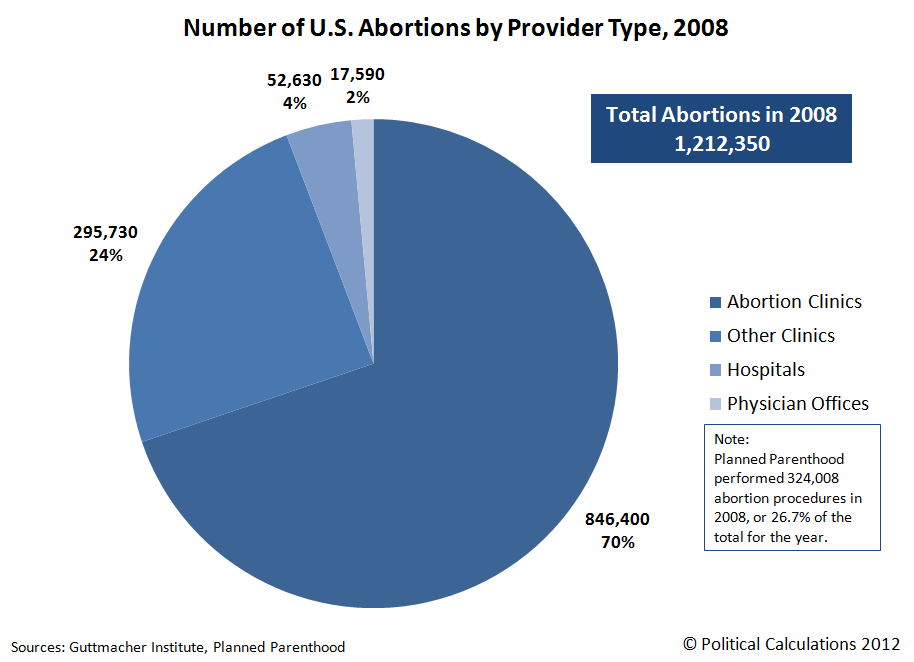 Planned Parenthood, the largest provider of abortion services in the United States, accounted for 26.7% of all abortions performed in 2008.