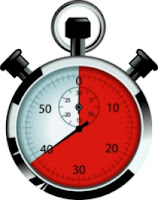 "Throughput" is a term that comes from high volume manufacturing operations, which refers to the amount of material that is processed within a given amount of time, or in the case of computers, the number of operations that are performed within a set time interval.

The question arises because of the great differences we observed in the annual caseloads for the various types of abortion providers. Our first chart below shows the percentage distribution for the 1,793 abortion providers counted in 2008 with the number of abortions procedures performed by each: 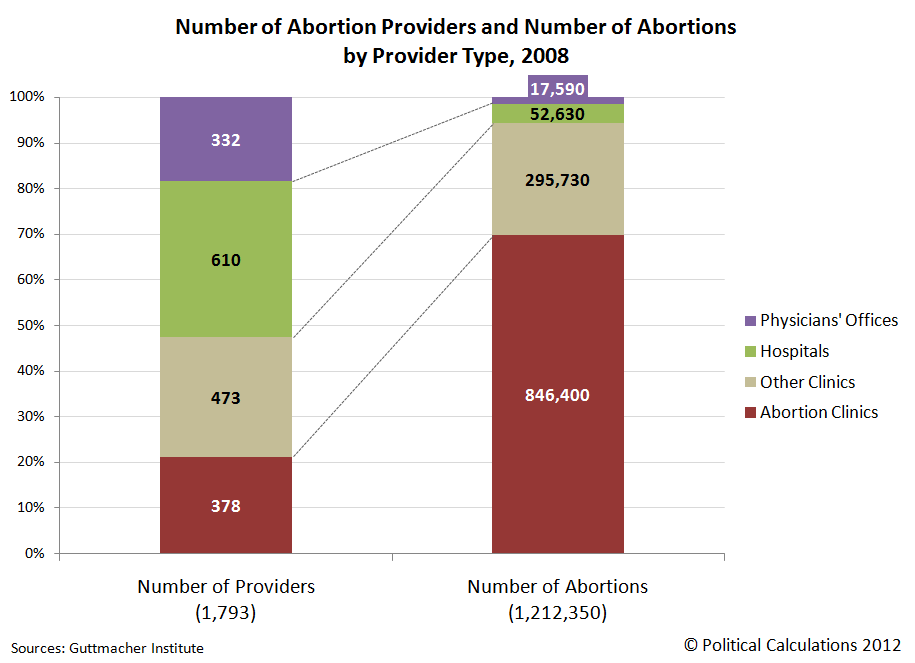 As you can see, nearly 70% of all abortions are performed in just 378 abortion clinics, while another 24% are performed in 473 "other" clinics. A balance of just under 6% of the total are split between 942 hospitals and physicians' offices.

Our next chart shows what we found when we looked at abortions performed in the 378 dedicated abortion clinics in the United States: 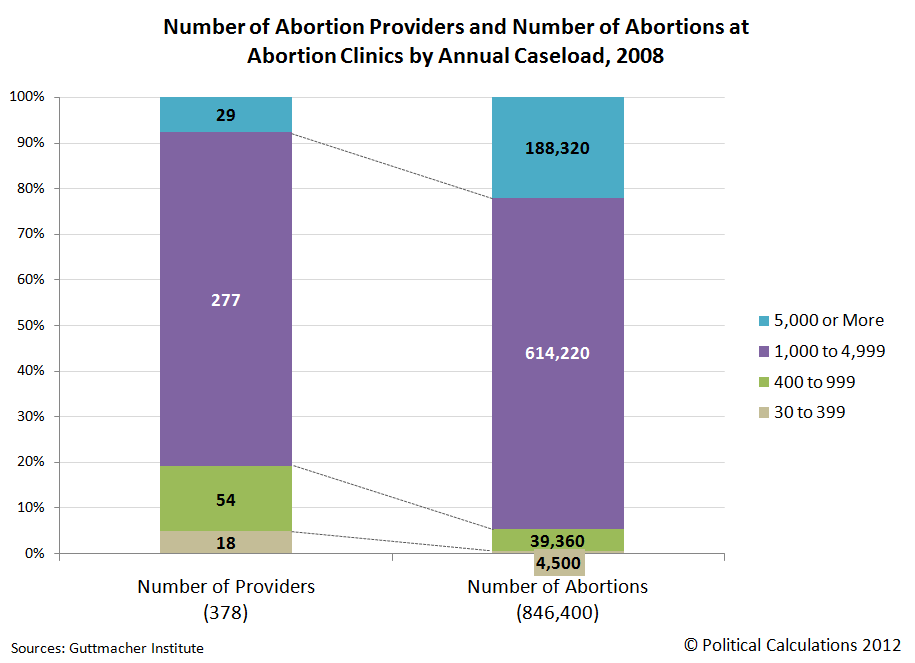 Our next chart repeats the same exercise for the "other" clinics. One immediate difference between the two providers is that no clinics that are counted among the 378 dedicated abortion clinics performed fewer than 30 abortions in 2008. 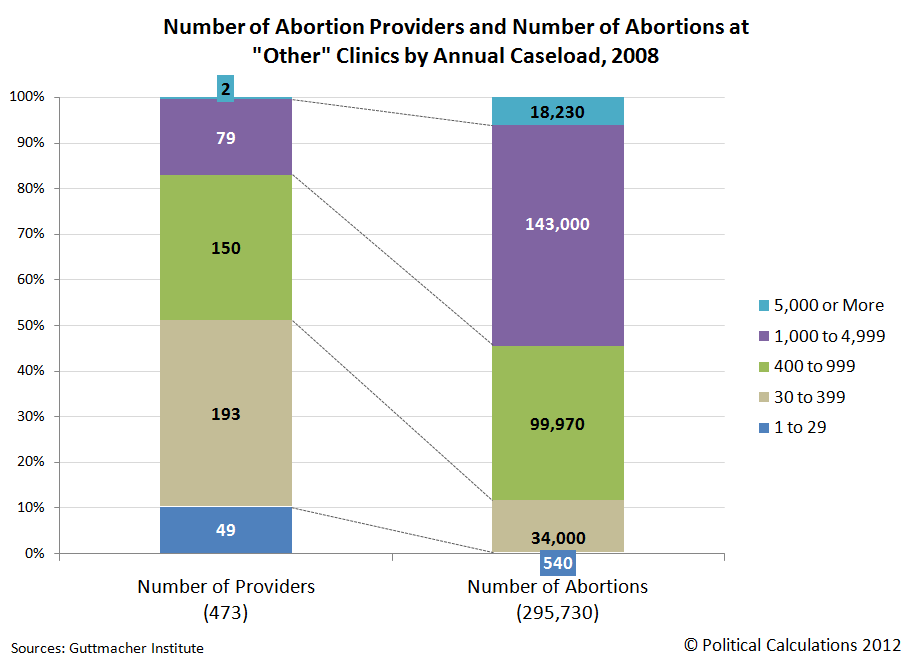 We next determined the following average throughput values by assuming a seven-day per week operating schedule, which might be common for these high-volume abortion providers.

But for the two "other" clinics that weren't counted among the specialized abortion clinics, but still had an annual caseload exceeding 5,000 abortion procedures per year, the average throughput is approximately 25 per day.

For a standard 8-hour work day, that last throughput value equates to 3.1 per hour.

To put that value into perspective, since most of these procedures represent surgical abortions, if there were only one doctor performing these procedures at these clinics, they would rank among the fastest in the world.

Notes About the Various Types of Abortion Providers

The Guttmacher Institute provides the following description of each type of abortion provider:

Types of Providers and Abortion Caseloads

Hospitals. Thirty-four percent of abortion providers were hospitals in 2008, but these facilities accounted for only 4% of all abortions. Many hospitals provide abortions only in cases of fetal anomaly or serious risk to the woman’s health, and a majority (65%) performed fewer than 30 abortions in 2008. Twenty-two hospitals reported 400–999 abortions during the year, and only nine reported 1,000 or more.

Physicians’ offices. Some 19% of providers were physicians’ offices, but these facilities accounted for only 1% of all abortions. A majority of these offices (57%) reported fewer than 30 abortions; our survey may have missed a number of small providers in this category.