How much power does America's wind industry produce every day?

To find out, we started with the U.S. Department of Energy's current estimate of the total installed wind capacity in the United States, as of 30 September 2011: 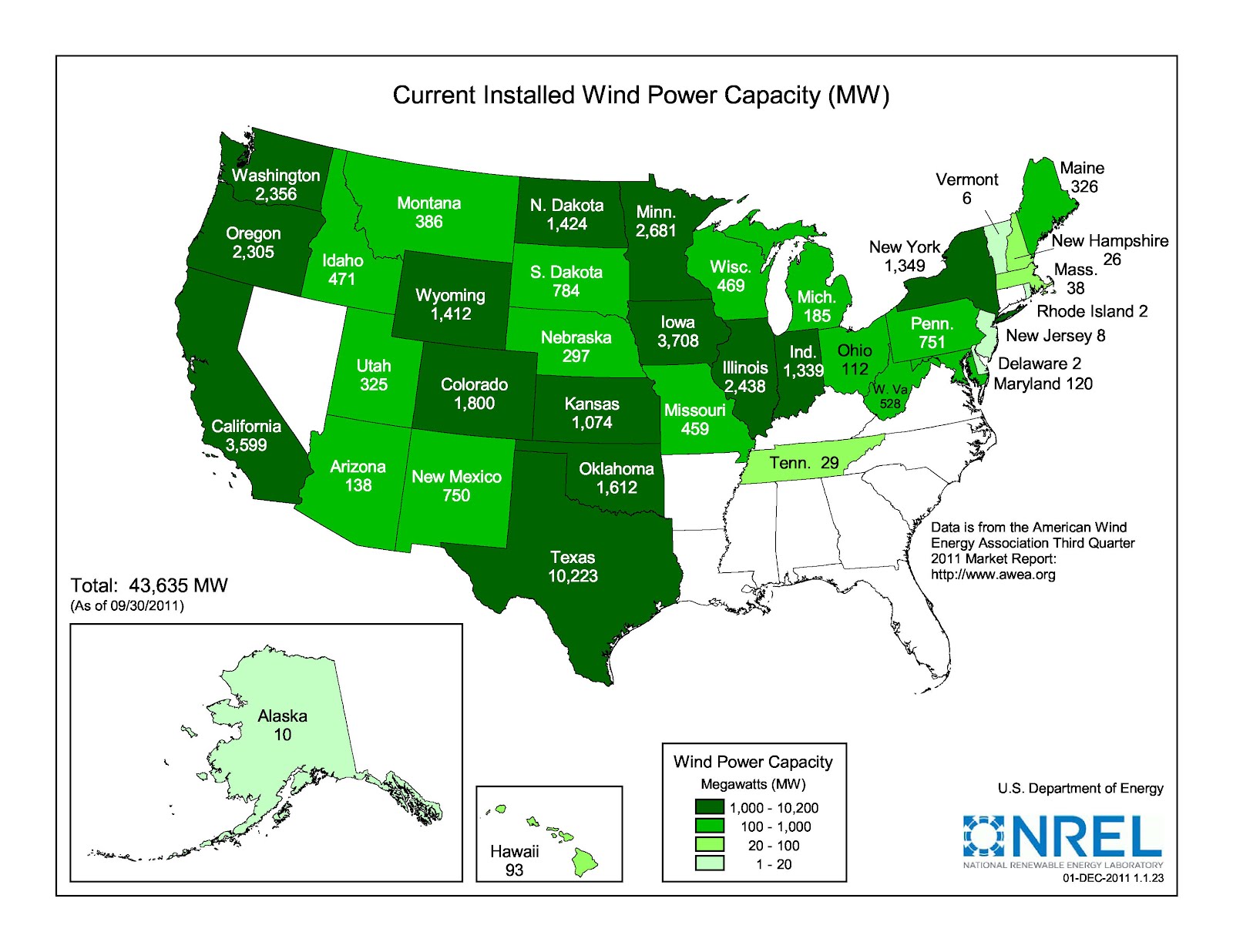 Here, we find a total of 43,635 MW of installed wind power capacity across the U.S.

Next, we borrowed the Coyote's back-of-the-envelope math to estimate how much power that installed capacity is generating from the wind, coming up with an estimate of 314,172,000 kiloWatt-hours per day.

Then, we compared the amount of energy that would have been pipelined through the U.S. if President Obama not arbitrarily rejected the Keystone XL pipeline project: 1,530,000,000 kiloWatt-hours per day.

So we see that just this one pipeline project, which would add to the estimated total of 55,000 miles of crude oil trunk lines in the U.S., would outproduce the entire U.S. wind power industry in terms of actual energy production by a factor of nearly 5 to 1. And it's not like major crude oil pipelines don't already criss-cross the entire continent:

You would think with that kind of influence over the White House, that the U.S. wind industry lobby would be able to stop the expiration of the federal government's wind energy tax subsidies, which will help pay for the recently announced payroll tax cut. But apparently, they collectively couldn't generate enough support to keep that particular corporate welfare program running.